Like putting down a beloved family pet, “…I Lose Myself” brought Fear the Walking Dead’s abysmal fourth season to a merciful, overdue close.

Like putting down a beloved family pet, “…I Lose Myself” brought Fear the Walking Dead’s abysmal fourth season to a merciful, overdue close.

It’s fitting that the bulk of “…I Lose Myself” was devoted to the conflict between Morgan and Martha, which emerged a few episodes ago and has never made any sense whatsoever. That’s the fourth season of Fear the Walking Dead in microcosm: Idiotic, contrived, nonsensical, and utterly abysmal on every conceivable level. I’m thrilled it’s over. I’m just annoyed that I had to sit through such a pathetically, embarrassingly incompetent finale just to see the end of it.

For reasons beyond me, Morgan broke away from the group to attempt to “save” Martha because he “used to be her”, despite her having tried to kill him and all his new mates multiple times since her silly introduction in the back half of the season, and despite, crucially, him having repeatedly atoned for his perceived sins again and again and again throughout the season. In fact, this season has been very little but Morgan atoning for past sins, strung together with dull, repetitive scenes of him explaining in minute depth why he feels he needs to atone. Lennie James is excellent and Moralistic Morgan isn’t even a bad character, on the whole, but promoting him to the show’s lead was a catastrophic error from which Fear the Walking Dead will likely never recover.

While Morgan spent “…I Lose Myself” cosying up to a nutcase serial killer, the rest of the group lounged around at Polar Bear’s truck stop, supping water that Martha had sneakily laced with antifreeze. So they all end up sweating buckets and on death’s door until Morgan can helpfully radio in with a diagnosis. June, because she’s a medical professional and therefore possessed of limitless plot-convenient factoids about poisoning, realises that the antidote to antifreeze is ethanol. And wouldn’t you know it, but there’s a truck full of the stuff right outside. 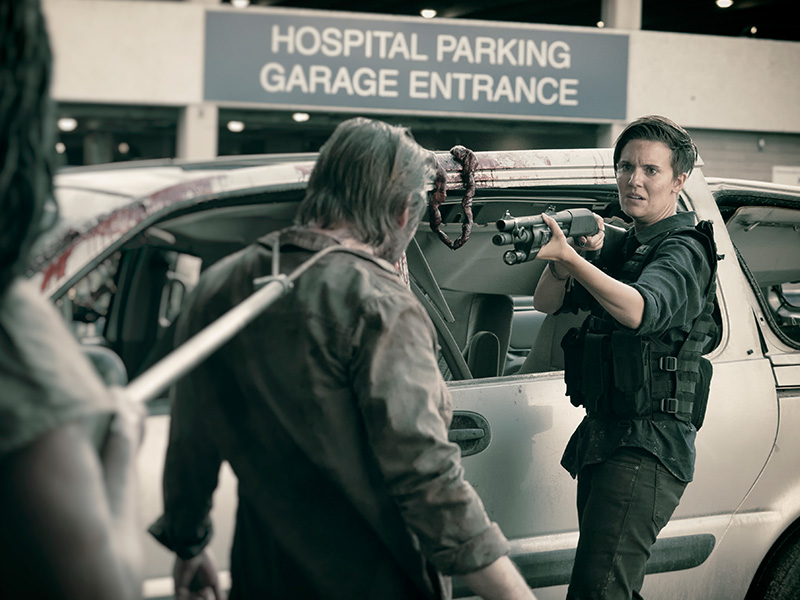 And so begins perhaps the stupidest sequence of television I’ve seen in my entire life, which is a staggering achievement. Our heroes fight their way outside to the truck. But the handle is stuck, which gives the nearby zombie horde a chance to overwhelm them. Althea, back in the SWAT van, recklessly opens fire and pumps multiple holes in the side of the ethanol tanker, and the fluid begins pumping out onto the tarmac. At this point, all of the characters completely ignore it and go back inside.

This is insulting. How am I, a grown man, supposed to accept that these people who are dying from poisoning would stand by and watch the antidote pour onto the floor? Strand was carrying a container! He could have filled it from the holes! They could have stood right there and swallowed the ethanol straight from the tank!

The writers of “…I Lose People”, who I didn’t bother to look up, are openly mocking the idiots – like me – who still watch this show. They’re stealing a wage. They’re sitting around with their feet up laughing at the prospect that a not-insignificant number of people sit down each week to be given the middle finger by their thoughtless, inane bullshit. 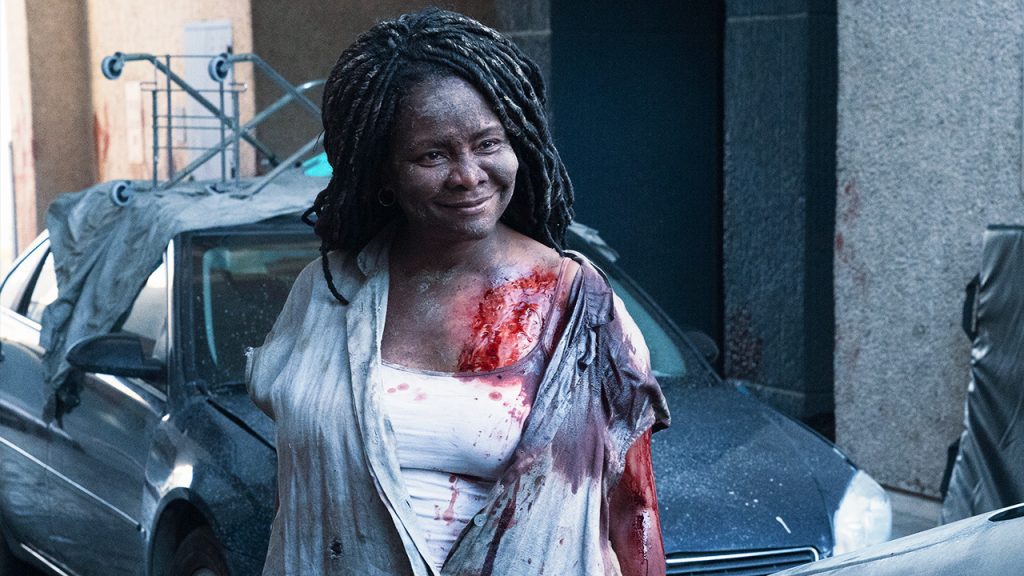 Of course, all this was in service of the momentous moment when Morgan returned with a truck full of Jim’s beer. Oh, what a noble saviour. What a hero! He has arrived with unequivocally the least-effective form of ethanol to counteract antifreeze poisoning: Beer! Not strong spirits, no whiskey or vodka or gin or brandy, but Jim’s shitty home-brew beer. F*****g Jim. I didn’t even like him when he was alive.

And after all this, after sixteen episodes of galling stupidity, absurd plotting, reams of nonsensical bullshit and every major character from the first three seasons having been either killed off or reduced to an inconsequential nonentity, after all that… Morgan decides he’s not going to Virginia anyway. The entire thing was just a cheap trick to keep viewers involved for long enough to properly let them down at the end. Fear the Walking Dead doesn’t deserve another season. It deserves to be ignored and derided and scorned. The whole thing is an offensive travesty and I feel stupider for having watched it.

I’ll see you next week when The Walking Dead is back. I’m sure that’ll be just as much fun.