“Bye, Mom” was a standout episode of Kidding, flirting with horror as much as comedy, and introducing bizarre, confounding diversions that give the show a unique identity.

“Bye, Mom” was a standout episode of Kidding, flirting with horror as much as comedy, and introducing bizarre, confounding diversions that give the show a unique identity.

Somewhat unsurprisingly, it turns out that sleeping with the terminally ill has some complications. For one thing – and this is what worries Sebastian in “Bye, Mom” – what happens when those six weeks are up? How will Jeff Pickles feel when he finally learns how to have feelings for somebody else, only for that somebody else to be taken from his life almost immediately? But in the meantime, what happens when your terminally-ill one-night-stand doesn’t text you back?

It’s not something that Jeff is able to deal with. For all his fundamental moral goodness, he’s a manic control freak who made his family live below their means for years. He connected with Vivian entirely because she didn’t need him, and in “Bye, Mom”, he’s acting out because she doesn’t need him. After a morning of skipping around singing jaunty tunes and visiting Jill’s house to revel in his newfound extramarital feelings, the reality that Vivian might not give a s**t was too crushing for him to process.

So, typically for Jeff, he didn’t process it. Instead he decided his phone must be broken, and he dragged the long-suffering Will away from his friends to accompany him to the store to get it fixed. The cashier knew what was up immediately, and so did Will, who nonetheless knew to bend the truth in order to preserve his dad’s brittle feelings. During this scene, Jeff confessed that he pays the bills of the truck driver who hit the car Jeff’s family was in. When asked by Will why he doesn’t hate that guy, Jeff explained, “Hate doesn’t punish who you think it does,” which is true and a brilliant line.

There was a lot of truth in “Bye, Mom”, but also a lot of lies. Sebastian tells Jeff that no kid has ever attempted to recreate a stunt in which he rode a barrel off a waterfall, yet according to a couple of weird flashbacks, a kid did it successfully and parachuted to safety. There’s no real reason for Kidding to include diversionary scenes like this, but I’m glad it does. Deirdre, meanwhile, is lying to herself about divorce. She somehow believes that continuing to live and play happy families with a clearly unhappy gay husband is preferable to amicably parting ways; somehow less damaging to Maddy than divorce would be. I should note that Maddy has been hiding her fallen-out baby teeth in order to make a gnashing nightmare puppet, so I wouldn’t worry too much about her state of mind. She’s already too far gone. 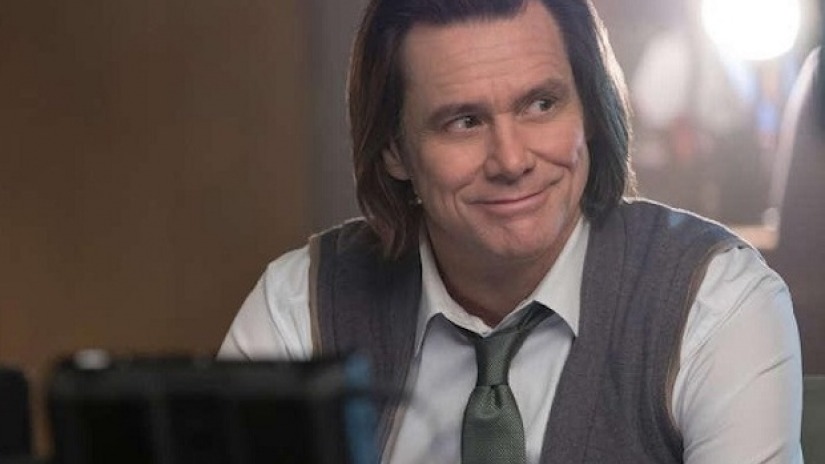 That was one of the quietly horrifying scenes in “Bye, Mom”; the other occurred when Jeff, having caught Deirdre working on a giant merchandisable Jeff Pickles puppet head, decided to actually wear the head while explaining the plot of RoboCop to her. Don’t worry, Kidding, I had no intention of sleeping tonight anyway.

But the best scene came right at the end, when Jill – the perennially underappreciated Judy Greer was terrific here, and I’m glad she got more to do – visited Jeff in his Spartan apartment and gave him a reality check. She chewed him up for financing the truck driver’s life while having his own family live in Luddite ignorance rather than wasting money; for teaching Will pointless magic tricks rather than trying to stop him and his friends from turning pineapples into bongs; for creating wacky fantasies rather than admitting the truth, which is that Vivian probably doesn’t like him. And she’s right about all of it, which on some level Jeff realises, because he starts crying. Yet as soon as she leaves he receives a text from Vivian explaining that her phone really was broken and that she’d love to see him again.

Poor Jeff – halfway to realising he’s wrong, and then all the way back to believing he’s right again. There’s no doubt that sometime soon he’s going to find out the hard way that his naïve idealism isn’t solving his problems. The question is quite how he’ll react when he does.