Rel still isn’t a great sitcom, but by the end of the second episode, “Laundry Room”, it had at least found a purpose and a point of view.

Rel still isn’t a great sitcom, but by the end of the second episode, “Laundry Room”, it had at least found a purpose and a point of view.

It’s tough to dislike Rel, even though most of it still doesn’t work and it isn’t half as hysterical as the incessant laugh track would have you believe. That, though, is the thing with multi-cam sitcoms, and why so many people are turned off by them. I was turned off myself by “Laundry Room”, Rel’s second episode, mostly because it didn’t seem to be doing much besides rehashing some of the weaker gags from the pilot. Then it ended really well and I saw what I believe to be the show’s point, but we’ll get to that in a minute.

For the benefit of those who have forgotten or didn’t catch the premiere, Lil Rel Howery plays a Chicago nurse whose wife had an affair and left with his children, leaving him alone in a Spartan apartment to be occasionally tormented by his best friend Brittany (Jessica Moore), brother Nat (Jordan L. Jones), and his nameless father (Sinbad).

The hook of this second episode is that a pyjama-clad Rel (“Men don’t wear real pyjamas, so they sleep in the clothes they won’t wear outside”) can’t wash his clothes because a local gang called The Lords have organised a meeting in the building’s laundry room. Vic Mensa plays the head honcho, and the bulk of the half-hour is comprised of each of the main characters attempting to retrieve Rel’s laundry. Brittany (“I’m a bad bitch, I get s**t done”) tries to tough-talk her way in, Nat calls in a one-time favour that doesn’t pan out, and Dad channels his past life in a band/gang to try and kick in the door like Jet Li. 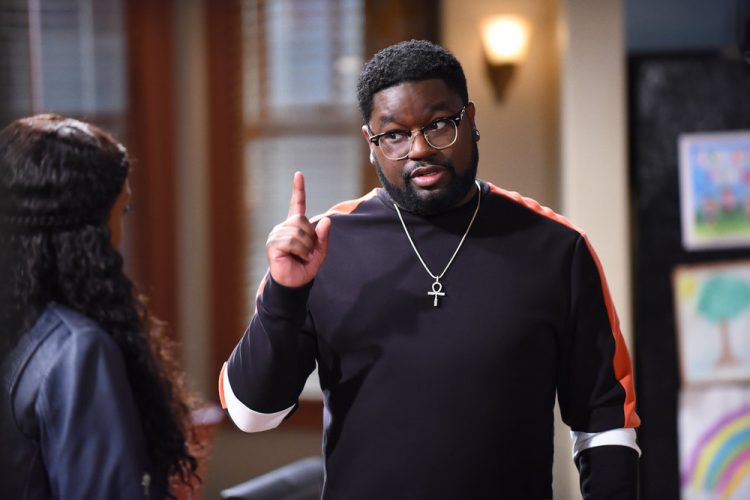 Very little of this is funny and all of it is predictable. The jokes at Rel’s expense still don’t work, and being more contained than the pilot, “Laundry Room” felt like a bit of a step down even from that. Until, that is, Rel finally confronts the gang and has a great, authentic, joke-free conversation with Vic Mensa about gang violence in Chicago and its effect on the community.

You’ll recall that the best moment in the pilot was a dramatic one, too, about relationships and men’s expectations of women. The point of Rel seems to be disguising those kinds of important conversations within a traditional sitcom format, and honestly, I’m more or less okay with that. Howery has an authentic voice and perspective, and while I can lament that the so-called funny stuff isn’t funnier, the drama is a lot more insightful and important than you might expect. It’s a flawed approach, but one that I hope pays off.