Framed is an absolute riot: energetic, noisy and exciting; but you’ll feel kind of battered afterwards, especially if you spend time thinking about it. This is a home invasion film for the YouTube generation, or possibly about the YouTube generation, and this is the aspect I don’t like thinking about because any one of the people in this film could be who my son turns out to be. 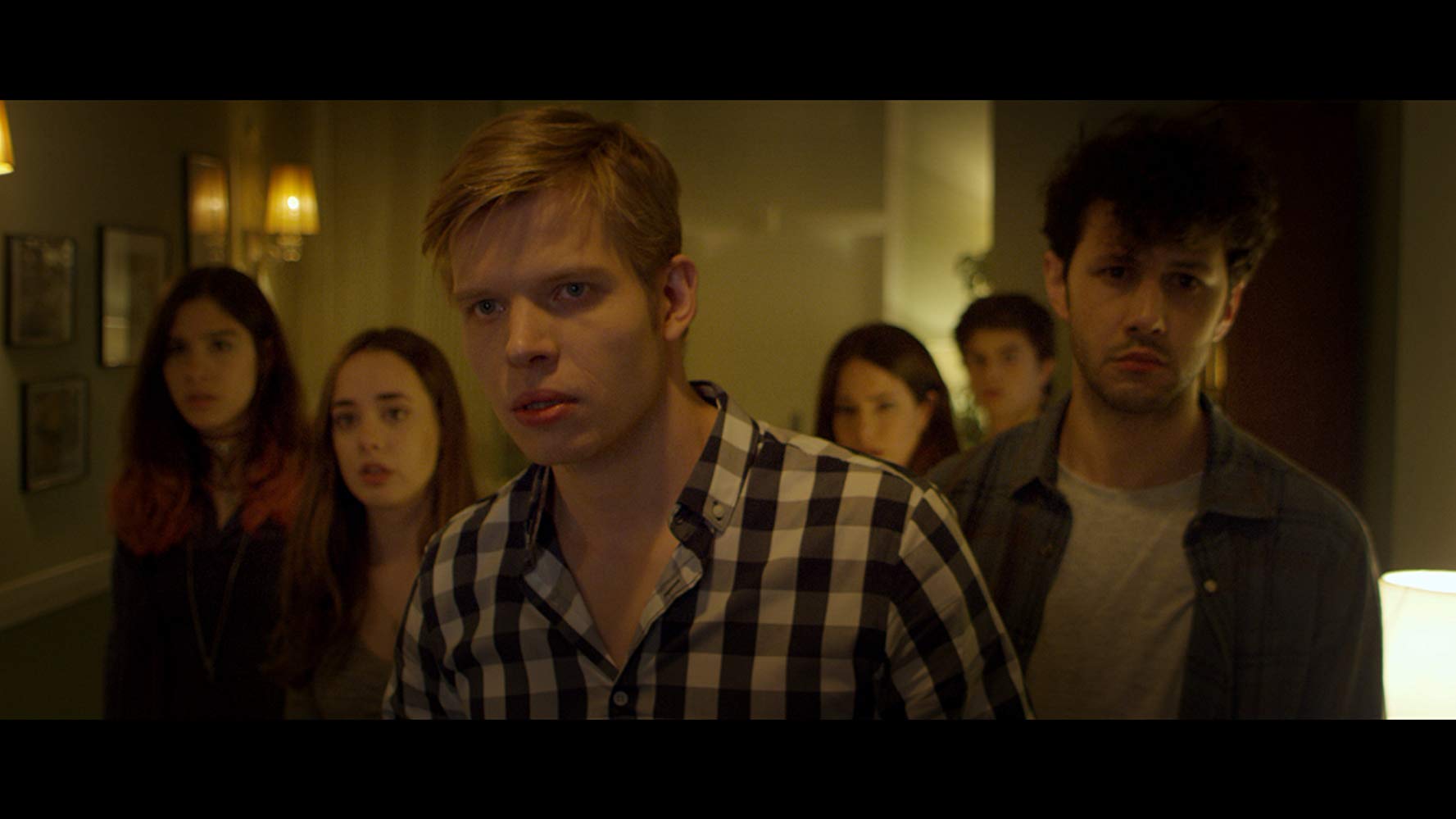 Let me step back. Framed is about Álex (Joe Manjón), his sister and a handful of mates, who all get together one night for a dinner and drinks because Álex is leaving town for a new job. Their dinner talk includes the way all of their work is viral in one sense or another, and their post-dinner entertainment includes checking out what’s showing on the app, Framed. This is an app made up of countless channels of largely amateur and uncensored videos, streamed live; so kind of like YouTube, but ephemeral like Snapchat too. And because of the uncensored nature, the more extreme videos attract more viewers.

So while the half-dozen friends look for something riveting to put on the screen, they gradually realise that the screen features the resident dog, and the front door to the house they’re in. They become part of a live show, with a psychotic host (and his two sidekicks) doing his utmost to earn more viewers than any other show. 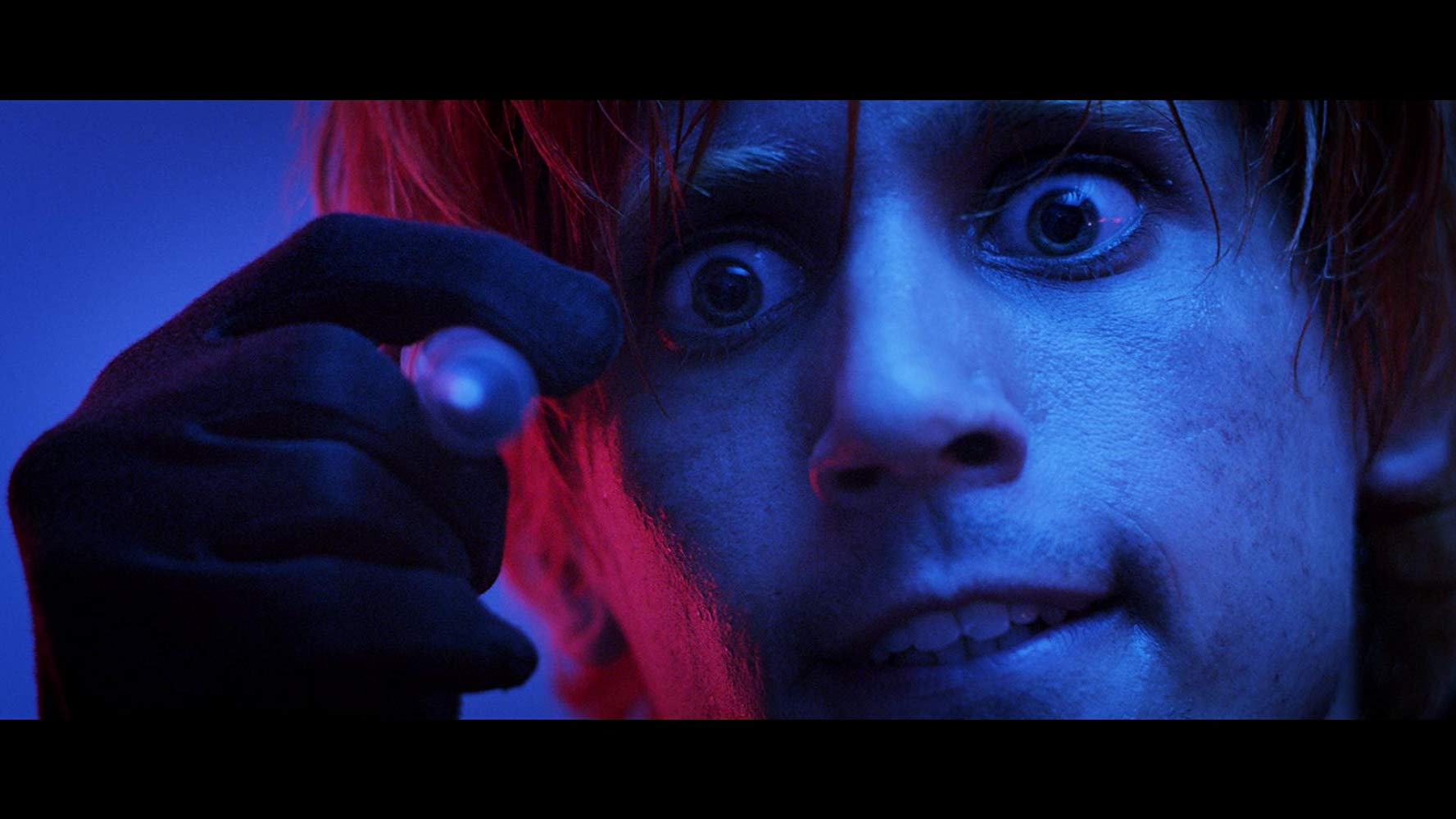 That psychotic host (“Invasor 1”, played by Àlex Maruny) is not a unique bad guy; he toys with his prey and pushes them to and beyond their limits like many others. But Maruny plays him so well that he will be as memorable as Lector for everyone who watches him. His two companions are striking in appearance, but Maruny has a mad-but-not-insane buzz to him, as he is compelled to keep striving for more and more viewers.

Once it gets going, Framed is a frenetically fast-paced film, with music and sharp colours to match; at less than an hour and a half, but that duration is full to overflowing, spinning and tripping. I enjoyed it, and I hated it at the same time: some of the content was ludicrous and over-the-top, some just the near side of realistic and some I had to turn away from. The writer and director is Marc Martínez Jordán, who has mostly been responsible for short films to date, including one segment of Minutes Past Midnight from a couple of years ago. What I found especially clever (and uncomfortable at times) was the way the over-the-top scenes were not quite laughable because they were part of a whole which was damn serious: the pace helped with that, kept me going past what-the-f**k and into no-s**t-no.

Framed just stomped its way into the UK via its premiere at Grimmfest in Manchester. I have no doubt it made its mark and will not quickly be forgotten.