Vanity Fair didn’t capture the public consciousness the way it could and perhaps should have, but it proved a stylish showcase for Olivia Cooke nonetheless.

Vanity Fair didn’t capture the public consciousness the way it could and perhaps should have, but it proved a stylish showcase for Olivia Cooke nonetheless.

Almost everybody got what they wanted in the Vanity Fair finale, which means that almost nobody ended up happy – except, perhaps, the smirking antihero Becky Sharp (Olivia Cooke), who William Makepeace Thackeray, author of the original novel, always had a soft spot for.

But even Becky suffered; through a performance that was initially too self-aware and too knowing, and latterly through narrative hardships that left one unsure of her sincerity even when she was at her lowest and most sympathetic. Whenever she seemed totally sociopathic, hopelessly self-serving, she’d offer a glimmer of authenticity that won you back. And whenever she had you on-side she’d betray you – and, let’s be frank, anyone around her – once again. 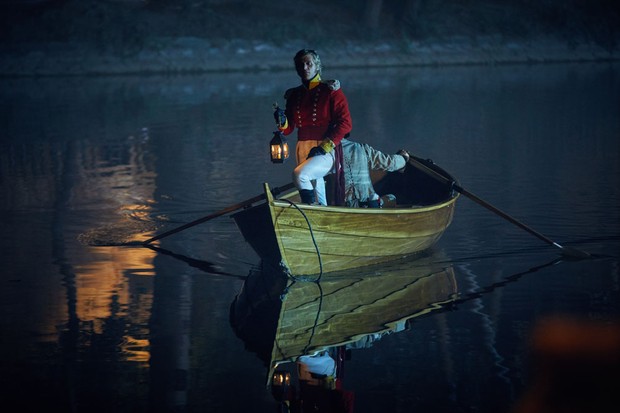 Eventually, she ended up with the hopeless Jos (David Flynn), who after seven episodes was perhaps the only man left in England idiotic enough to fall for her charms. But refreshingly Becky’s machinations took a backseat in the closing hour so that the finale could concentrate on the real love story at the show’s heart: the one between Amelia Sedley (Claudia Jessie) and Captain Dobbin (Johnny Flynn). It was about time. And, of course, it was undermined by Dobbin gradually realising that the love of his life was shallow and undeserving of his boundless affection. The bittersweet coda of their relationship was that Amelia, having finally realised what Dobbin had always meant to her, had to watch his affections for their daughter surpass his affections for her. In Vanity Fair, there is no such thing as a happy ending. Not really.

I’ve enjoyed this series a great deal, and it’s a shame that even in the age of on-demand services, streaming and scheduled recording, it still managed to be usurped in the public consciousness by other, more crowd-friendly British dramas. But Vanity Fair has mostly been a credit to ITV, and most certainly to the career of Olivia Cooke, whose winning screen presence kept the show charmingly afloat. Her success – and, by extension, the show’s – is that you could see yourself risking it all for her; a late-night French song for a knowing wink at the camera. We were all in on the game from the beginning, but she still came out on top.