Lodge 49 managed to strike gold in more ways than one, delivering an honest character study and a quiet, poignant drama that more people should have watched.

Lodge 49 managed to strike gold in more ways than one, delivering an honest character study and a quiet, poignant drama that more people should have watched.

“Full Fathom Five” began with a flashback in which Dud’s father (Tom Nowicki) pawned a fake watch for $4,000. He didn’t know the watch was fake; Burt (Joe Grifasi) the pawn broker did, and gave him the money anyway. When asked why, he reasoned that the Dudleys would pay him back in one way or another, which turned out to be prophetic. Later, after having had his car repossessed, Dud (Wyatt Russell) spots the watch in a cabinet, and for once, rather than extending his debts even further, he’s inspired to let Burt take it all so he can be free from the burden. He pedals away on his pushbike, a little freer.

Liz (Sonya Cassidy) came to the same realisation. After literally jumping ship from her cushy new corporate job last week, she found herself unable to return even to Shamrocks, and realising that she would be dead before she was debt-free, she gave the bank everything she had and declared that would be all they were getting from her. Implausibly, they took the offer. But realistic or not, seeing Liz break down with relief was one of the best moments of the season, and a fitting one for Cassidy, who has been Lodge 49’s MVP throughout.

Jocelyn Pugh (Adam Godley), meanwhile, wants to stick around, and while he can’t bring himself to cook the Lodge’s books, he does deliver an impassioned speech to his superiors as to why it should remain open. And he does manage to save the Lodge, although that’s partly because, thanks to Connie (Linda Emond), who visits its counterpart in England and starts blabbing about hidden secrets, some of the more mysterious conjecture is proven partly true. Blaise (David Pasquesi), having almost given up, stumbled on hidden alchemical equipment; Ernie (Brent Jennings), having also almost given up, discovered a hidden passage to more, perhaps larger secrets.

But as has always been the case in Lodge 49, those secrets, real or imagined, aren’t the point. In conversation with Dud, his “squire”, Ernie ruminates on how the noble titling of the Lodge distracts from the mundane realities of life; that he is unsatisfied professionally and romantically, that the woman he loves is dying – of what Scott (Eric Allan Kramer) describes as a “brain thing” – and that life, real life, must go on beyond the Order of the Lynx. Yet he still lets Dud know that every week, he’ll be at the golf course, next to the bench dedicated to Larry Loomis – not because Dud’s his squire, but because Dud’s his friend. 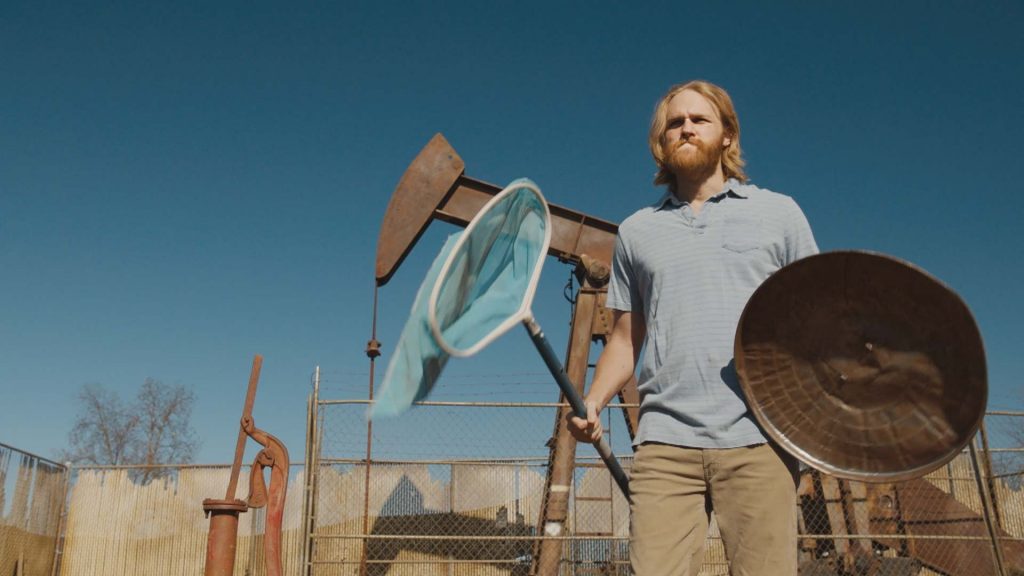 And Dud, now clean-shaven, finally understands. He reports to the temp agency and explains he’s looking for a career. He gives Liz the cash he won on the c**k fight and has a sweet conversation with her about how their father killed himself because he realised that no matter how hard he tried to provide it likely wouldn’t ever be enough. He returns to the water.

He gets bitten by a shark.

And so “Full Fathom Five” ends with a smile; with the realisation that perhaps all was never as bad as it seemed. Their father didn’t fail or quit. He fell victim to what we all do: Chance. Bad luck. Lodge 49 never really revealed any alchemical secrets or deeper truths; if anything, it dispelled myths. It did away with the idea of destiny. It insisted instead that life is whatever we make of it, and that all we can be is quietly, unashamedly human. I think it’s right.