Apostle is enjoyably bizarre and crafted with obvious technical skill, but pacing issues and an overabundance of deranged ideas prevent it from properly coming together.

Apostle is enjoyably bizarre and crafted with obvious technical skill, but pacing issues and an overabundance of deranged ideas prevent it from properly coming together.

Welsh writer-director Gareth Evans is quite clearly a filmmaker blessed with a high degree of technical skill. He’s also quite clearly a bit mad. That’s the vibe I got from his beloved Indonesian martial arts thrillers The Raid: Redemption and The Raid 2: Berandal and it’s absolutely the impression given by his new folksy occult horror hybrid Apostle, which debuted globally on Netflix today.

Formally, Netflix’s Apostle is recognisable as an Evans film. It’s elegantly put-together and stuffed full of slick creative flourishes. Suspense is carefully nurtured and intricate sequences are crafted with a watchmaker’s precision. And occasionally it unleashes frothing torrents of mayhem, like someone nicked one of the arteries ferrying its deranged ideas around.

The problem is that for all Evans’s considerable technical acumen, his imagination here is allowed to run to such outlandish extremes that even he can’t tame it. Apostle is such a mishmash of genres, styles, themes, tones and dynamics that it can often feel like two-and-a-bit hours of a man trying –and sometimes failing – to grasp the slippery tendrils of his own excess.

Still, you can’t help but admire the film’s restrained first half and it’s madly convoluted second, even if you can still acknowledge that a lot of it doesn’t entirely work. The plot concerns Thomas Richardson (Dan Stevens), the addict black sheep of a wealthy English family, who is dispatched to a remote island where his sister Andrea (Lucy Boynton) is being held in the clutches of a scruffy religious cult presided over by Prophet Malcolm (Michael Sheen). The community strut around in Edwardian-era period dress with terrible haircuts and live off the sickly land, while burly armed henchman keep watch and enthusiastically enforce a stern set of largely arbitrary rules. 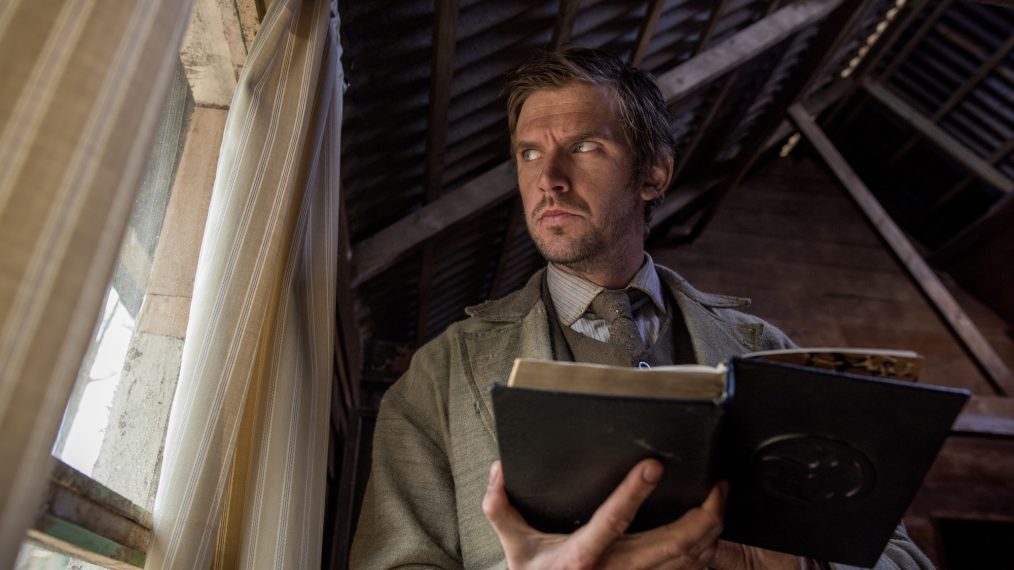 It’s no accident that this sounds quite a bit like The Wicker Man, and for at least the first hour, Evans’s obvious homage to such classic horror and all its hoary tropes is a real pleasure to witness. We’re talking animal violence and sinister townsfolk, eerie figures lurking in the frame as Thomas prods around for signs of his sister, and a tremendous sequence in claustrophobic, blood-filled tunnels that is one of best I’ve seen this year.

Then it goes nuts, and for all the script’s moments of inspiration, there’s suddenly so much going on that the slow-burning traditionalism feels wildly at odds with the fits of visceral, oddball intensity. The two filmmaking modes start to clash so violently that the clanging leaves the rest of Apostle with its ears ringing, stumbling through a narrative that is trying to incorporate too many weird diversions and ideas, including a forbidden relationship between Thomas’s young helper (Bill Milner) and a local girl (Kristine Froseth), that girl’s lunatic father (Mark Lewis Jones), a bloodsucking nymph ensnared in a prickly thicket, and a shotgun-toting, blood-streaked gimp.

Just written down this stuff is mental, and it’s only weirder in execution. It’ll likely be too much for some; not because it’s too violent or unpleasant (it is violent and it is unpleasant, but not to an unusual degree), but because it’s just so overwhelming in its self-indulgence. Perhaps that’s the benefit of the studio system, and for all the whining people do about the stifling of creative freedom, if there’s one thing unabashed auteurs seem to struggle with its taking the scissors to their own creations. Yet there’s undeniably a shorter version of Netflix’s Apostle that might have been less true to Evans’s vision but much more agreeable to those watching it. It’s up to the individual to decide whether they prefer unfettered artistic expression or a better film.