Critical Divide: Why First Man isn’t Landing with All Viewers

Despite soaring in terms of critical accolades, First Man seems to be crashing below box office expectations. The Neil Armstrong biopic landed in third place behind last week’s reigning champs, Venom and A Star is Born, with a $16.5 million domestic gross at the box office. Unlike director Damien Chazelle’s past films, First Man was made with a reported $70 million budget, meaning box office receipts of $20 million on opening weekend, while not disastrous, are probably less than studios were anticipating. Critical darlings such as this typically have long legs at the box office thanks to potential award buzz, but it’s troubling that the film, while not bombing, isn’t burning as brightly with audiences. While the consensus from audiences isn’t that they disliked the space drama, the film’s B+ CinemaScore and 65% from Rotten Tomatoes are light when compared to the near perfect scores critics have been awarding it.

Here are the 5 reasons why First Man isn’t landing perfectly with audiences. 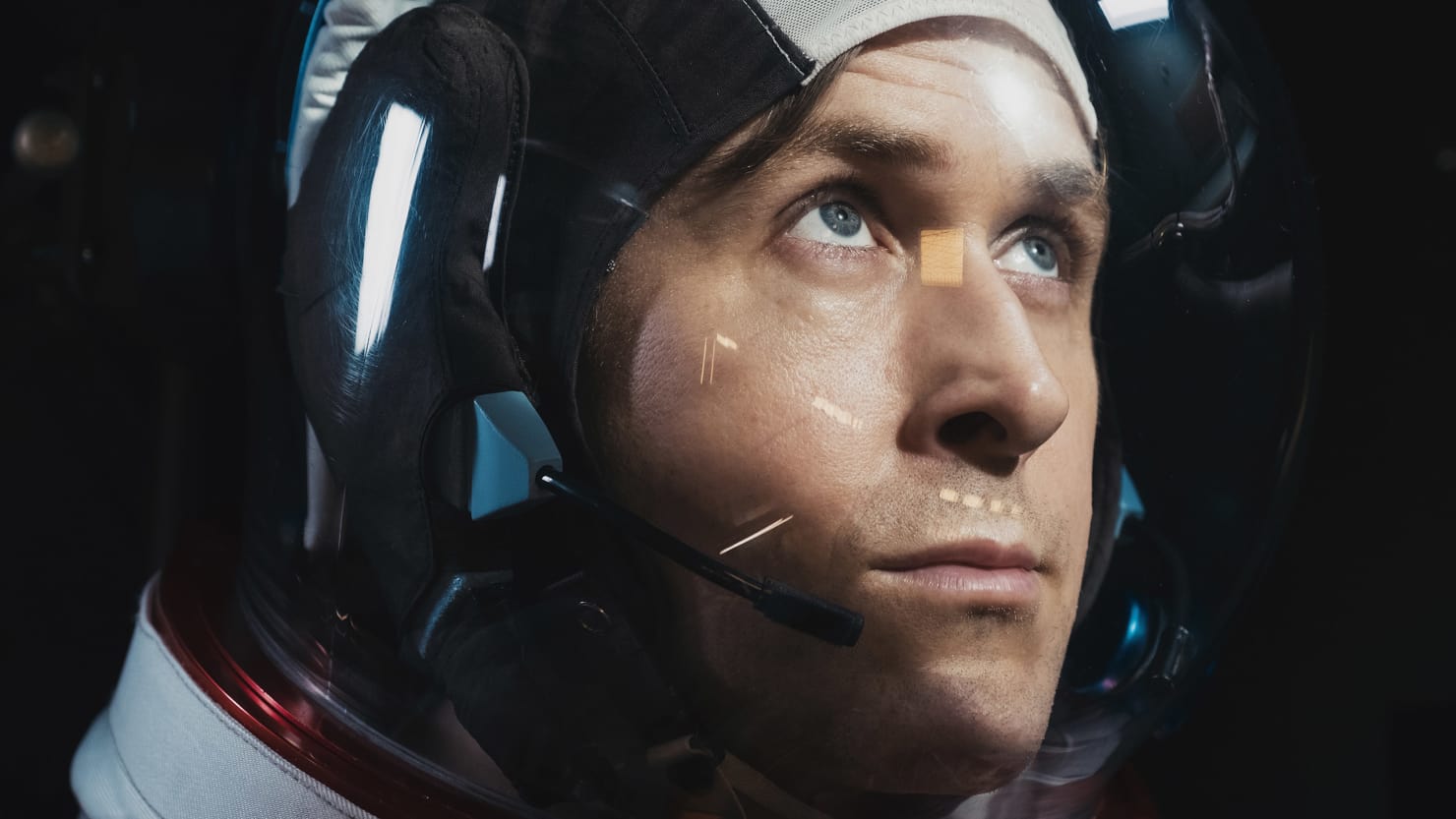 First Man’s plot is centred on the historic moon landing from the Apollo 11 mission during the 1960s. This monumental achievement had a large impact on the United States as well as the rest of the world, as it demonstrated the possibility of inhabiting new worlds and inspired future generations to go even further with the quest of space exploration. The Apollo 11 mission gave Americans a sense of pride and accomplishment during a harrowing political climate, as the country was embroiled in both the Cold War and the Vietnam War.

Much of these peripheral issues related to the Moon landing are hardly touched upon, however, as First Man is instead about Neil Armstrong’s personal emotional journey, detailing his motivations for pursuing the mission and how it impacted his family life. This shift in focus may have been disappointing for viewers who were alive during the 1960s, hoping to see the macro impact of the event rather than being squarely focused on the life of Neil Armstrong. A few months prior to the film’s release there was some heated controversy regarding the news that the planting of the American flag onto the lunar surface of the Moon would not be depicted in the upcoming biopic. Director Damien Chazelle has maintained that this omission was purely so as not to distract from Neil’s own perspective, with the Armstrong family even publicly advocating the film and proclaiming the film to be a patriotic salute to Neil. This didn’t completely quell the controversy, however, as President Trump and former astronaut Buzz Aldrin publicly expressed their displeasure with the omission.

Although upon watching the film the omission was hardly noticeable, and the flag is indeed visible on the Moon, the controversy may have encouraged a sort of confirmation bias, where viewers irritated by the omission were trying to find any evidence to confirm that the film was anti-patriotic. This may have led to viewers interpreting the focus on Neil’s psyche as evidence of an anti-American agenda, resulting in the formation of a negative opinion about the film. As is often the case, the trailer and other marketing materials for First Man paints a slightly different picture than what the actual film is like. The movie is made to look fast-paced with high stakes throughout in an attempt to sell the film to general audiences, however, this isn’t an accurate representation of the film. First Man does eventually reach the levels of anxiety and tension portrayed in the trailer; however, it opts for more of a slow burn approach. With the lengthy runtime of almost 2 and a half hours, these pulse-pounding moments take a considerable amount of time to reach, which may have worn out the audience’s patience.

In addition to a slow pace, First Man also depicts less space exploration than one might think from the premise. A remarkably small portion of the film depicts actual space travel with most of the runtime detailing the strenuous preparations for the eventual mission. Even when we finally blast off into space, the film tries hard to have the story from Neil’s experience, so the perspective is from inside the ship with not as much filming of the outer cosmos than audiences may have hoped for. Compared to recent space dramas like Interstellar, this may have felt visually lacking by comparison, and viewers may have been less enthusiastic about this space journey as a result.

5. Unexpected Success of “Venom” and “A Star is Born” It’s also worth noting that the historic success of Venom and A Star is Born may have overshadowed First Man’s release. It’s possible that a biopic about Neil Armstrong may have seemed less enticing compared to the sensational word of mouth and early Oscar buzz A Star is Born has been carrying. As a result, First Man may have been somewhat left behind in the shuffle.

Regardless of where you stand on the film’s quality, it can’t be denied that First Man is striking different cords with viewers based upon whether they believe the film is patriotic or a disservice to the country’s achievement. It will be interesting to see whether word of mouth with viewers will be strong enough to help carry the film into awards season.