FBI was lighter on plot this week but heavier on character, as Maggie and OA attempted to take down a rogue sniper with a personal motive.

FBI was lighter on plot this week but heavier on character, as Maggie and OA attempted to take down a rogue sniper with a personal motive.

Dick Wolf’s FBI knows how to shoot an opening – literally, in the case of the fourth episode, “Crossfire”, which began with three people being publicly shot in the head by a rogue sharpshooter.

On the case, as always, are Special Agents Maggie Bell (Missy Peregrym) and Omar Adom ‘OA’ Zidan (Zeeko Zaki), although refreshingly, at least for the first half of the episode, the focus is more on OA. This is more his wheelhouse, after all, and when the story incorporates a young, Muslim accomplice, we’re able to hear more about his background, attitudes and beliefs.

That isn’t to say Maggie doesn’t get her moments too, though. As the investigation closes around the killer, a former Army Ranger sniper who broke psychologically after the death of his girlfriend, there’s a clear hint that Maggie is so devoted to her work because of a similar trauma. She also gets a couple of opportunities to grapple with her responsibilities as an FBI field agent, such as a scene in which she’s forced to press a grieving widow with difficult, accusatory questioning, and “Crossfire” is smart to tie the story’s conclusion into a character moment for her, rather than just a tense set-piece. 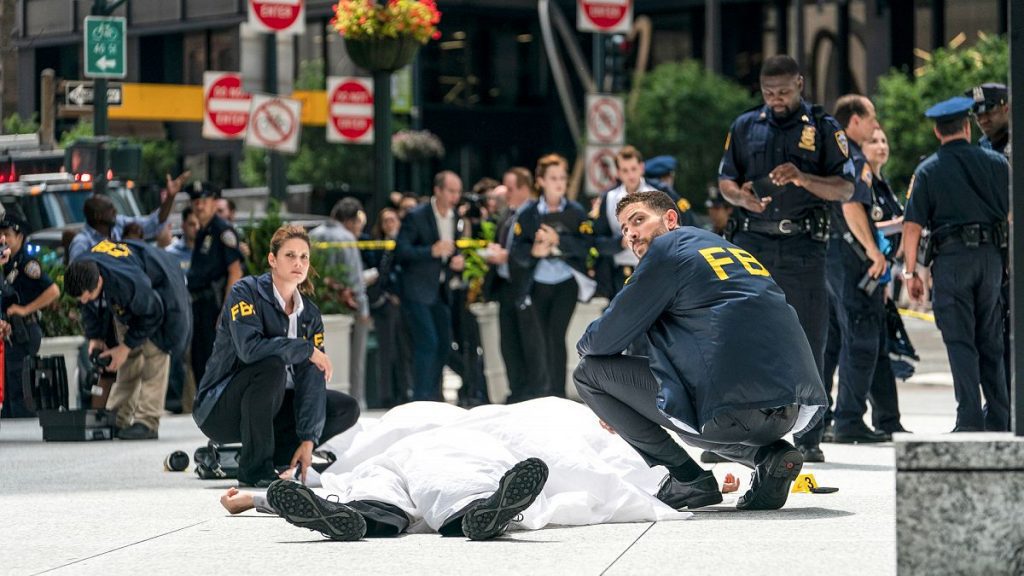 There’s the usual technical wizardry in the New York Field Office thanks to Analyst Kristen Chazal (Ebonee Noel), but Assistant Special Agent in Charge Jubal Valentine (Jeremy Sisto) is sidelined a little in “Crossfire” in favour of Dana (Sela Ward), who spends a lot of time psychologically profiling the shooter and quietly coaching Maggie through the difficult decisions she’s forced to make throughout the investigation.

As usual, what lets “Crossfire” down is an obvious sense of contrivance and convenience, and it’s a little more noticeable here than it usually is, with the heroes catching one too many lucky breaks and several characters – most notably the villain – making several idiotic mistakes. It’s par for the course in a procedural, but this week it deflated some of the tension and undermined some of the fine character work, so it was refreshing that “Crossfire” provided a coda for both major characters. They’re both becoming more compelling each week, and I’m looking forward to seeing what kind of calamity they avert next.