“Nobody Puts Brady in a Crestmore” provided lots of great character moments and a killer ending as Mr. Mercedes approaches the end of its second season.

“Nobody Puts Brady in a Crestmore” provided lots of great character moments and a killer ending as Mr. Mercedes approaches the end of its second season.

This recap of Mr. Mercedes Season 2, Episode 8, “Nobody Puts Brady in a Crestmore”, contains spoilers. You can check out our thoughts on the previous episode by clicking these words.

The aftermath of Al’s (Mike Starr) attack at the end of the previous episode has left Bill Hodges (Brendan Gleeson) in a bit of a state. He’s probably concussed, and if he isn’t he feels like he is; his knees and ribs and shoulders and balls hurt; and what’s perhaps worst is that Al called him by a name that nobody else but Brady Hartsfield (Harry Treadaway) would. “How is that possible?” asks Ida (Holland Taylor), who’s tending to his various injuries. Well, that’s the point, isn’t it?

Shooting Al in the head might have demolished the subterranean sanctuary of Brady’s mind, but he’s still kicking. And thanks to his brain activity, it’s now obvious to Dr. Babineau (Jack Huston) that he isn’t quite as comatose as he would like folks to believe. Meanwhile in “Nobody Puts Brady in a Crestmore”, the calls go out to Bill’s friends, including Holly (Justine Lupe), who only narrowly escaped Al in the first place, and Jerome (Jharrel Jerome), who has just discovered that all his father’s bills are past due.

There are some lovely scenes at Bill’s bedside, one between him and Antonio Montez (Maximiliano Hernández), who has been inclined to believe the idea of Brady being responsible for a while now, and another, candid one between Bill and Holly (Justine Lupe is, as ever, perfect in this role.) Montez wants Brady out of the hospital, and despite Felix’s protestations that he’s valuable for life-saving research that is ordinarily stymied by red tape, he’s adamant about the matter. 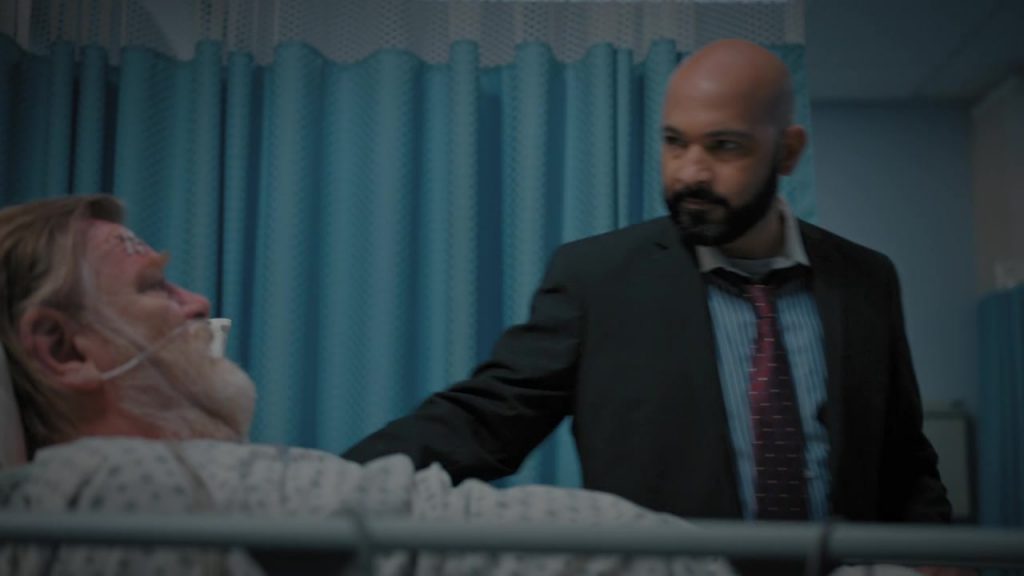 But despite this, what’s compelling about “Nobody Puts Brady in a Crestmore” is the touching character moments that occur within the hospital as Bill is laid up recovering. Everyone’s refusal to leave his bedside, let alone the hospital, is a nice touch, as is an excellent scene shared between Ida and Donna (Nancy Travis). (Is Ida the most likable woman currently on television? She just might be.) Even when he’s discharged the trend continues; an argument between Jerome and his father on providing is a biting one, and the continued fracturing of Felix and Cora’s (Tessa Ferrer) relationship is, I suppose, another indirect victim of Brady Hartsfield.

Of course, in case the title didn’t give it away, Brady isn’t going anywhere. Well, not in the way you’d think, anyway. Felix manages to postpone his transfer, but Brady is, as always, cleverer than people think. After a last dance with his mask-wearing mother, he’s led up and out of the basement, into the light. He wakes up. And just as Bill comes to check on him, he’s gone.