The Little Drummer Girl is finely constructed and boasts a great cast and creative personnel, but a lot of people probably aren’t going to like it.

The Little Drummer Girl is finely constructed and boasts a great cast and creative personnel, but a lot of people probably aren’t going to like it.

There comes a point in certain spy dramas – particularly those set in the Cold War, and most especially those penned by John le Carré – when just enough mystery becomes a little too much. One should never expect a story about espionage to give everything away in the first episode, of course – that would be stupid. But one shouldn’t expect a primetime BBC drama to completely alienate its audience either, much less when it expects them to tune in for another five episodes. Such is the problem with Little Drummer Girl, a finely-constructed, atmospheric and mysterious new adaptation that is probably a bit too mysterious for its own good.

Any association with the much-loved mega-hit The Night Manager certainly doesn’t help; that was another supremely well-cast six-part BBC One and AMC adaptation of a John le Carré novel, but it was also much better suited to a contemporary audience and doesn’t have much resemblance to Little Drummer Girl beyond the obvious enthusiasm for men in trench coats.

The plot here concerns an Israeli intelligence team on the hunt for a Palestinian terror cell, which means lots of spycraft, skulduggery, and Michael Shannon as moustachioed muckety-muck Martin Kurtz. You might not think you want to see the great Michael Shannon bark raspy instructions at people observing sex through a window, but trust me, you do. 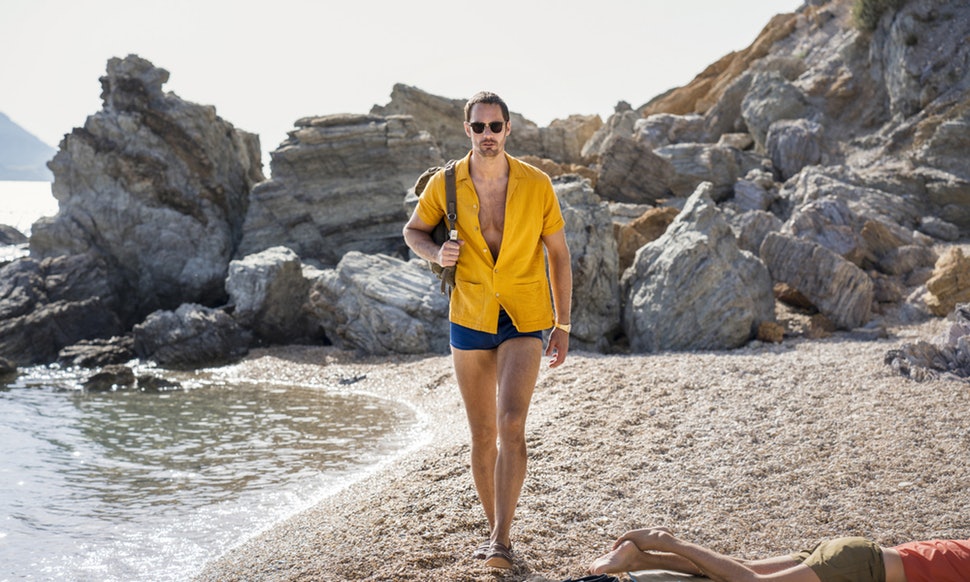 Meanwhile Alexander Skarsgård, still specialising in playing men who resemble robots, just-so-happens to hook up with a young British actress, Charlie (Florence Pugh – excellent), who, of course, factors into a sinister, Byzantine double- and triple-cross plot dreamt up by Kurtz. This is the standard John le Carré playbook, familiar to anyone who has read his novels or seen any adaptations of the same. I’m sure I’ve read The Little Drummer Girl, although if I have I don’t remember the bit in which Charlie said she didn’t want to be a slave to the patriarchy, and then in the next scene was wearing a dress given to her by Skarsgård because he decided she’d probably look better in it.

This, by the way, is brought to us by Korean director Park Chan-wook, and if you don’t recognise the name, please do yourself the service of watching Oldboy this instant. In the meantime, marvel at his expert grasp of slightly off-kilter cinematography and bleached 70s colour palettes, and perhaps excuse any instances in which recognisable brutalist estates are insisted on being in Cold War-era Germany and not, you know, London.

It isn’t difficult to follow if you really put your mind to it, but The Little Drummer Girl does require than you do actually put your mind to it, which might be too much to ask for certain portions of a vegetative Sunday night audience. But there’s a lot to like here, and there’ll presumably be a lot more to like going forwards. The question, obviously, is if the slow-burn spy thriller can ensnare audiences in the same way that propulsive, suspense-driven stuff can. I suspect not, which seems a shame.