When the Doctor brings her companions back to Yorkshire, they visit Yaz’s apartment and discover that the UK has a bit of spider problem.

When the Doctor brings her companions back to Yorkshire, they visit Yaz’s apartment and discover that the UK has a bit of spider problem.

This recap of Doctor Who Season 11, Episode 4, “Arachnids in the UK”, contains spoilers. You can check out our thoughts on the previous episode by clicking these words.

The Doctor (Jodie Whittaker) brings her companions home, and they all begin to go their separate ways, until Yaz invites them in for tea. They soon discover that there’s a spider infestation brewing throughout South Yorkshire (not really the entire UK, though, despite the title…). Seriously, though, this is a Shelob-sized spider problem. These spiders are for real, massive creatures not acting as they should. Something’s made them overactive, and they’ve begun mummifying humans, and everything seems to be headed toward one place: a hotel. 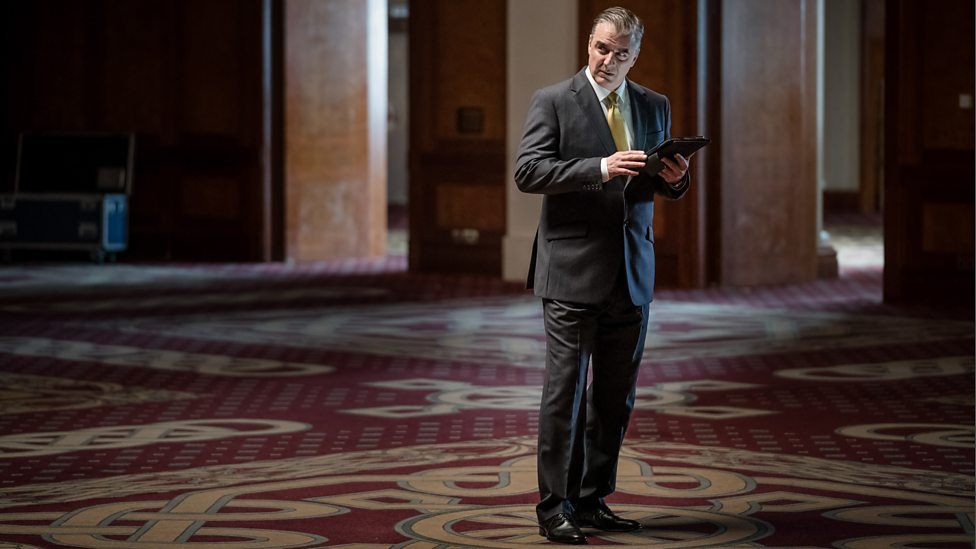 The owner of this hotel is Mr. Robertson (Chris Noth–a huge surprise for me), and he has a problem that needs to be dealt with. He’s clearly a Donald Trump stand-in, though he reacts with disdain at the mention of Trump’s name. He tries to control the situation, firing just about everyone multiple times–even those who don’t work for him–and dealing in corner cutting and cover-ups. “Arachnids in the UK” boasts a strong environmental message—people cutting corners without regard to the effect that it has on the world around them. This leads to terrible things when people blindly put the dollar ahead of care for the planet on which we live.

For me, this episode possesses the stuff of my deepest nightmares. I can watch many horror movies without blinking, but swarming spiders? Nope. That arachnophobia that Robertson, Graham, and Ryan share? Same here. 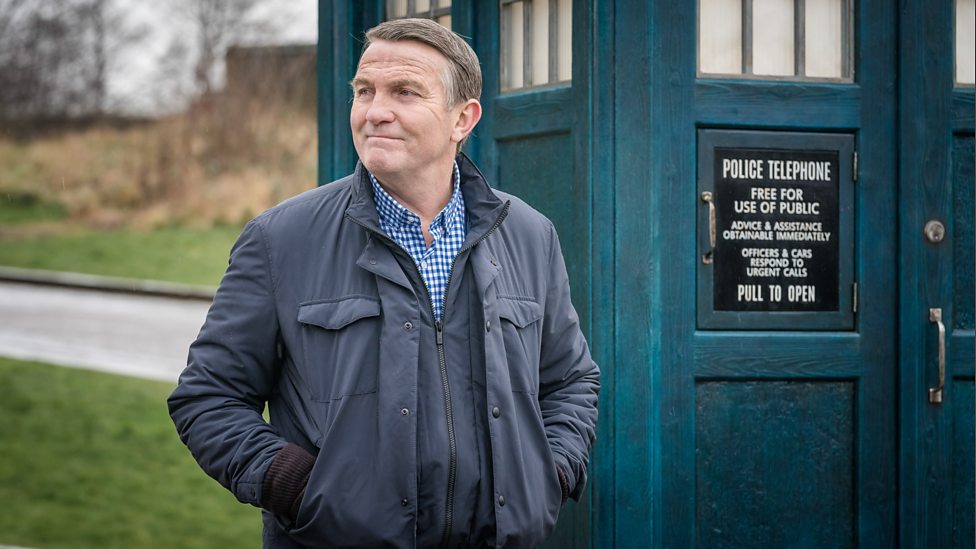 While all the hubbub about spiders is going on, Graham (Bradley Walsh) begins to deal with Grace’s death. He at first goes back home to start taking care of things, but he finds he really cannot handle it. Grace remains a very real presence in his home. At first, I’d hoped that Ryan (Tosin Cole) would go back home with Graham and that they’d begin developing some sort of a relationship, but that doesn’t pan out. At one point, while walking through the abandoned hotel looking for spiders, they start to bond, talking about what “proper family” is, but then get interrupted by spiders. I know that this is a long-term thread that we’re going to follow, but I’d like there to be a bit of progress on this front. While I’m more and more disappointed with the lack of Yaz character development, Graham is becoming increasingly more relatable. I really didn’t like him at first, finding him fairly whiny and boorish, but I’m warming up to him. 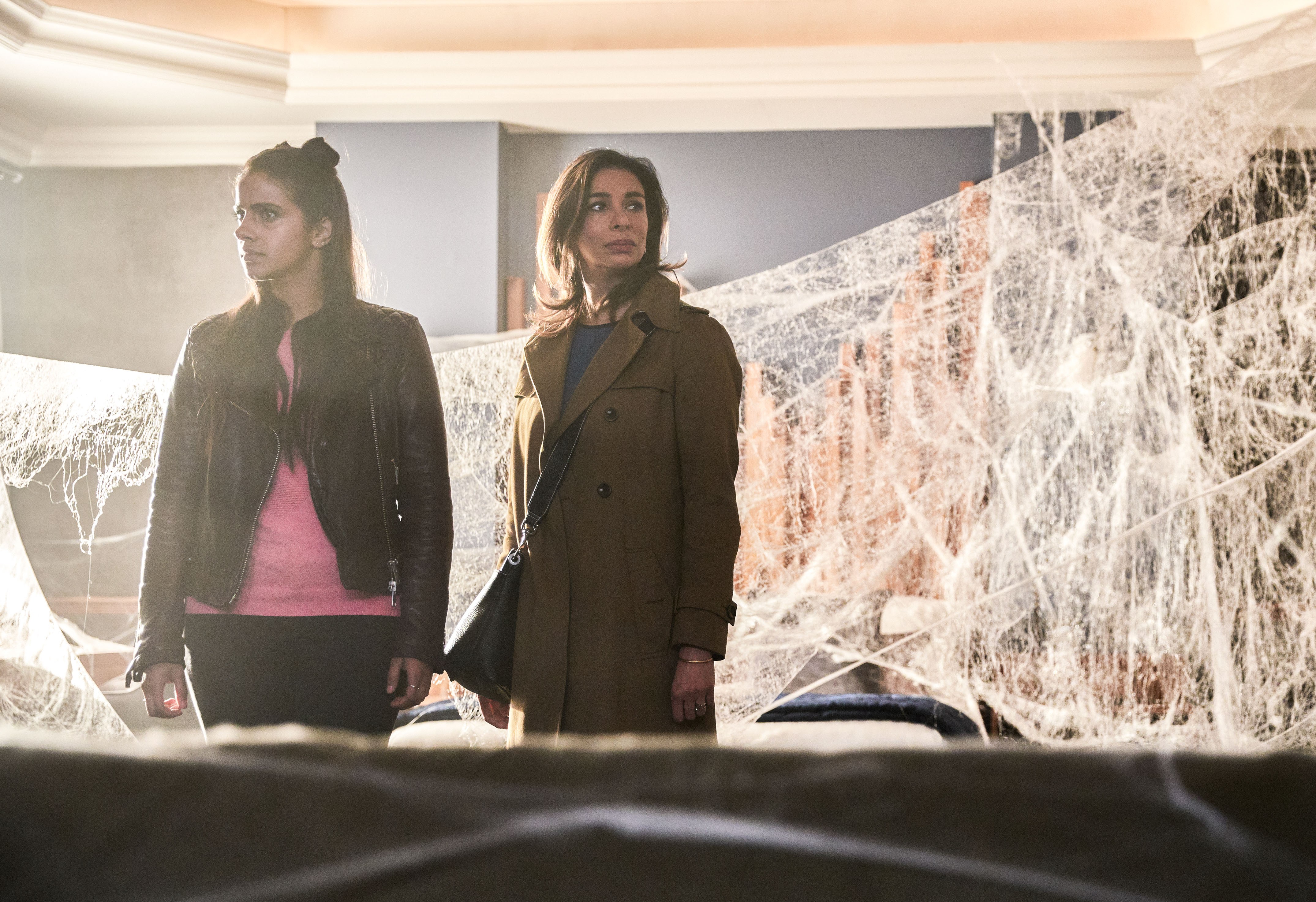 At first, this was the episode I thought I’d been waiting for (see my previous reviews which have begged for more Yaz): to really dig into this intriguing character, Yasmin Khan (Mandip Gill), because we’re meeting her entire family. Unfortunately, it’s more surface-level stuff that we’ve already been told by her before: her family underestimates her and is just waiting for her to get married or have friends. Her father is a bit quirky and sees conspiracies everywhere, and her mother is a hotel manager (well… until Mr. Robertson fired her). Apparently, Yaz doesn’t have a lot of friends, and her sister hits on Ryan. Other than the fact that Yaz’s family is weird, we still get very little out of her. All we get is that they’re disappointed in her not dating anyone and that her dad is paranoid and her sister texts a lot. Yaz still has nothing to do with this episode other than to be present and to show us her family. I’m getting increasingly disappointed here! 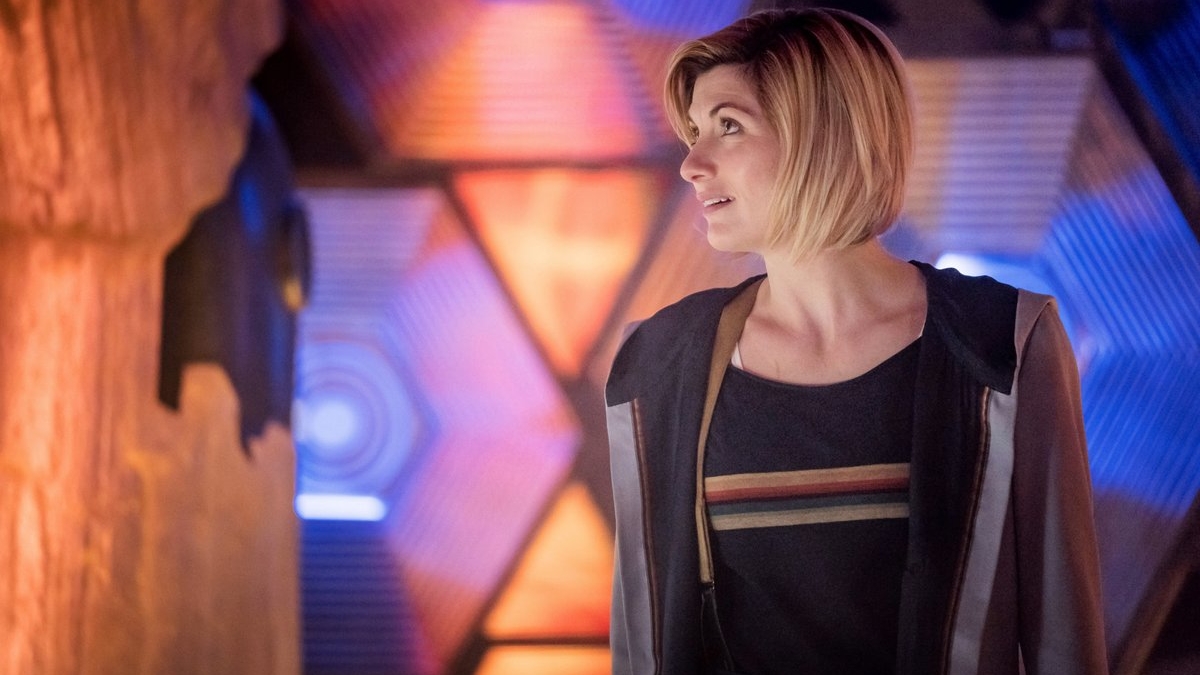 On the other hand, I am loving Jodie Whittaker’s nuanced portrayal of the Doctor. She’s funny and empathetic, hard as nails and gentle, eccentric and familiar. Chris Chibnall has absolutely gotten the hang of her characterization, and Whittaker has hit the ground running with her interpretation. She’s still a pleasure to watch, breathing some new life into the character.

While this was an engaging mystery with another timely topic, (and not one as powerful as last week’s “Rosa“) I’m ultimately left still wanting more from Team TARDIS, our supporting character.