After last week’s revelations, Michael takes Eleanor on a trip through all of her past (after) lives. It turns out that she really is capable of human emotion and even falling in love, after all.

After last week’s revelations, Michael takes Eleanor on a trip through all of her past (after) lives. It turns out that she really is capable of human emotion and even falling in love, after all.


This recap of The Good Place Season 3, Episode 7, “The Worst Possible Use of Free Will”, contains spoilers. You can check out our thoughts on the previous episode by clicking these words.

The Good Place does something that I can’t really remember it doing before – “The Worst Possible Use of Free Will” is something between a bottle episode and a flashback episode, with a twist. After Michael let slip last week that Chidi and Eleanor had been in love in a previous trip through the Bad Place she makes him take her back through some of her highlights to see what really happened.

I suppose strictly speaking it isn’t a pure bottle episode because Michael and Eleanor end up visiting a few different locations – a library and a cafe somewhere in Arizona, both of which get used to film p**n the moment they close. The episode is basically Michael and Eleanor, arguably the two central characters of The Good Place, visiting flashbacks, but because Eleanor and the gang went through so many iterations of Bad Place torture we clearly didn’t get to see them all.

This week’s episode does what The Good Place does well. It’s a charming and enjoyable watch with a couple of big laughs, but for the most part, it’s the kind of program that you watch with a smile on your face. Even though this is possibly the weakest episode of the season it is still an absolute delight, and leagues ahead of pretty much every other comedy on the TV right now. 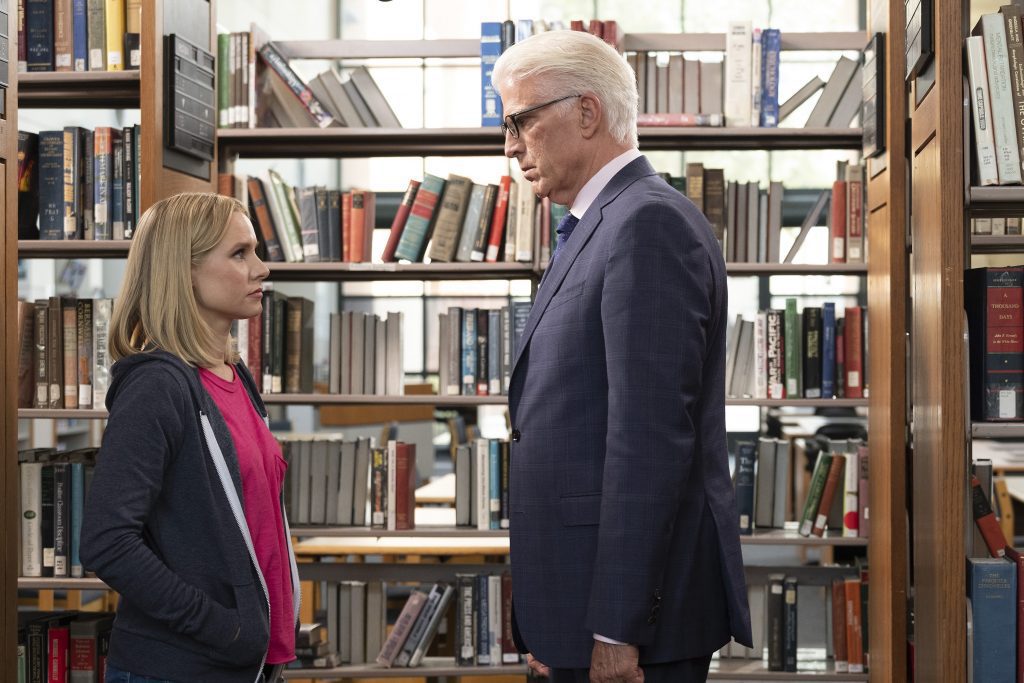 A particular highlight this week is a flashback to when the soul squad were still in The Bad Place (which they still thought was the Good Place) and they had to choose a pet that would bond with their souls to become an eternal companion. Right off the bat, this gives us a great Tahani line about one of her previous pets – “I haven’t had a pet since Barbara Streisand gave me one of her clone Siamese cats”. Another shameless name drop, another ludicrous scenario, but at the same time it’s got that element of “yeah I could buy that”. As if that wasn’t enough we get some vintage Jason as he claims he’s going to get a mythical animal as his pet, “like a penguin”.

I liked this episode, as I do every week, because in amongst the charming time and the chuckles we get some genuinely sweet and tender moments. Perhaps most obviously is that we get to see the growing connection between Eleanor and Chidi, as Michael essentially fills in the blanks from last season and we finally get to see how they fell in love. It’s a nice story and although it wasn’t entirely necessary for the show it does provide a little extra texture. The bits that I enjoyed most this week though were just the open and honest moments between Eleanor and Michael; they’re the two characters who have evolved most since the start of the show. I love Ted Danson in this, he really needs to do more work because he’s got the kindly gentleman thing down perfectly. With this and his performance in the gone but not forgotten Bored to Death I have really been reminded how good he is.