The Doctor and her companions travel to the India-Pakistan border on the day of its partitioning in “Demons of the Punjab”, a deeply impactful, emotionally resonant episode of Doctor Who.

The Doctor and her companions travel to the India-Pakistan border on the day of its partitioning in “Demons of the Punjab”, a deeply impactful, emotionally resonant episode of Doctor Who.

This recap of Doctor Who Season 11, Episode 6, “Demons of the Punjab”, contains spoilers. You can check out our thoughts on the previous episode by clicking these words.

Yaz (Mandip Gill) wants to go see her grandmother Umbreen (Leena Dhingra) back in time to find out about the family secrets surrounding her gran’s marriage. Of course, this is bad. But, she reasons, “What’s the point in having a mate with a time machine if you can’t nip back and see your gran when she were younger?” I completely agree! Of course, as we learned in Series 1’s “Father’s Day,” it’s a very bad idea to visit your family in the past…

However, just like “Father’s Day,” we get a seriously meaningful instalment of Doctor Who. Despite the Doctor’s protestations against having family members aboard the TARDIS, it’s always fodder for a great episode of the show.

And–we finally got our Yaz episode! On many different levels, this is the episode of series 11 that I’ve been waiting for (and that Louie, our marvellous substitute reviewer from last week, opined as well). 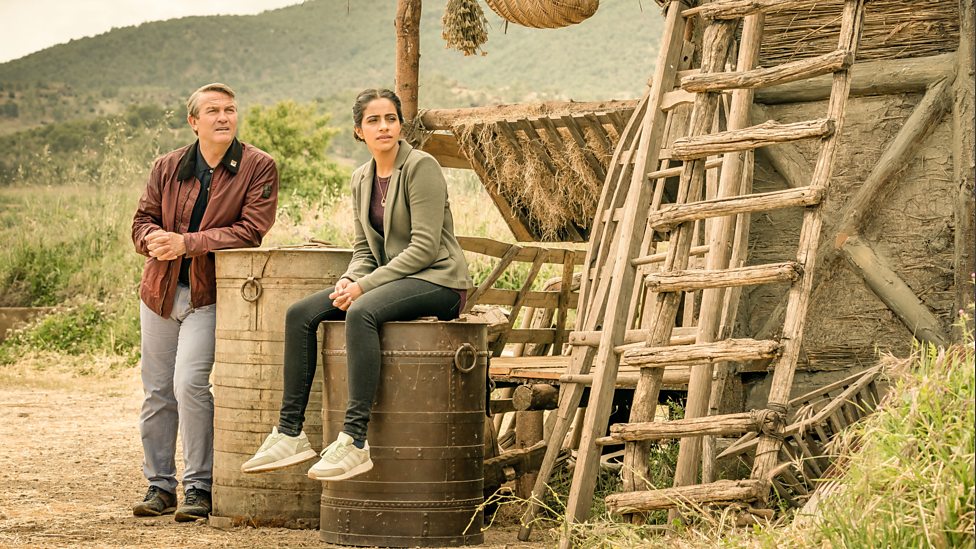 The Doctor and company land in India in 1947, on August 17, the day of the Partition between India and Pakistan. The Dominions of India and Pakistan are being split apart, leading to significant unrest, refugee crises, and deaths. The episode explores this on a personal level, watching neighbours being split from one another along religious lines. The younger version of Yaz’s gran (Amita Suman) dreams of marrying Prem (Shane Zaza from Happy Valley), but the religious and geographic division of the two nations means that her marriage is doomed—she’s Hindu and he’s Muslim who “didn’t change when a line was drawn.”

This episode works marvellously well because once again showrunner Chris Chibnall isn’t afraid to explore race or religion here–new territory for Doctor Who. A few episodes ago, in “Rosa,” we witnessed some of the worst of American racism–as well as those who took a stand against it. Now, we see the harshly realistic effects of arbitrary geopolitical borders. That doesn’t sound exciting, but it’s intensely real and moving to those affected by those decisions. Maybe because the Rosa Parks story is so familiar to me and this is much less so, but I hung on every word, every moment of “Demons of the Punjab.” It resonates still because, just as the racism in Alabama does, the 1947 India-Pakistan Partition has long-reaching, long-lasting ramifications. 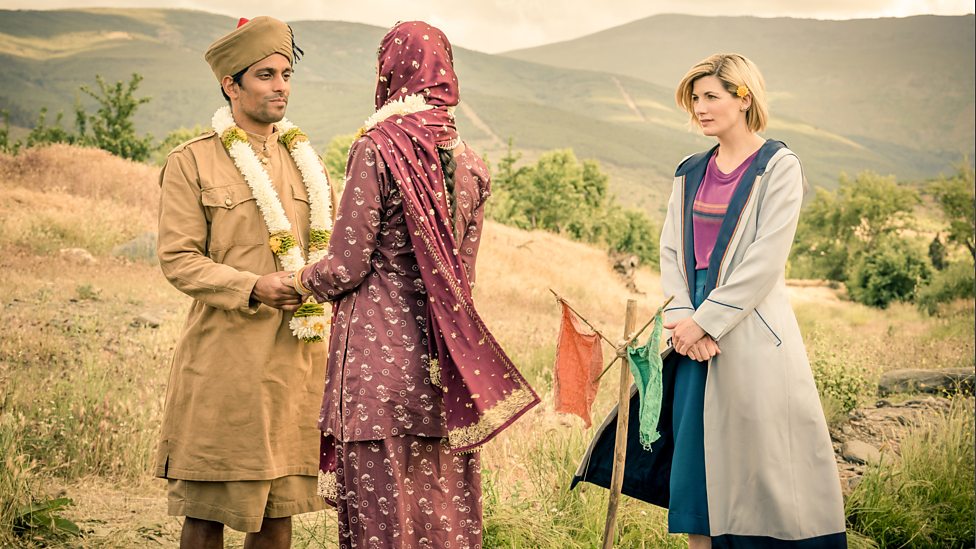 “Demons of the Punjab” is about love crossing boundaries of religion or time and space. It’s about standing up for what’s right, even when fanatical people want to affect change of their own making, rather than what’s right. It tells a story that is all too familiar for so many families throughout the world–a long history of moving and relocating and redefining themselves, living permanently away from the homeland in which they grew up, far from loved ones who couldn’t make the same journey. 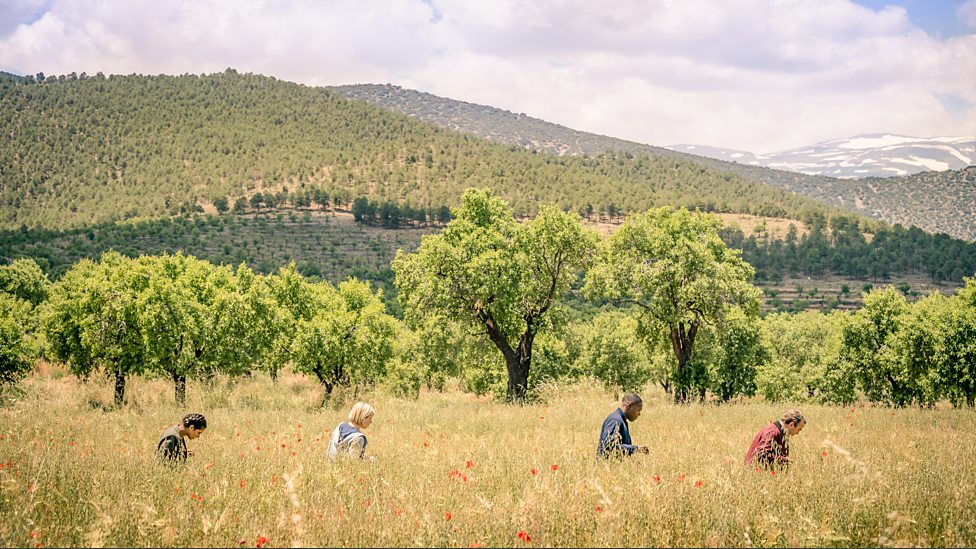 Starting in the last episode, we’re really seeing a fallible Doctor again. Jodie Whittaker keeps on adding layers and levels of nuance and depth to the character, clearly drawing upon the decades of history with Doctor Who while also still making the Doctor her own. She performs a wedding, gives her own “It Is Defended” speech, and yet falters from time to time, revealing her own imperfections. I am loving it! Chibnall has also regularly brought a new sense of style to the series. This episode was filmed in Granada, and just about every shot is aesthetically vivid and memorable. 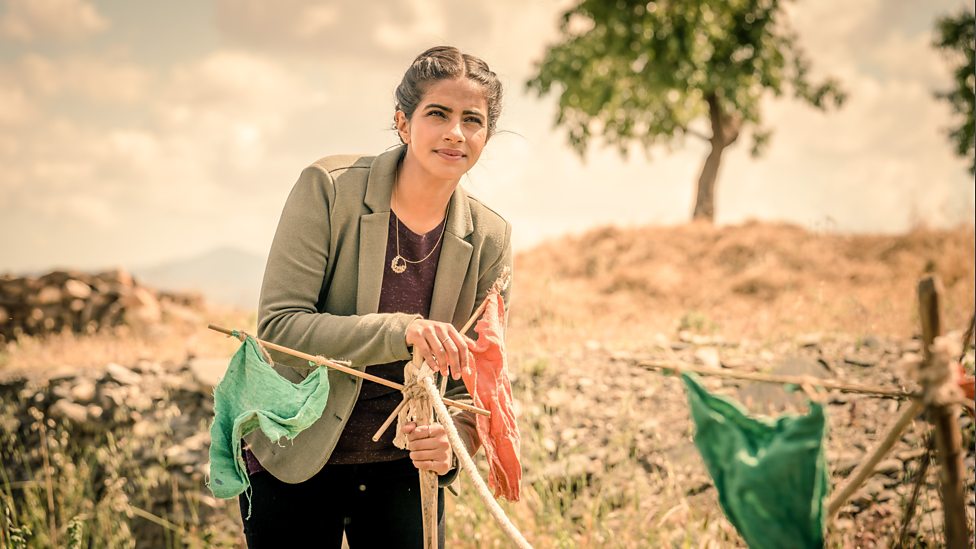 Finally, Yasmin Khan (Mandip Gill) gets her episode to shine. I’ve been critiquing the show on this point for weeks, and I’d have been even stronger about it last week, where not only Yaz, but the other two companions, could have been entirely removed and it’d change nothing. However, from start to finish, this is Yaz’s episode. She wants to explore her family’s past, which is so integral to her story, and the Doctor gives in, taking her to 1947 India, where she encounters her family on the verge of being either split or forged into something new. Gill plays her part so well, torn between interfering or letting history run its course. She’s reserved and observant, soaking in her family’s past, not botching things up along the way like a bull in a china shop (as Martha or Rose or Amy often were), but because their situation was so meaningful, Gill played the part with proper reverence. I can’t wait to see more from her!

From top to bottom, “Demons in the Punjab” is an elegant, inspirational episode of Doctor Who that stands firmly relevant in this day and age of fear and loathing.