A striking and wonderfully unusual animated film, Virus Tropical is the coming of age tale of Paola. Growing up between Ecuador and Colombia, her unique world constantly transforms as she tries to find herself on that path to young adulthood.

A striking and wonderfully unusual animated film, Virus Tropical is the coming of age tale of Paola. Growing up between Ecuador and Colombia, her unique world constantly transforms as she tries to find herself on that path to young adulthood.

While at its core it is similar to any other female-centred coming-of-age film you’ve ever seen, Virus Tropical has two distinct and incredibly memorable elements. Its South American focus proves consistently interesting as it is not a location we see too often in this genre. Paola’s family have a unique quality to them and not only act as a nice look into a slightly different culture and way of life but are key in crafting Paola herself as a character.

However, it is the animation itself that is the true standout of the whole film. Being based on a graphic novel by PowerPaola, the film feels like a drawing come to life. The layers within the animation, especially in the cityscapes, are remarkable to behold and it is this, along with the fact it is in black and white, that really makes Virus Tropical feel like you’ve been transported into Paola’s drawings.

The animation gives the film an authentic quality that works so strongly in its favour. Coming of age stories all tend to include the same moments in life as we often all experience certain key moments in the same small period of years, but a memorable coming-of-age film has unique stories surrounding these moments. Each of us grows up in very different ways and Paola, in her very feminine world, experiences those common feelings and moments in a way that may not be familiar to us. 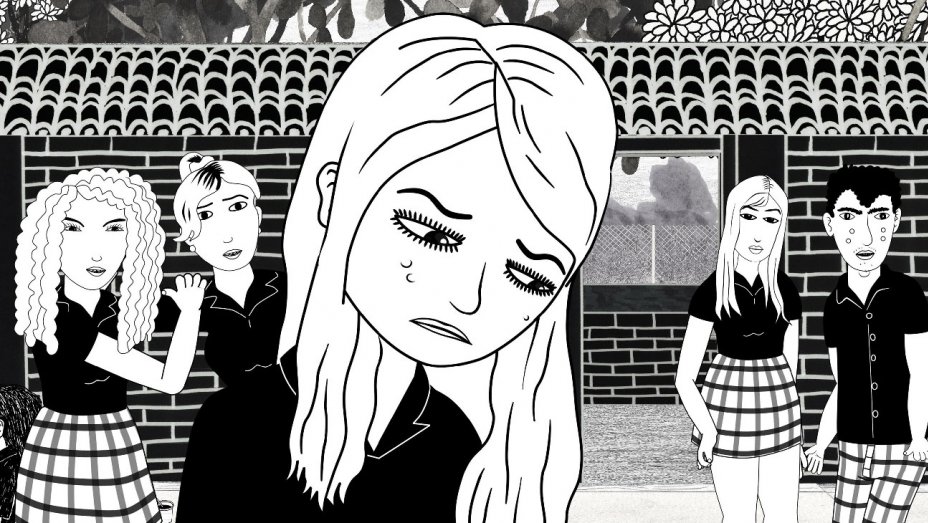 Virus Tropical follows Paola from birth all the way to sixteen and we see her outlook on her own life change drastically in that time. She is trying to find her independence as one by one her family members move away. Coming of age films are always incredibly easy to fall in love with due to their nature; how easily they allow anyone watching to identify with what’s happening on the screen. However, a more interesting film of this type shows us experiences we may not exactly be familiar with, while always having the desired effect.

One of the most instantly visually stunning animated films in recent memory, the story has just as many layers as the animation itself. Paola is an extremely likeable character who we truly want to be happy. But it is the animation’s authenticity, perfectly reflecting the story it’s telling and the emotions it wants to conjure up, that truly takes Virus Tropical to a special level.