Harry Potter Stories That Need to be Told

Right now, many of the major genre franchises find themselves at a crossroads. Star Wars has scaled back its plans for an expanded cinematic universe after the lacklustre premiere of Solo: A Star Wars Story, cancelling a proposed Boba Fett film and putting the future of any other potential spinoffs in serious jeopardy. Harry Potter, in the meantime, is two films deep into an overly ambitious, five-part Fantastic Beasts series, each instalment producing diminishing returns.

The theory that fans will eagerly consume any media from their favourite franchises is being severely tested. And in the case of Harry Potter, the question becomes, “What stories do the fans really want to see?” So despite not getting a dime of money from Warner Brothers consulting fees, we’re going to do them a solid and provide just a few ideas that would be so much more interesting than our current offerings.

This one may be cheating a bit because I see it as more of a quirky NBC comedy than an actual film, but it definitely still serves as an example of the sort of thing that the powers behind Harry Potter could do if they were willing to think outside the box. What self-respecting Harry Potter fan wouldn’t watch a workplace comedy about the workings of the Ministry of Magic?

You’ve got politics, a ton of in-fighting between departments, wacky misadventures as an inherently incompetent group of wizards run around trying to prevent Muggles from finding out about their world, only to be foiled by somebody’s Great Aunt Bessie getting attacked by a biting teacup that somehow found its way into a Muggle antique shop. What’s not to love? 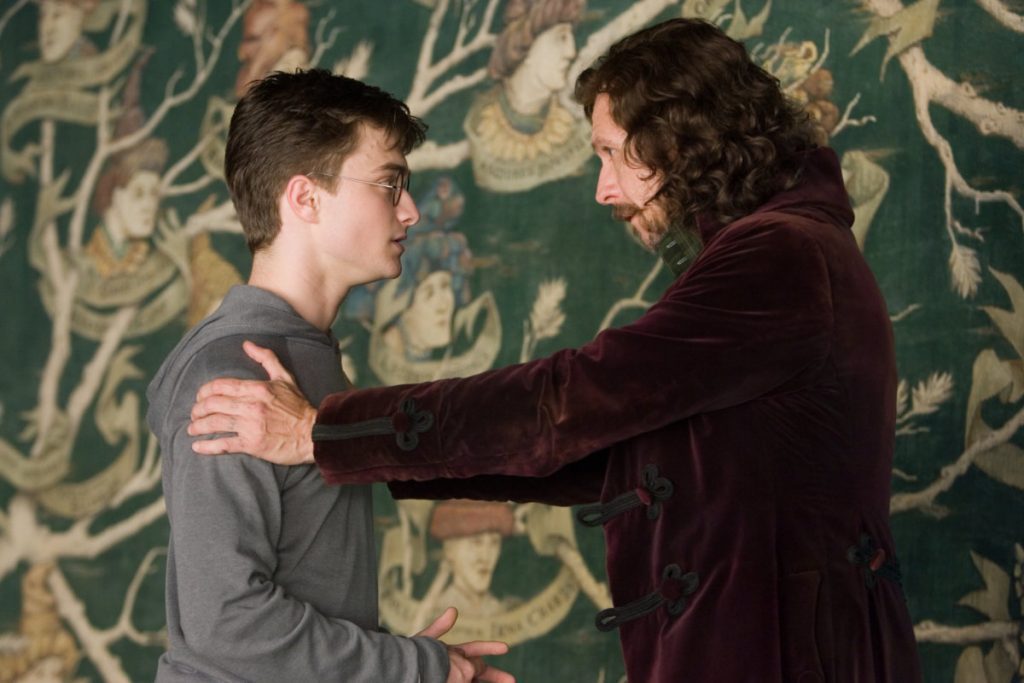 There are a ton of morally ambiguous characters within the Harry Potter universe, and people have written entire theses on Severus Snape, but for some reason, Regulus Black never gets the credit he deserves. It’s easy to go on about how good and pure someone like Harry Potter is, who has been on the path to heroics from his very first day at Hogwarts, but think about what a fascinating story could be told about a young man who was bred for the dark side, but turned to the light?

This is the tale of a character who slowly begins to have doubts about the people he surrounds himself with and the master he serves and makes the decision to sacrifice everything and betray them. He does so knowing that he will undoubtedly be killed for his actions, and he operates alone, without the comfort and support of a formal resistance group behind him. This is the hero we deserve. 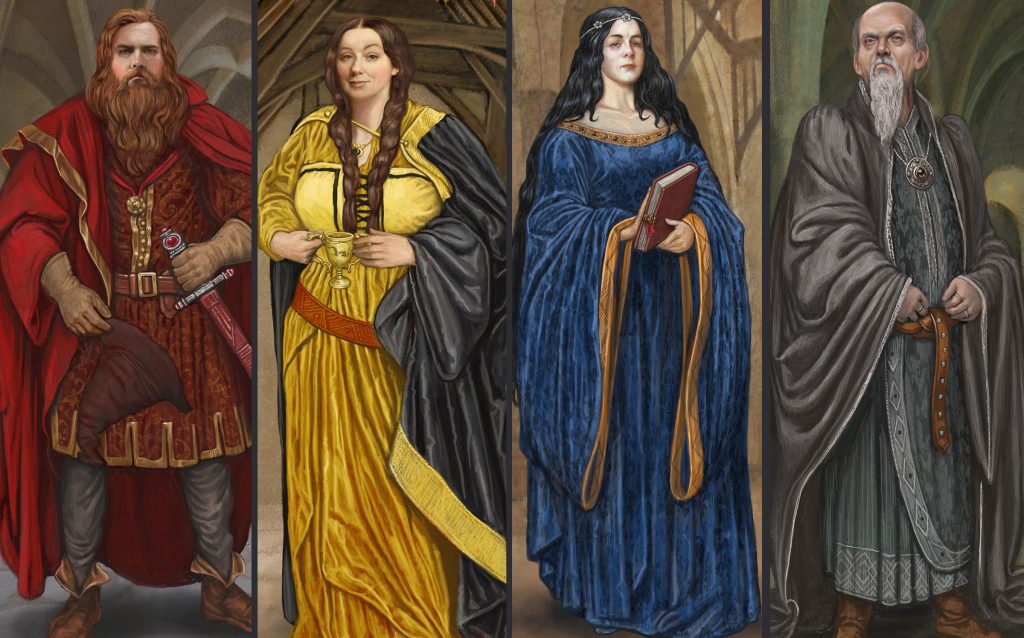 This might be a great opportunity to cash in on the whole Game of Thrones medieval vibe that’s pretty popular right now. Imagine a story that could bring to life the four fabled founders of Hogwarts: Rowena Ravenclaw, Helga Hufflepuff, Godric Gryffindor, and Salazar Slytherin. There’s so much potential because while we have a general idea of who these characters were, there’s also a ton of room to play around with both plot and personality.

What were like they? What problems did they face, living in a society that was inherently fearful of wizards and witches, and what led to them to create their own magical school? Were their alliterative names a requirement for playing a major role in magical history (sort of like a superhero situation)? Honestly, the potential costume designs alone should be enough to greenlight the idea.

There are two ways you can go with this. The first is a more serious tack, maybe an anthology series that goes into the backstory of each of the Hogwarts ghosts. This could potentially be intercut with them as ghosts in the present. There’s the potential for a sort of Rosencrantz and Guildenstern effect with the ghosts, as they’re constantly present for all of the Hogwarts drama but by their very nature are limited in their ability to engage.

The other is a lot sillier. The concept of ghosts within the Harry Potter universe is that there were people who were so unwilling to accept change or move on that they chose instead to stay behind and live eternally as a pale imitation of themselves in a place that meant something to them. This inevitably makes one wonder what kind of people would choose to do this, and the answer is, people who peaked in high school. Think about it. What better personification of the guys who can’t stop going to Homecoming to relieve their glory days than a bunch of ghosts who literally chose to haunt their own high school rather than move on? Anyway, it’s just an idea but I think it would be a lot of fun. 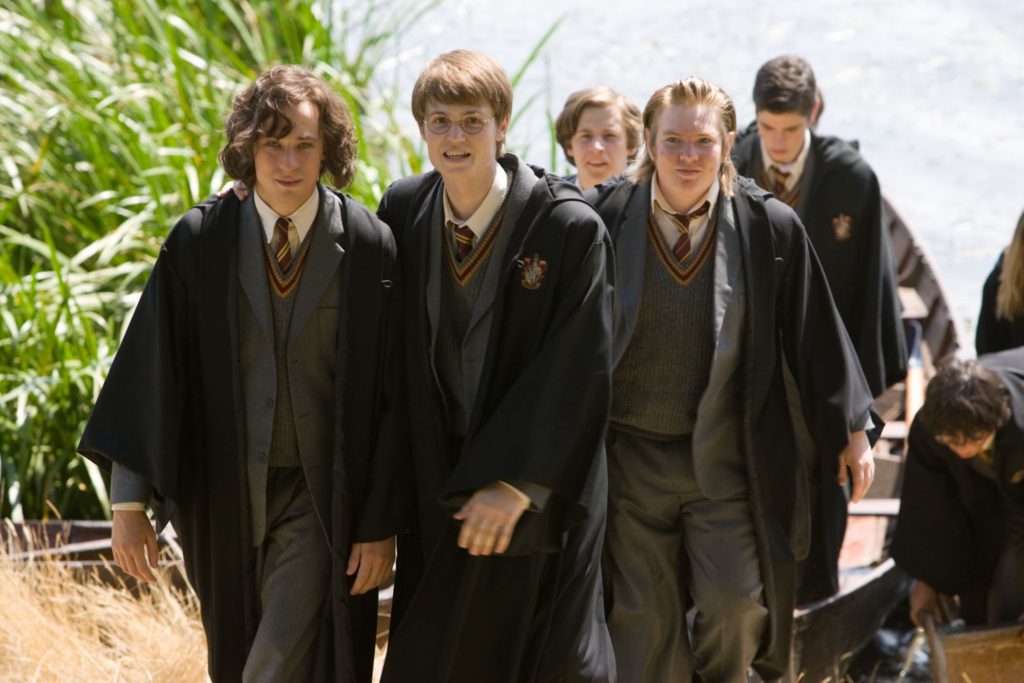 Honestly, someone should be serving jail time for the fact that this hasn’t been done yet. Young James, Sirius, Remus, Peter, Lily, and Snape are a massive source of fascination for many Harry Potter fans. And developing this into a film or television series would right the wrongs of squishing their screentime in the existing Harry Potter films into about twenty seconds.

A group of charismatic young witches and wizards that the audience already feels attached to coming of age during Voldemort’s original rise to power, joining the resistance while they’re still in high school — it writes itself. The number of fan castings that have been floating around Tumblr for the past few years makes it clear that this would be met with approval from the fans more than, say, the adventures told over a five-part film series of a magical nerd who is only ever mentioned in passing in any of the books.