For all its attempts at mystery and lofty ethical debate, “End of the Line” proves perhaps once and for all that The Romanoffs just isn’t very good.

For all its attempts at mystery and lofty ethical debate, “End of the Line” proves perhaps once and for all that The Romanoffs just isn’t very good.

This recap of The Romanoffs Episode 7, “End of the Line”, contains spoilers. You can check out our thoughts on the previous episode by clicking these words.

There’s a part of me that wants to like The Romanoffs; that admires its commitment to being strange and quite unlike anything else on television. But there’s another, louder part of me that thinks I’m an idiot for even contemplating the idea. If “End of the Line” proved anything, it was that Matthew Weiner’s show just isn’t as clever or profound as it thinks it is.

The beauty of an anthology format is that I’ve gotten away with not watching every episode, but the ones I’ve seen all possess the same traits. There is a couple or a family at the core of the plot. The tone wavers wildly from one scene to the next, not for any particular reason, but simply because why not? Everyone behaves in a way that is slightly odd and off-kilter; not threateningly so, but enough that each episode has a veneer of otherworldliness that keeps all the characters and events feeling slightly detached from reality. Someone is distantly (or not) related to the Romanov family, which I suppose is unavoidable.

In “End of the Line”, the couple are Anka (Kathryn Hahn) and Joe Garner (Jay R. Ferguson) who are happily married but childless, and touch down in chilly Vladivostok circa 2008 to rectify that. Their plan is to acquire a baby from a facility operated by extras from James Bond movies, including a string of distractingly good-looking intermediaries and a matronly head honcho who’s basically Rosa Klebb with a slightly better beauty regime. The affair works in a bizarre way that includes a payment of fifty grand and the exchange of coffee, baby clothes and giant chocolate bars, and it’s all somewhat predictably steeped in an air of sinister hammer and sickle officialdom that feints in a direction the story never bothers to go.

So far, so mysterious, but that doesn’t last. After essentially testing their potential baby, the Garners, particularly Anka, realise that something is wrong with it, and at that point the episode’s real agenda becomes clear. After having struggled for years with IVF and suchlike, and finally dumping fifty large to sweep back the Iron Curtain and acquire a baby with roughly the same bloodline, Anka feels like she has earned a right to choose exactly what kind of baby she gets – and she doesn’t want a defective one. Her husband, meanwhile, doesn’t much care, and so from then on “End of the Line” becomes a loud argument about the morality of adoption, the motivations of parenthood, and the idea of being uniquely positioned to choose the kind of child you’re responsible for – including choosing whether or not you’re able or willing to care for a child that has special needs. 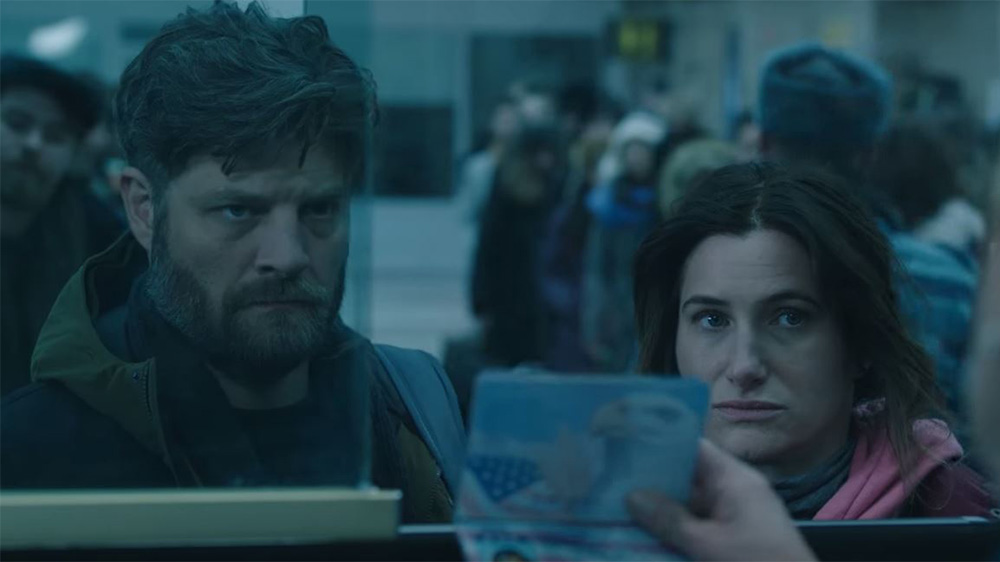 This isn’t a terrible ethical hook, but as usual The Romanoffs does nothing with it beyond raising both sides of the debate and then providing an unsatisfying, weirdly ambiguous ending. You could argue this is entirely the point, and indeed it might be, but then you’d also have to suggest a justification for that ambiguity. What, exactly, is The Romanoffs trying to say by raising these debates and then refusing to have its characters properly commit to them? By taking the centrist position the show isn’t highlighting anything beyond what most people already know; that these conundrums are complex and have no straightforward, morally-satisfying answers. That isn’t insightful or enlightening – it’s obvious and dramatically inert.

“End of the Line” grossly overestimates the depth of its writing and the appeal of its leading couple, despite a particularly excellent performance from Kathryn Hahn. You get the sense you believe what she’s saying, but that doesn’t mean what she’s saying makes sense. Far from coming across like a desperate woman at the end of her tether, the impression is instead of a character being rewritten on the fly, morphing to accommodate a perspective rather than her perspective being informed by who she is. And then the show decides quite arbitrarily that she’s a racist, which is a real clunker of a moment with no purpose that I can discern. It might not be true (her husband says it in anger) but it simply being floated as a possibility muddies and undermines her position.

I don’t know. The Romanoffs is undeniably compelling, and it’s worthy of a certain begrudging respect, but it’s also shallow and often ill thought-out, and rather than provoking thought and discussion it mostly provokes frustration. Just like the last episode I wrote about, the ending contrives an easy cop-out that means no decisions have to made, but by its nature it’s even more egregious here. I don’t like the show, but I continue to be weirdly fascinated and intrigued by it. Maybe that’s the point.