A Christmas Prince: The Royal Wedding is by far one of the most pointless sequels of the year and makes an unhealthy mark on Netflix’s thumbnails.

A Christmas Prince: The Royal Wedding is by far one of the most pointless sequels of the year and makes an unhealthy mark on Netflix’s thumbnails.

I remember fondly last year, sipping my morning granulated coffee, feeling a wave of nostalgia come over me as the red Netflix logo hit me in the face. It’s Christmas time. A Christmas Prince filled half of my morning; serving a predictable white privileged non-story to make you feel warm and empty in a fantasy country named Aldovia. I questioned the movie’s mere existence. What Netflix has proven is that our standards have dropped. Did we need to overindulge with a fatuous sequel? Did we need A Christmas Prince: The Royal Wedding?

Like all movies that I watch, I was half-hoping that the sequel would somehow persuade me into caring about the characters, but unfortunately, like its predecessor, A Christmas Prince: The Royal Wedding bored me irritatingly senseless. We received an unasked for continuation, begging for Royal Family enthusiasts to fondle their memories of Prince Harry and Meghan’s wedding.

In the sequel, Amber (Rose McIver) is relishing her engagement with Richard (Ben Lamb), which would make her the Queen of Aldovia, after she helped her fiance achieve the throne in the first film. The audience is treated to a series of exposition, showing her new lifestyle, embracing the Royal status while remaining hip in New York.

Unfortunately for Amber, the big day is coming quick, which means she has to reside in Aldovia for the rest of the movie, which is hurting financially, causing protests up and down the country, giving Richard an inconvenient headache. Also, Richard’s insufferable, entitled family are locking down her freedom, to ensure she acts as a Queen should. 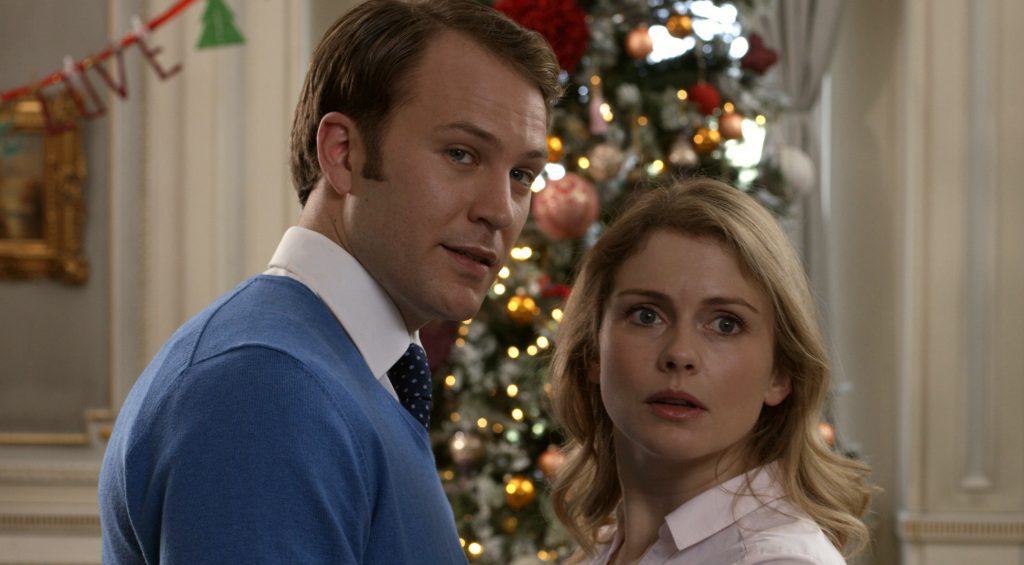 On the surface, A Christmas Prince: The Royal Wedding is about a woman’s displeasure of not being able to have her own planned wedding, dissatisfied with her husband due to his busy duties and demanding she has her respect.

Amber has a point, but due to the wafer-thin story, the incredulously inept character development, the half-attempted story yet again becomes a snore-fest, where the Royal Family all play their comical roles, and Richard barely musters an impression, like the actor Ben Lamb is bored of his character, awaiting that shiny Netflix cheque.

A Christmas Prince: The Royal Wedding tries to introduce a side-story where Richard tries to figure out why Aldovia is running out of money, enabling the audience to feel slightly teased at the sniff of corruption, and the suspicion of the returning cousin. This investigation, which Amber somehow shoehorns herself into, is introduced to try to add some meat, yet its desperate incision into the story makes it all more empty.

And I know next year we are going to get A Christmas Prince: The Royal Baby. F**k me, kill me now.