This recap of The Little Drummer Girl Episode 6 contains spoilers. You can check out our thoughts on the previous episode by clicking these words.

And thus, the BBC’s six-part adaptation of John le Carré’s The Little Drummer Girl comes to a fittingly miserable end. Park Chan-wook’s stylish and tense interpretation has been about many things: the Israel-Palestine conflict, morality, the ingrained antisemitism of the British establishment, “beautiful” men with beards, the whole nine. But it has mostly been about whether method-actor Charlie (an outstanding Florence Pugh) was really a sympathizer for the noble cause of Palestinian terror or the equally noble cause of Israeli espionage. (You should read “noble” there with the most elaborate sarcastic scare quotes you can muster.)

From her lover/supervisor Gadi Becker (Alexander Skarsgard) to the enigmatic terrorist leader Khalil (Charif Ghattas), Charlie has been told again and again that she must do one thing or another, which in The Little Drummer Girl Episode 6 involved a briefcase and a bomb. And sex, obviously; the overlap between spying and shagging being a favourite theme of le Carré’s. The true tension of the series has always been exactly why Charlie was willing to simply acquiesce to these increasingly extreme demands, and this week we got an answer: She’s an actress.

Is there more or less to it than that? Who knows. And really the success of the series can be attributed almost entirely to Florence Pugh, who ensured that it was never quite clear whether she was falling into the arms of her various handlers out of lust, love, ideology or subservience. She was believable as a naive actress and a manipulative sexpot and everything in between. It was a star-making, virtuoso performance. 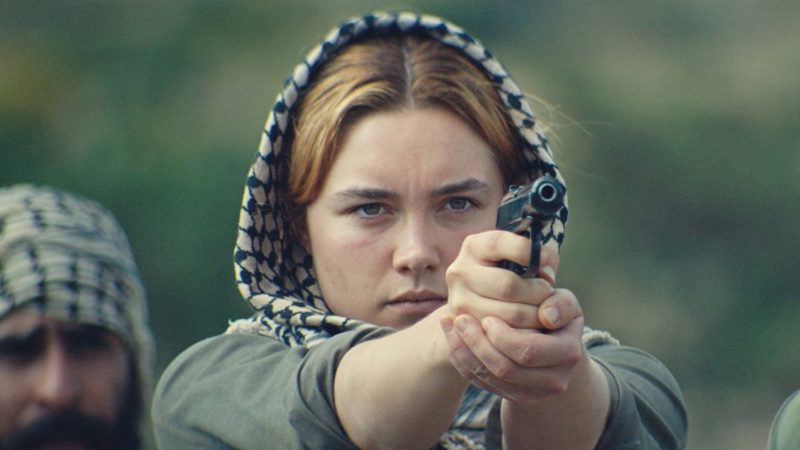 It also had consequences – in the fiction, at least. While Marty Kurtz (Michael Shannon) has a long-term plan for Charlie and Khalil both, things are never quite so simple when a beautiful woman is involved, are they? The professional merges indistinguishably with the personal. One minute you’re watching your new love have sex with another man, the next you’re filling that man full of bullets. It is what it is, I suppose.

That’s kind of le Carré’s attitude towards this kind of thing, anyway. It’s far too easy and uninteresting to have clear-cut goodies and baddies and wrap things up in a neat little bow. Sure, Kurtz and his team emerge victorious, technically. There’s even a montage of them bumping off all Khalil’s buddies and relatives. But when it’s all said and done, do they still know who they are? What they believe in? And perhaps most importantly, was it all worth it?