After Chidi, Eleanor, Tahani and Jason get taken into Janet’s void (fnar) things don’t quite go as expected but at least everyone didn’t cease to exist. That’s a win. It’s up to Janet to protect them while Michael chats to the head accountant, Neil (Stephen Merchant), to try and figure out just how the points system works.

After Chidi, Eleanor, Tahani and Jason get taken into Janet’s void (fnar) things don’t quite go as expected but at least everyone didn’t cease to exist. That’s a win. It’s up to Janet to protect them while Michael chats to the head accountant, Neil (Stephen Merchant), to try and figure out just how the points system works.


This recap of The Good Place Season 3, Episode 9, “Janet(s)”, contains spoilers. You can check out our thoughts on the previous episode by clicking these words.

Forking shirtballs, it’s good to have The Good Place back on our screens. It’s only been away for a few weeks but I’ve missed it terribly; I’m not quite sure how I’m going to cope with the long barren spell once this season actually finishes, but I don’t want to think about that just yet.

When we last saw Eleanor, Chidi, Tahani and Jason they were desperately trying to escape Shawn’s minions (not the yellow kind I’m afraid) and avoid being dragged to eternal torment in The Bad Place. As a last throw of the dice, the intrepid gang decided the only thing to do was to hide out in Janet’s void. If you’ve never seen an episode of The Good Place before then this might not be the place to jump on this particular train.

This episode is probably up there with the very best of The Good Place, and believe me, that’s saying something. It’s also an episode that confirms just how great D’Arcy Carden is as Janet as if we actually needed any confirmation of this. When the four humans stepped into Janet’s void we’re told their bodies ceased to exist and their essences were transported into the void. What that means in real terms is that everyone now looks like Janet. D’Arcy Carden does a great job of injecting each version of herself with just enough personality that you can tell which Janet is which, without ever lapsing into lazy caricatures. 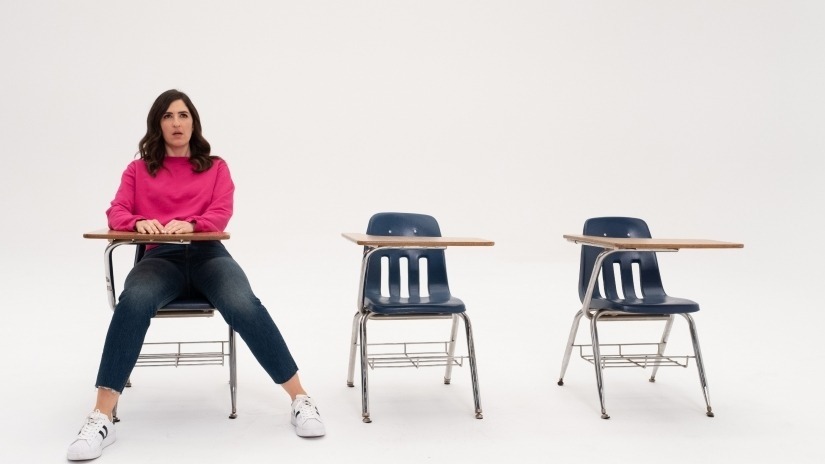 Another highlight of “Janet(s)” was Stephen Merchant, somewhat surprisingly. I like some things that Stephen Merchant has done but I always get the impression that he’s just being Stephen Merchant. It would be generous to call him an actor at this point I think; he’s just a guy that shows up and Stephen Merchant’s around the place, looking tall and then he’s off. Even in The Girl in the Spider’s Web, he was still very much Stephen Merchant. Anyway, normally I find him a little irritating but he seems perfectly pitched here as Neil the head accountant in the afterlife responsible for deciding who ends up where.

Amongst the really solid laughs in “Janet(s)” (of which there were many for me), we get some really interesting plot developments. It looks like Chidi is finally ready to admit his feelings for Eleanor, in a nice reversal of roles that sees her freaking out and him being the calming voice of reason. As if that’s not enough we find out that something is fundamentally wrong with the scoring system – no one has made into The Good Place for over 500 years.

As if all of that isn’t bad enough, no one seems prepared to believe that there is actually a problem, and there’s definitely no one who wants to help Michael save the (eternal) lives of the four friends. That means it’s all up to Michael to save the day.

There are not too many episodes left to go this season, but things are really shaping up to deliver an exciting finish.