A tremendously likeable and eye-opening series, The Casketeers explores laughter after death with grace and humour.

A tremendously likeable and eye-opening series, The Casketeers explores laughter after death with grace and humour.

If you were to make a list of the least funny things in life, death would probably rank somewhere near the top. But not according to the new Netflix series The Casketeers, which debuted today. The six-part offbeat blend of sentimentality and slapstick concerns M?ori funeral business Tipene funerals, and manages to locate what’s tragic about life and funny about death.

Audiences in New Zealand might have already been exposed to the show (it aired on TVNZ) but it’ll be a first for the vast majority of Netflix’s unknowable global audience. And it’ll likely attract a healthy portion of that audience given its universal themes of life and death. What’s fascinating about the show is how it makes you more comfortable with both. 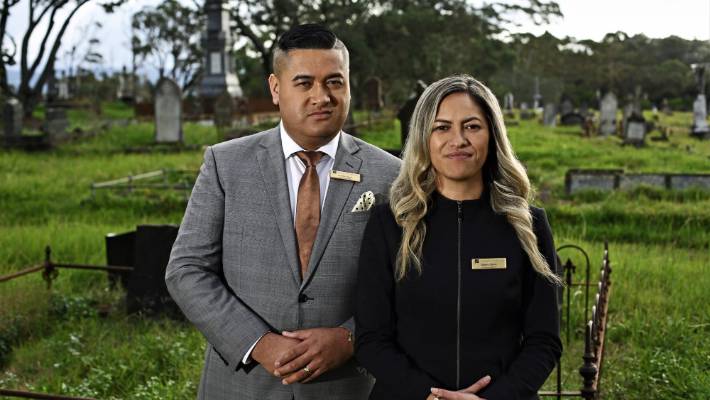 Combining comedy and death has been done before, most notably in Six Feet Under, but not to my knowledge in a real-life context, which is where The Casketeers finds a niche. Francis and Kaiora Tipene, the funeral directors, are remarkably likeable; warm, patient, open, proud, good-natured and good humoured. The show revolves around their relationship with each other and their clients, whom they treat as they would their own relatives, but its potency is in how it highlights the relationship between comedy and death – how the former can help us cope with the latter.

Everyone lives and everyone will, inevitably, die. Why not make a joke of that? But the humour in The Casketeers is not risqué or insensitive; it’s warm and knowing, an emotional bedfellow of sorrow and grief. There’s nothing antagonistic about how the Tipenes make light of loss. The spectrum of human experience and feeling is surprisingly small; the best and worst emotions rub shoulders with one another and by acknowledging their proximity, The Casketeers shows the cost of holding on and the value of letting go. Among Netflix’s self-proclaimed “quirky” offerings (which includes fellow documentary series Dark Tourist) there’s nothing quite so graceful or profoundly human as The Casketeers.