Netflix Series Sex Education Season 1 can be called many things; wild, extravagant, exaggerated, juvenile – but on the face of it, I cannot recall one episode in Season 1 that is monotonous or a “filler” to make up the budget and tread water. Netflix’s latest baby has a vision for the coming-of-age genre, one that I have not seen in a TV series since the rather no-nonsense Skins.

Sex Education begins with Otis (Asa Butterfield), a kid in secondary school who is noticeably an outsider but presumably comfortable with that notion. He jostles through the day with his logical approach, scheming his next social moves with his close friend Eric (Ncuti Gatwa) who is the complete opposite; extroverted, wild and eager to transmit his raging hormones on to the world. Otis’s mother is a sex therapist played by Gillian Anderson, who coolly plays the role with an arms-length approach of a mother.

Everything changes for Otis when he bumps into the infamous outsider Maeve (Emma Mackey), who begins the series getting accused of performing sexual acts on a number of people. Maeve uses her street-wise authority to keep Otis at bay at first, that is until she realises he is extremely good at giving out sex advice to students, after one in particular, Adam (Connor Swindells) cannot put down a v****a-induced erection. With Otis in awe of Maeve, he agrees to set up an illegal sex clinic at school. 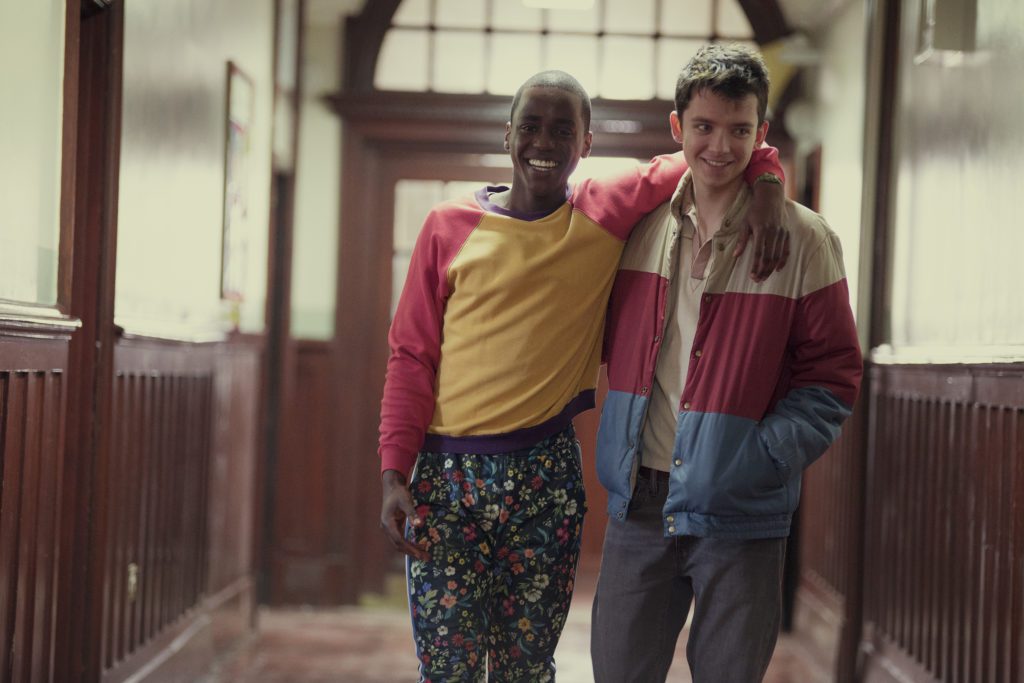 The product of the story is the sex clinic, with each episode providing a scenario for Otis to deal with — finding ways to give advice so he can earn his cash-in-hand money, but the theme of Sex Education is an undercurrent to the story itself. The Netflix series is not a reminder of what it is like to grow up, and suffering from the pitfalls of sex and relationships, but rather a celebration of how frivolous life as a teenager can be.

Each and every single character represents a different teenager at high school, with some episodes serving an important message to the viewer. One episode in particular dealt with the the issue of body shaming, with one girl suffering at the hands of smartphones with pictures of her private parts getting shown to the entire school. In the same episode, the value of friendship is highlighted, and how being there for those who you form a connection with, even in your teenage days, can have a lasting effect. Sex Education is surprisingly intuitive to the increasingly growing pressure of the generations coming up before us that will resonate with those residing in this current time – a time where identity and your place in the world is placed on a pedestal more than ever.

Sex Education Season 1 at times feels like it has a bombastic approach, yet its sincerity is revealed with its useful character development. Despite the fact that Otis and Maeve are the central characters, others manage to dip in and out of the story without convoluting the overall arc, yet somehow remaining effective. The Netflix series is very well written, with the prospect of more seasons.

Sex Education is the first surprise on Netflix for 2019.

We recapped each episode of Sex Education Season 1 – you can start with episode 1 by clicking these words (please note, the recaps will not work until the day of release – January 11th, 2019.