The BBC’s new six-part drama Baptiste gets itself off to a promising start, with a sex-trafficking mystery and a limping detective to comfortably occupy Sunday night primetime scheduling.

The BBC’s new six-part drama Baptiste gets itself off to a promising start, with a sex-trafficking mystery and a limping detective to comfortably occupy Sunday night primetime scheduling.

You can’t have a primetime Sunday night television slot going to waste, and the BBC as always have you covered. The latest show to occupy the coveted 9pm slot is Baptiste, a six-part spin-off from The Missing, in which Tchéky Karyo reprises his titular role of detective Julien Baptiste, now sucked into a wide-ranging sex-trafficking conspiracy that has swallowed the niece of a haggard Englishman (Tom Hollander) and threatens to endanger Baptiste’s wife, Celia (Anastasia Hille), too.

It’s nice to see Baptiste again. Having recovered from his brain surgery he’s technically healthy, but as he keeps reminding us he isn’t as fast or as sharp as he used to be. Which is a problem, since the young woman who is missing was fond of drugs, just like his daughter once was. He feels a personal connection to the case, and he’s willing to hobble along until the bitter end. 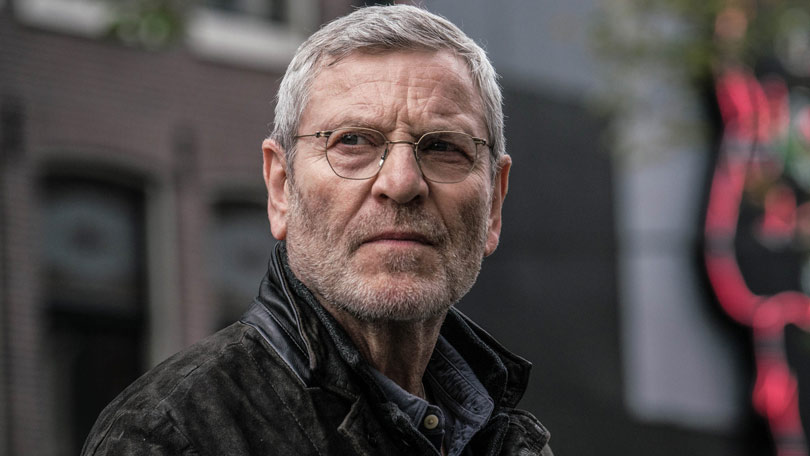 This is all happening in Amsterdam, home of the red-light district and tulip fields and trans brothels, apparently. It’s a seductive world of debauchery and legal marijuana over there, and so it’s hardly a surprise that the abductee fell into prostitution and God-knows-what-else. But what’s surprising is how far the conspiracy might reach, especially given the presence of a beardy stalker chap who bumbles around supermarkets and such, being vaguely threatening.

He’s a fine character, this Baptiste fella, played well by Karyo whether he’s investigating leads or making a nuisance of himself at home. Any case taken on by a man his age automatically assumes a sort of gravitas; a once more into the breach dear friends vibe, and the Beeb’s new drama has that in spades. It feels heavy and portentous, but spares some room for the odd bit of humor and sharp writing, too.

We’ll see how things progress over the next five weeks. For now, though, it should come as little surprise that Harry and Jack Williams’s new drama is off to a promising start.