Episode 12, “You’re Dead To Me”, was an uplift in quality for the rebooted Charmed, giving deep layers to the characters and important plot twists.

Episode 12, “You’re Dead To Me”, was an uplift in quality for the rebooted Charmed, giving deep layers to the characters and important plot twists.


This recap of Charmed Episode 12, “You’re Dead To Me”, contains spoilers. You can check out our thoughts on the previous episode by clicking these words.

Maybe a couple of breaks did the rebooted Charmed a favor because Episode 12, “You’re Dead To Me”, is a credible episode, evolving the characters to a new level, and not keeping them paper thin. In the opening of the episode, we were treated to a flashback 28 years ago, the moment Macy’s (Madeleine Mantock) mother brought her back to life. By doing so, she put herself in cosmic debt. We find out the reason why Macy was a family outcast for so long – the deal was she could be with Macy for two years but then cannot see her again for the rest of her life. The rule sounds a little childish, but we’ll go with it.

“You’re Dead To Me” presents personal resolve for Macy. Her pain is that she was not supposed to be here, and considering that most of her ideologies are built upon science, her view is that she should be dead. For someone who is a witch, she does stay loyal to the science of situations – it’s almost like the constant witchcraft she has been exposed to has not suspended her belief. In her pain, she decides to summon the person who brought her back; a necromancer who helped her mother, and we learn that this one, in particular, is trying to stay hidden from the Elders and other witches who are trying to kill her.

As we discovered previously, Mel (Melonie Diaz) is back in touch with Niko Hamada (Ellen Tamaki) even though her memory was altered, so she does not remember anything that happened. Maggie (Sarah Jeffery) gives her sisterly advice to not get with Niko again due to rules at play with magic but meets her at a cafe they used to meet at regularly anyway. 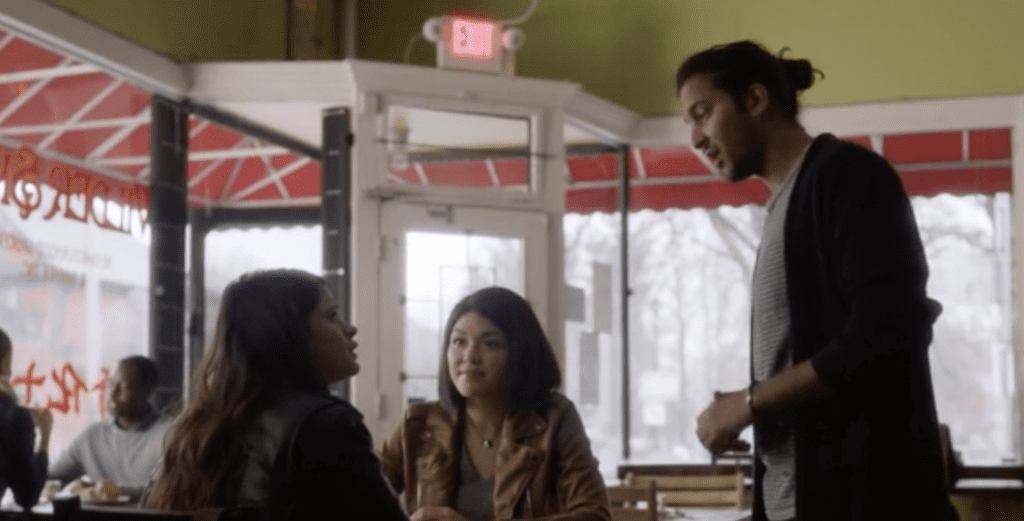 Amongst all the scenarios, Harry (Rupert Evans) keeps trying to tell the witches his ordeal, but unfortunately, the house is attacked by an angry witch trying to kill the necromancer. He tries to magic himself to the house with Melanie but accidentally lands in Manchester, England. “You’re Dead To Me” deepens Harry’s story, realizing he is in England because his emotions are entwining with his powers. Melanie, understanding that Harry cannot support the witches anymore, offers support to help find his son.

Macy manages to knock the witch out and in an upbeat mood tells Maggie to go the party she planned to attend. It does make me laugh how these dangerous situations do not prompt more seriousness, but I guess Charmed likes to mock its silliness. At the party Maggie gets frustrated with Parker’s presence, and also gets taken hostage by the witch trying to kill the necromancer. I was angry with myself for not seeing this likely scenario coming.

“You’re Dead To Me” ends with some fighting drama to please the audiences. The witch has placed Maggie in a water tank and threatens to kill her if Macy and Parker do not stop defending the necromancer. We learn more about Macy’s darkness, as she slowly starts killing the witch, even after Maggie escapes the water tank. In a moment of worry, Maggie manages to convince her to stop – and the witch tells Macy that the necromancer uses demon blood to resurrect people, meaning Macy will turn into one eventually. 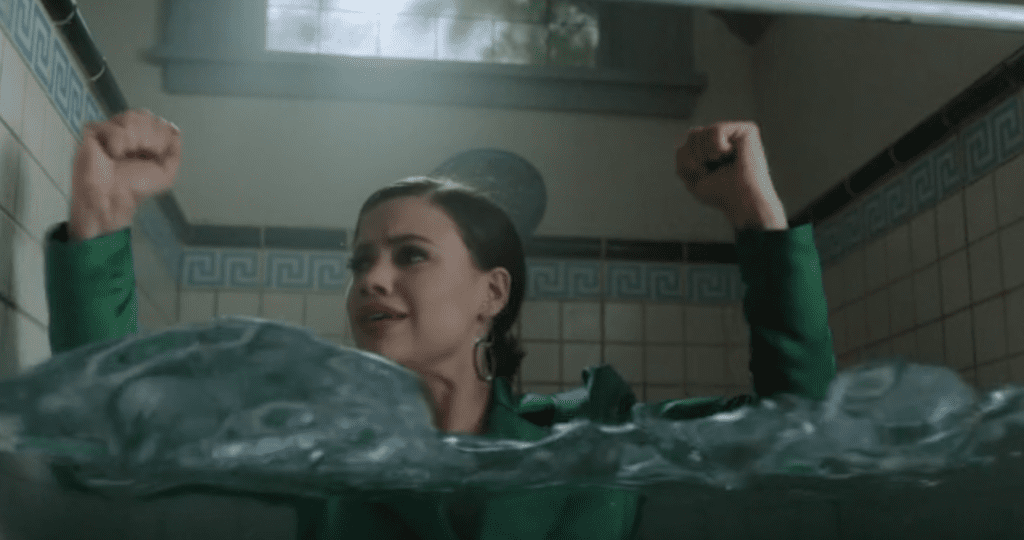 In England, Harry gets his breakthrough. After scything through birth certificates, he finds his son. However, his son is very old obviously, so in a moment of hesitation, he decides that it would be foolish to speak to him, especially if he’s happy. In a moment of torn and brave emotions for Harry, he watches his son and his grandchildren play on the lawn before returning to America.

“You’re Dead To Me” ends on a twist to keep the Charmed audience excited at least for a week. Now that Macy knows the truth, she is happy. She makes a deal with Parker’s mother (who manages the laboratory) – Macy will help take the demon out of Parker, only if she helps take the demon out of her first. Meanwhile, Parker’s father is talking to Maggie’s friend on Skype – they have been cooperating all this time to get them back together. Charmed was cluttered with stories to cling on to, but Episode 12 felt like a complete chapter rather than just a random version of events. I am sure I will be disappointed again next week.