Though an improvement in pacing enhances “Matador,” I am the Night remains maddeningly uneven in both its script and performances.

Though an improvement in pacing enhances “Matador,” I am the Night remains maddeningly uneven in both its script and performances.


This recap of I am the Night Episode 4, “Matador”, contains spoilers. You can check out our thoughts on the previous episode by clicking these words.

It dawned on me early on this week, as Fauna phoned her long-distance boyfriend while ogling Terrance out the window, that she is not a particularly interesting character. That probably sounds crazy given that she is central to the entire story. Yet I find any time she is on screen I start checking my watch, waiting for the shift back to Jay. It doesn’t help that India Eisley seems to have about three emotions as Fauna–wide-eyed surprise, wide-eyed fear, and wide-eyed annoyance. Not that she has been given meaty material to work with. Pine gets to smart off to the police, get high, get beaten up by half of LA, and deal with serious PTSD issues. Connie Nielsen and Jefferson Mays get to romp through the realm of eccentric insanity with Dylan Smith as the downtrodden henchman with the soul of an artist (sort of). Even Fauna’s reunion with Jimmie Lee toward the end of the episode is a meh moment. It is unfortunate that Fauna is the least developed character in her own story.

Corinna enjoys drunk dialing, it seems. Except instead of drunk dialing ex-boyfriends, she calls up her step-granddaughter and broken down reporters. These two are also included on her invite list for her own performance art, or Happening, as it were. The invitations for this crack me up. Was she lounging around in her silk robes cutting out letters? The Happening, along with the later scene showing Dr. Hodel’s own bizarre concept of art, indicate just how detached from humanity they are. Whether cutting fabric or cutting body parts, it is all part of some greater problem–that other people are insignificant in the grand scheme of their lives. They view themselves as somehow more profound, more important than silly girls and damaged war heroes.

So it is somewhat disconcerting that Hodel would have had Fauna followed for years by Sepp, particularly when he can’t be bothered to officially meet the granddaughter he invited to LA. As we saw last week, Sepp is merely a tool in the Hodel arsenal, someone the perverse doctor is not interested in mentoring in more exotic ways. This presents a particular problem when Sepp decides to prove himself, kidnapping Fauna at the Happening, knocking her out and taking her to the basement. Luckily, before Sepp can do any real damage, Jay shows up and puts an end to the sculptor/sociopath. If Sepp has been doing this dirty work for so long, would he really just take her to another floor if he were going to turn her into murderous art? Probably not. But then how else could Jay save her? 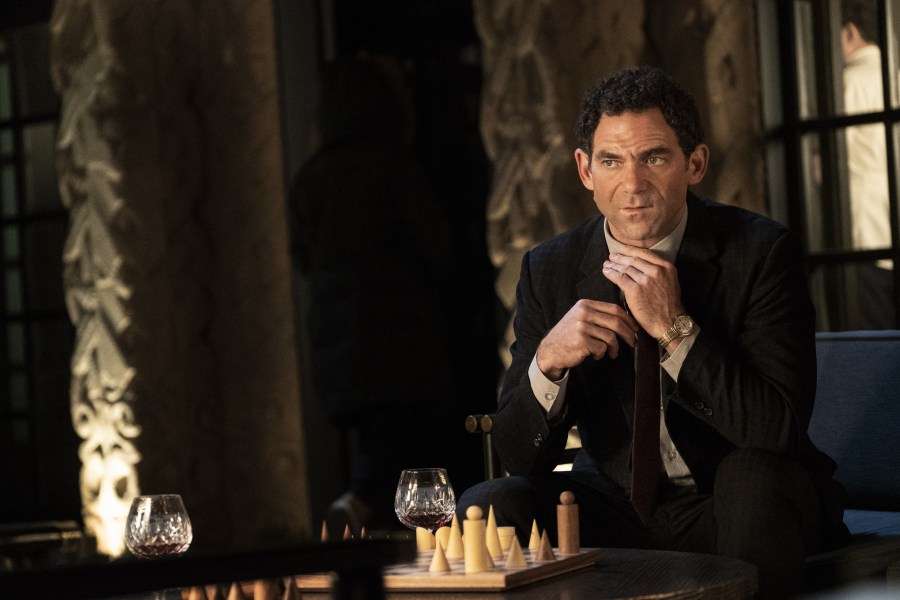 Fauna insists they clean up the murder scene as she has been identified by some attendees who stumble upon her and Jay with the body behind them. In what is supposed to be poetic justice, they dump Sepp in the same place where Nero was dumped, Fauna having visited it with Terrance earlier in the episode for a “One for me, and one for my homies” moment. What is worthwhile about this sequence is how Jay deteriorates. He kills Sepp quickly and efficiently, almost seeming to enjoy it. Afterward, however, he tosses back about a dozen stiff drinks in one gulp. By the time they finish disposing of the body, he can barely walk into his own apartment. Fauna dissolves on the floor in tears. Wide-eyed tears.

The next morning Fauna decides that she wants to go to Hawaii where she believes her mother is, based on a name she lifted from Corinna’s address book. Jay agrees to search Sepp’s apartment before they jump a plane to Hawaii. (Where are they getting money for this trip? I guess it doesn’t matter since we all know they aren’t really going to go.) There he finds some suspicious photographs before being interrupted with a message inviting Sepp to Dr. Hodel’s painting showcase. Are the Hodels just sending out armies of messengers to deliver these invites?

While Fauna visits with Jimmie Lee (who just got off a bus and got a gig singing), Jay attends another Hodel art event. He runs into Corinna who, as she did with Fauna, claims she did not drunk dial him. Security attempts to remove him and as he evades them, he stumbles into Hodel’s gallery. Thus far Jay has just thought Hodel was involved in illegal abortions. Here puts together the disassembled body parts displayed in the collection of paintings with the bodies of the Black Dahlia and Janice. The final thing he takes in is a giant bull skull. As the credits roll, we see the works of Man Ray and Dali which did in fact show dismantled women.

Although “Matador” is an improvement, the series in general struggles with a hurry up and wait problem. Irrelevant scenes drag on way too long and important realizations come way too easily. It makes for uneven moments that shift from solid storytelling to tedious vamping. I am curious as to why they elected for a series rather than a single movie as part of the problem seems to be trying to stretch a story out over six hours that could probably have been told in two with some sharp editing.