Home » Film » ‘Fighting with My Family’: The Untold Story

‘Fighting with My Family’: The Untold Story


Fighting with My Family is currently in the cinemas. I loved it, not going to lie. The story follows Paige’s journey to the WWE and just how much she needed to overcome to become the most successful member of her wrestling family. Before you go any further into this article, I am going to talk full spoilers, including the outcome of the movie.

First, I want to talk about the missed parts of getting to the WWE. One feature that we fail to understand is the time-scale of everything going on. When Paige was first signed, she went to the development brand known as Florida Championship Wrestling (FCW) in 2011, making her debut in 2012; her fans would know her as the ‘Anti Diva’. FCW was rebranded as NXT, which saw Paige continue to be one of the top women in the company, becoming the inaugural NXT Women’s Champion on 24 July, 2013; she held that title for 274 days and was never defeated for it, vacating it when she shocked the world beating AJ Lee for the Diva’s Title the night after WrestleMania (much like the movie), where she didn’t hesitate in that match. That is where the movie ended, but not the story.

Paige would go on to have a couple of reigns as the Divas champion against the biggest women in the company. 23rd February 2015 helped to cement Paige in history, when she was involved in a 30-second tag match which would lead to the hashtag #GiveDivasAChance sweeping the internet. With the NXT brand’s women stealing the show, a movement was started: the Women’s Revolution. On July 23th 2015, everything changed, when Paige was given stable mates, Charlotte Flair and Becky Lynch (two of the women who will be involved in the first ever women’s main evert of WrestleMania this year), the call ups also including Sasha Banks, which changed how women’s wrestling was looked at.

In 2016 things started to go wrong for Paige, with injuries mounting up and suspensions for drug violations, with the strict rules being put in place with the WWE and sports. She claimed it was prescription drugs, while the WWE claimed it was illegal substances. 2017 didn’t get any easier for Paige, when her personal photos and videos were leaked all over the internet, which she has admitted lead her to become suicidal and suffer from stress-induced anorexia, while her then boyfriend, former WWE superstar Alberto Del Rio, was going through drunken rants against the WWE staff.

In November 2017 Paige finally got to return after recovering from the injuries that had held up her career. Once again she was given two new talents to work with: Sonya Deville and Mandy Rose. This should have been her grand return, finally able to be part of the Women’s revolution she helped make happen. In her time away she missed the women getting to main event pay-per-views, something unthinkable 3 years earlier, then the Women’s Royal Rumble was announced, the first ever. 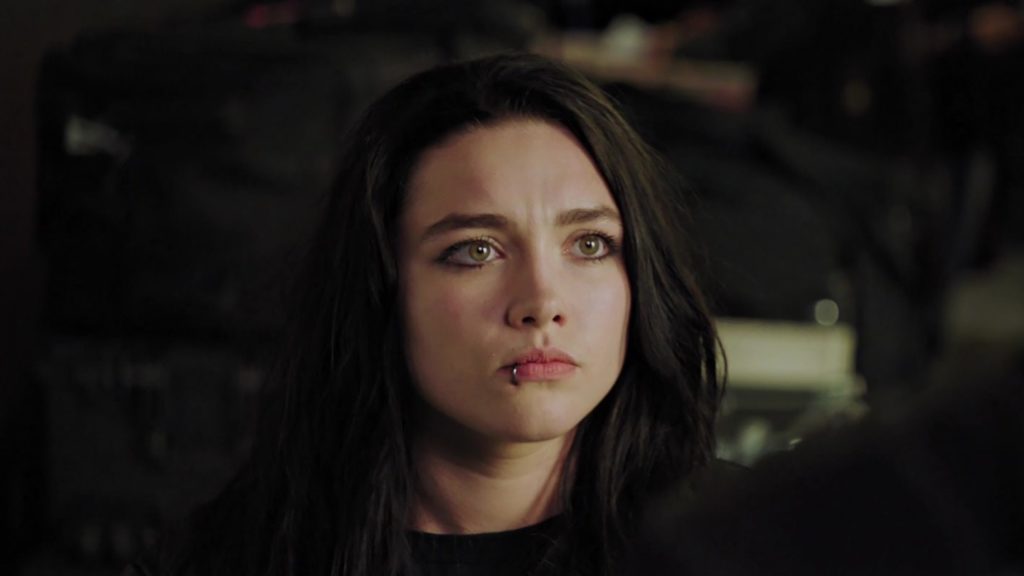 This is where the tragic side of this story comes out, as at the age of 25, Paige took a kick wrong which saw her unable to stand. It is a scary video to see if you can find it on the Youtube. This took her out of the first ever Women’s Royal Rumble (see WWE Chronicle for her first-hand reaction to this, which will bring a tear to your eyes.) This injury would prove to be the more devasting, because it would force her to retire from competing, at 25. She had given so much to help the Women’s Revolution, which has seen Ronda Rousey join, the women get their own pay-per-view event, be the first to compete in a wrestling match in Saudi Arabia, and this year main event WrestleMania.

As for life after competing, Paige went into a new role for 2018 where she became an on-screen general manager on SmackDown Live which was considered very popular for the audience. The future is still wide open for Paige, with her latest comments suggesting a move into management.

Fighting with My Family might show a positive story of success, but it doesn’t show the whole story. This is one of the tragic wrestling stories and one that could easily have a sequel to show just how much Paige went through at such a young age. Now she is 26 and she seems to have had a career many would be envious off, but one that could have easily had decades more to offer.