The Colony is a post-apocalyptic survival thriller which looks great, but isn’t as exciting as it should have been.

The Colony is a post-apocalyptic survival thriller which looks great, but isn’t as exciting as it should have been.

This is going to be one of those reviews that tell you yes there are some positive features to the film, but… So I’m going to get to the point and stay there: The Colony is a sorry mess. I thought I’d start going through Shudder’s back catalog (this is one of the first films they made available), and was prepared for some variety, but was not prepared for this level of disappointment.

The title refers to one of a few remaining outposts that house people after the next ice age has arrived and settled down to stay. A sincere voiceover at the start fills us in about that, but I’m not sure it was necessary: it’s pretty easy to see what’s going on, and there are more than enough clues in the dialogue. Survival is so tough that there are rules intolerant of any illness, in case it spreads; and it is accepted that going outside for any real distance is an unknown risk.

Now that sounds like an OK premise for a post-apocalyptic survival film, but for a big chunk of The Colony, the atmosphere is tired and the script is dull. Sure, the snowscapes are great, and the actors are sound, but I want to be excited by my sci-fi, I really do. I reckon the director (Jeff Renfroe) may have felt the first part bored him too because when the time comes that the bad guys show up, he brandishes plenty of violence and rock music a la eighties and nineties action films… but that doesn’t save it. 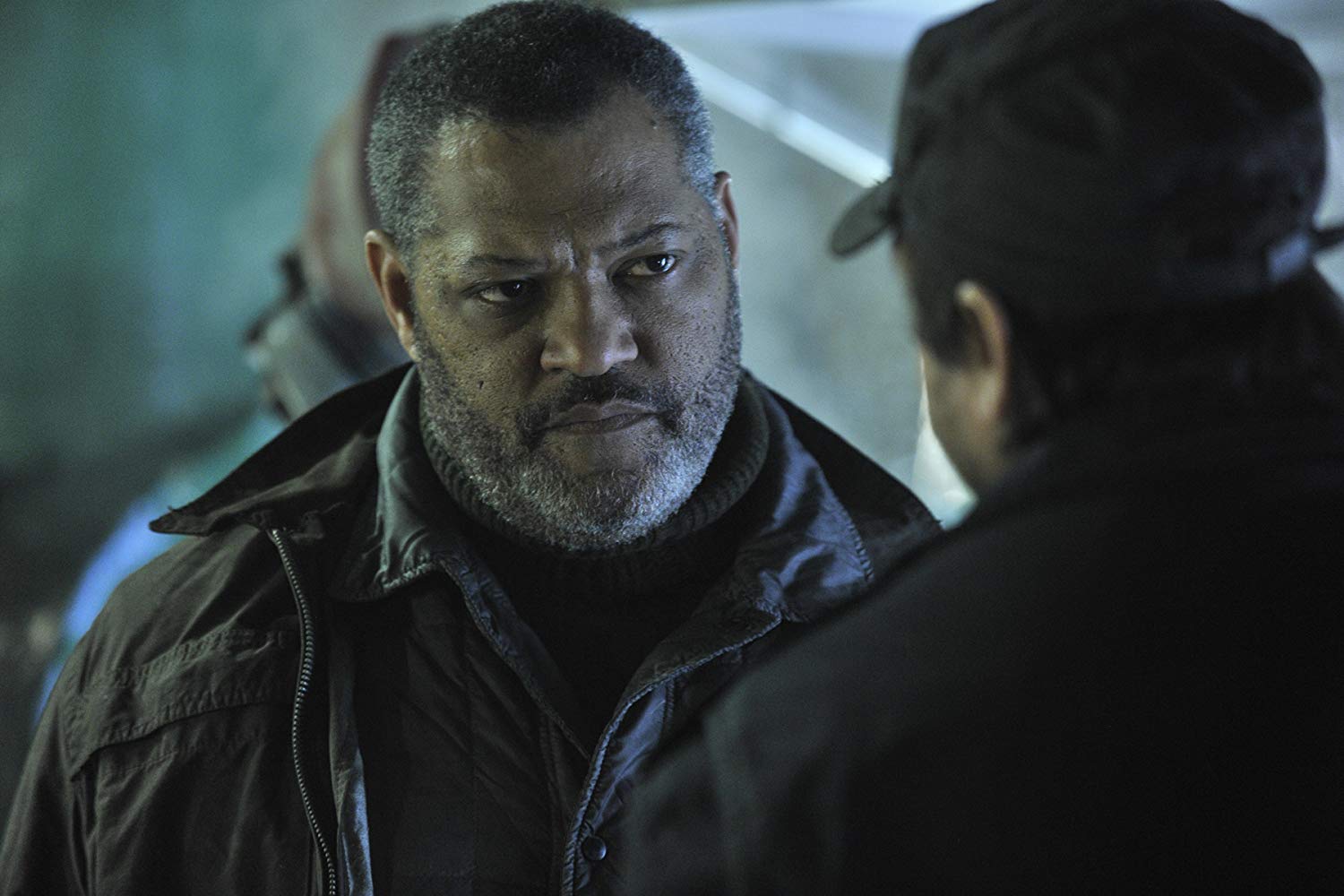 Laurence Fishburne plays Briggs, the leader of the main colony; and Bill Paxton plays Mason, his deputy, left behind when Briggs takes a party to visit the colony that’s gone quiet. Fishburne! Paxton! The Colony should have been exciting: these guys deserve a decent film. The roles don’t stretch either of these two stars (and it was great seeing Paxton again, playing something like his A Simple Plan part), but the acting across the board is more than reasonable. It’s just a pity that the script wasn’t a better one.

The cinematography is fine, with plenty of attention paid to the snowy landscapes and ruins. But it isn’t anything special (I’ve seen wintery sets used well in many other films), and the production fails when it comes to the darker, indoor sets: it’s not easy to tell what’s going on. What really lets the film down, though, are the few stark moments that pull the viewer out of the suspension of disbelief: the occasional CGI, for example, and the erratic continuity.

On the plus side, I liked the nice hopeful moment near the end; though they did just kind of mention it in passing… and it’s almost the same as one from WALL-E.