This recap of Alan Partridge Episode 2 contains spoilers. You can check out our thoughts on the previous episode by clicking these words.

The genius of This Time with Alan Partridge Episode 2 – and rest assured I wouldn’t use the term if it wasn’t warranted – was that it began as one thing and subtly, swiftly became another. That deft reversal gave the hysterical half-hour not just a surprising topicality and a gag-a-minute pace, but also the kind of self-assured rhythm that only a lifetime working in comedy can provide.

Steve Coogan has so thoroughly mastered Alan Partridge by now – both in his writing and his performance – that to watch him bumble around and emote at the camera is a pleasure on its own. But This Time with Alan Partridge, in its clever skewering of One Show-style magazine talk shows, pitches ripe material at him at an almost unprecedented rate. You can never tell precisely where any of the tangents and deviations are going to lead, but you know it’s going to be somewhere funny. 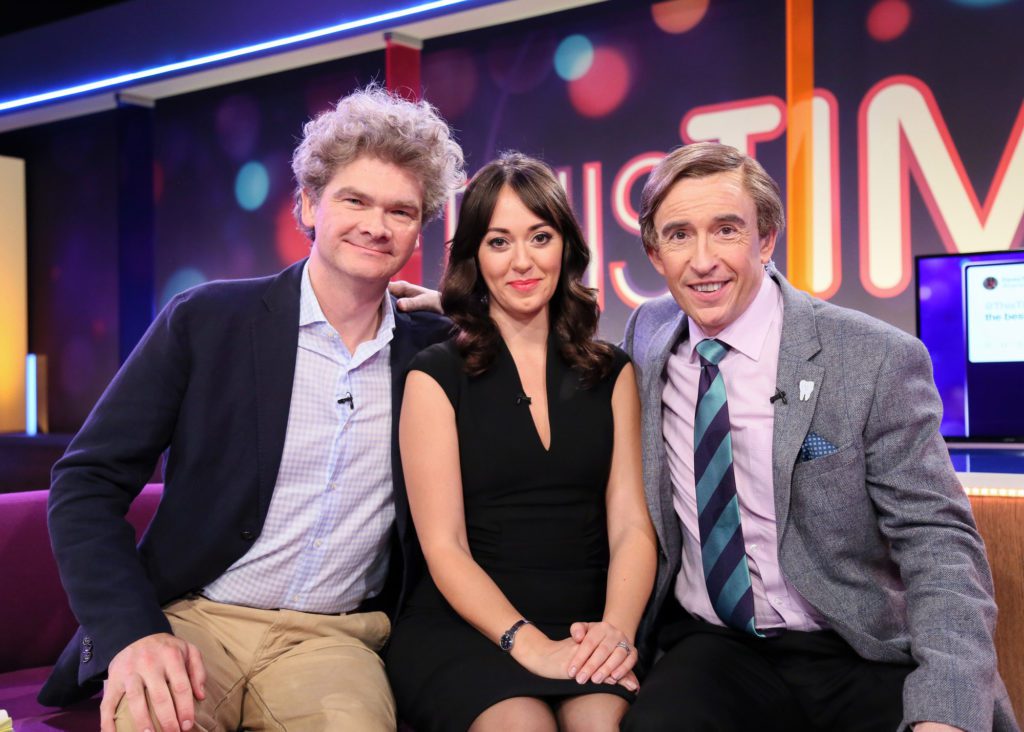 This is how This Time with Alan Patridge Episode 2 could start off riffing on death, and particularly television and social media mourning, and nail a last-minute pivot to sexual harassment in the workplace. The setup was the death of John Baskell (Peter Wight), the regular show host who Alan was standing in for, which of course meant, as Alan’s long-suffering PA Lynn (Felicity Montagu) put it, that “there’s a vacancy here”. In several tortuous off-the-cuff segments, Alan couldn’t resist taking potshots at John’s career, weight and drinking, while at the same time trying – and horribly failing – to contort his endlessly expressive mug into something sympathetic.

But his last-minute secret weapon was prepared well in advance. Alan’s dopey tech-support sidekick Simon (Tim Key) was reeling in live tweets with the hashtag #johngone, two of which revealed juicy, #MeToo-style revelations about the late host that Alan read out with glee. This was after he had been thoroughly upstaged by TV presenter and regular This Time co-host Sam Chatwin (Simon Farnaby), whom he relentlessly reminded was the son of the BBC’s head of factual programming.

The brilliance here is that Alan is an idiot, and a self-aggrandising, delusional, careerist predator, but he’s also the hero of a story that is constantly populated by people even stupider or more deplorable than he is. He’s a welcome antidote to the veneer of bullshit that overlays shows of this type and, if we’re being honest, mainstream news media in general; he’s a pompous, elitist moron, but he’s closer to us, the people, than he is to the flesh-pressing automatons he so desperately works alongside. That’s why we love him, and that’s why This Time with Alan Partridge Episode 2 was a work of finely-tuned comic genius.