‘I Am the Night’ Episode 6 Recap

Though intended to be a thrilling climax, the series finale of I am the Night crosses into the ridiculous, its series-long issues of pacing and spotty narrative devices plaguing it to the end.

Though intended to be a thrilling climax, the series finale of I am the Night crosses into the ridiculous, its series-long issues of pacing and spotty narrative devices plaguing it to the end.


This recap of I Am the Night contains spoilers. You can check out our thoughts on the previous episode by clicking these words.

Earlier in the season, Corinna told young Fauna that her grandfather/father was a genius. As a child we see child Dr. Hodel rejected by Rachmaninoff as a piano student for lacking emotion. A few moments later, Hodel sees a bull, a symbol of his repressed rage. This reference, also from earlier in the season, leads off a disappointing finale to a mediocre series that did the great disservice of not matching star Chris Pine’s abilities.

Police brutality seems to follow Jay, particularly now that Hodel has the reporter in his sights. Jay tries to warn the police that Hodel intends to rape and murder Fauna, which sounds horrifying. But here’s the flaw in that logic. Yes, Hodel invited Fauna to LA and probably for nefarious reasons. However, he is the one who has been avoiding her, dodging her calls, and generally ghosting her. All he had to do was pick her up at the bus stop that first night. Yet he didn’t. Maybe it’s part of his game. It seems more like poor storytelling. 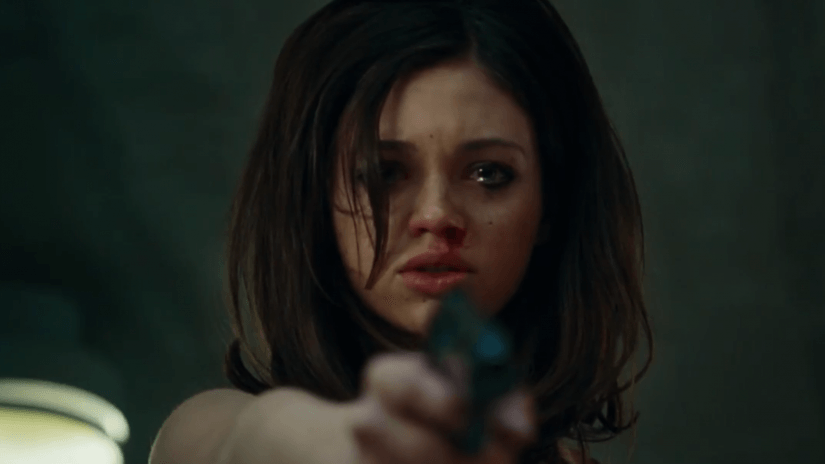 Fauna receives the call about her adopted mother’s attack. Terrance smuggles her to Corinna’s house with the Watts Riots in the background. Jay also sees rioters being loaded into the prison. It seems the show wants to tell a bigger story about the complexities of race issues in the 1960s; however, it merely uses them as random beats, background noise to the other somewhat disjointed stories it is trying to tell. Such as Corinna drugging Fauna to deliver her to the grandfather she’s been trying to meet all season. He brushes off her failed attempts to meet him as “being hard to pin down.” Sort of like this narrative.

Trapped in the Hodel mansion, Fauna fails to find an escape, or appreciate her grandfather’s love of art and polished shoes. As Tamar predicted, Hodel has a long reach, including the police and the National Guard. Billis stops by the Hodel mansion to confirm that Jay has been imprisoned. Fauna’s desperation to go with him raises enough concern that even the corrupt cop begins to think Jay might have a case against Hodel. Back at the police station, Jay offers to exchange a guilty plea for Janice’s murder for the chance to go after Hodel. He’ll escape under the cover of the riots. Billis gets to close a case and Hodel gets taken down. I would call out this complete failure in logic, but it is no more nonsensical than half the “twists” that have belabored this bloated story.

As an audience, we’re supposed to be fearful for Fauna because the music, creepy chess set, strange dinner, and Hodel’s art studio/surgery room tell us to be. Hodel’s painting confirms everything we’ve been told, as does his slapping Fauna and pulling a gun on her, eventually losing his temper when she calls his work kitsch. Lucky for Fauna, she’s decided to steal Jay’s ball in a sock trick and uses it against her father, taking his gun. This is the first interesting thing she’s done all season. Better late than never, I suppose.

Jay doesn’t get to kill Hodel after all, as the doctor evades him. Although Jay doesn’t die as I predicted, he ends up in Hawaii, reading a letter from Fauna about how he should forgive himself. Fauna gets a somewhat happy ending, offering to allow Jay to use her name in his story (he doesn’t write it) and dating young Terrence (that poor boy back home) who goes home to meet her recovering mother. We’re left with the image of Jay on a surfboard, trying to make peace with his demons. If only he’d been given a better story in which to do it.