Cheat Episode 1 escalates quickly to a dark, sinister series, as Leah and Rose go to war almost immediately from the first minute.

Cheat Episode 1 escalates quickly to a dark, sinister series, as Leah and Rose go to war almost immediately from the first minute.


Cheat Episode 1 gets off to a compelling, dark and sinister start, with Leah (Katherine Kelly) and Rose (Molly Windsor) talking to each other, separated by glass. But that was only a quick flashback to tease us, and the story begins with Leah attempting to conceive a baby with her partner Adam (Tom Goodman-Hill), giving us personal insight into one of the lead characters from the offset.

We witness Leah’s day job, delivering a lecture on power dynamics, and Rose joins late to class, clasping a latte. Leah’s colleague Stephan (Parker Sawyers) pulls her aside regarding setting a date for her probationary meeting for the job, but she apparently feels sexually attracted to him, and quickly goes to the bathroom to m********e at the thought of him – in a moment of panic she thinks someone heard her, which plays on her paranoia later. 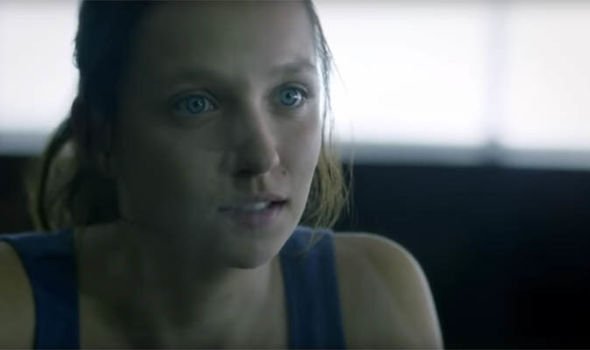 When Rose sees her failed mark, she is understandably furious, and immediately goes home to investigate her lecturer. Cheat Episode 1 does not waste time getting to the bare bones of the story as Leah’s problems with this student escalate quickly as Rose confronts her. The mood of Episode 1 changes as Rose begins to analyze Leah’s body language in detail and her confidence as a lecturer. Leah is clearly moved and nervous by her confrontation and tells the student she should have paid for a lower mark.

Rose is eager not to let the issue drop, talking to herself in the mirror, almost like a pep talk, telling herself that Leah has something against her. Her plotting deepens, asking Ben (Burn Gorman) for Leah’s address so she can stalk her. Leah delves into the issue with her partner Adam, rather than focusing on their efforts to try for a baby. The story presents a potential gulf between the couple.

Cheat Episode 1 teases the audience further, serving a flash forward with a police investigation that involves a killer. Two photos are up on the wall – Leah and Rose. Back in present day, the doctor explains that Leah and Adam have not been able to conceive and it’s the man who is the problem. Adam shows resentment at his failure to provide a baby. As Leah vents at his attitude, she visits the bathroom and sees written on the door, “Leah Dale was here, frigging herself off”, which I found oddly amusing. 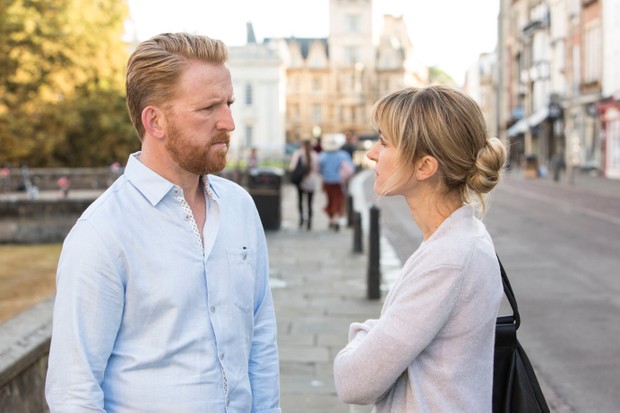 Her personal troubles spill over into the classroom and her rivalry with Rose becomes public. Leah tries picking on the student in a lecture, and after class Leah arrogantly challenges Rose, stating she cannot be intimated. Rose takes it a step further, visiting Leah’s house while Adam is the only one home. She explains that she loves Leah, and butters Adam up with compliments. They drink whiskey together. Adam appears to enjoy the attention but then the smoke alarm goes off so Leah swiftly gets off.

The last part of Cheat Episode 1 seals off a strong start to the mini-series. Adam apologizes for the bad news of not being able to conceive, but there is flagrant tension between the couple. He gives her Rose’s essay notes that she dropped off from the night before. Adam wonders why she is taking medication again and wonders if the chances of conceiving bother her. From my perspective, Leah does not seem to have a vested interest in starting a family and instead gets paranoid about her cat going missing, believing Rose has kidnapped her. They find the cat dead in the bushes – road kill apparently, but Leah notices there was no collar.

As Cheat Episode 1 ends, Leah tells Rose about the cat and then reverts back to forward flash, and Rose asks Leah if she feels guilty about Adam, who is shown to be dead.

You can read the recap of our second episode by clicking these words.