Action Episode 1 explains how sports gambling works, and who is involved – like we didn’t know already.

Action Episode 1 explains how sports gambling works, and who is involved – like we didn’t know already.

Maybe it is because I am from England, so the idea of gambling is not alien to me, but while watching Showtime Sports documentary series Action, I was wondering what the point of it was. Sports gambling is new in the USA, and this 4-episode mini-series is a record of the birth of it, legally. Action Episode 1 is more of a taster, an advertiser of the entire concept than an insightful behind the scenes breakdown of the insight.

I’ve participated in some sports gambling in my time, and the most common takeaway is that there is only ever one winner – the bookies. What I find frustrating in Action Episode 1 is that it glamourizes and almost supports those who claim to have figured out a formula to winning bets. You may have seen similar social media influencers who guarantee safe wins but only if you give them a membership fee. The documentary series does nothing to challenge this activity. Okay, it questions it, but then swiftly moves on.

And I think that’s the issue with the opening episode of Showtime’s Action; if you are familiar with sports gambling, then there is no idea or ingredient in the show that will serve as an information nugget. If anything, it shows America’s true colours – do we need to make a big deal that there’s a successful female Gambling Pundit? I’m a frequent watcher of sport in general and it’s not uncommon to have women involved in the coverage; in fact, it’s normal, thus adding to the strangeness of this one-dimensional opening episode where men hype up that a woman creates forecasts for greedy male gamblers. 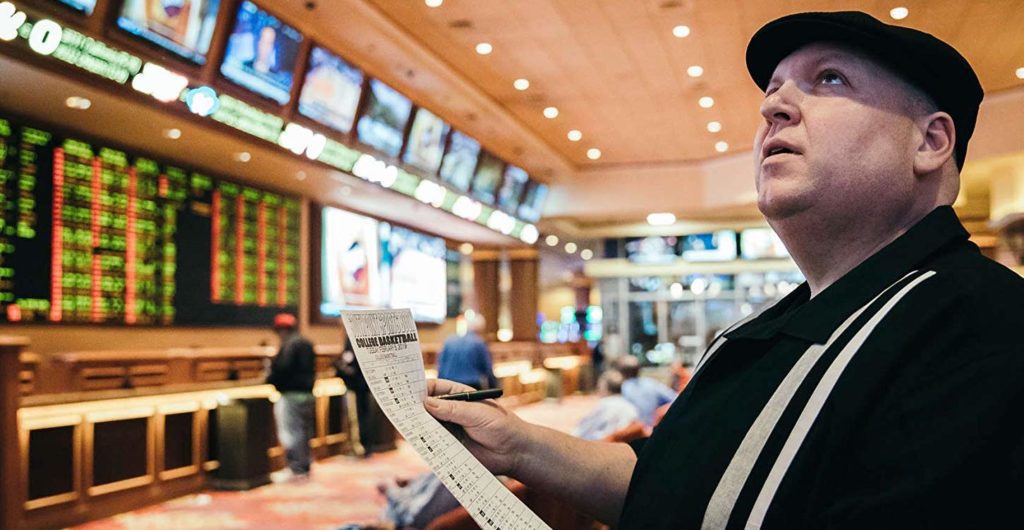 Action Episode 1 does platform a scientific gambler that has a team behind him looking at various pieces of data while he orders a bowl of nachos, but not only did he look like he needed a cholesterol check, his entire career felt unhealthy. Throughout the episode, there are wild claims of “Oh, I’m not addicted because I’m talking to you” s**t. Let’s all shut the f**k up for one second – if you spend every single hour of your life trying to figure out data to make sure bets, then you are addicted. If your entire family income relies on you holding a betting slip in your greasy, sweaty palms, then you are addicted.

Action Episode 1 does attempt to throw stat after stat at a bored audience but let me explain how it works instead – sports gambling is when you walk into a gambling business and tell that organization that you think a specific sporting event will happen for a certain amount of money. If that sporting event occurs as you “predicted” then your money amplifies into a more substantial amount.