“I Was Just Passing” is difficult to pin down, but a killer cast and snappy writing keep it compelling.

“I Was Just Passing” is difficult to pin down, but a killer cast and snappy writing keep it compelling.


This recap of the Gentleman Jack premiere, titled “I Was Just Passing”, contains spoilers.

Gentleman Jack, HBO’s new female-empowerment period drama, is set down the road from me in Halifax, West Yorkshire — the home of the reputable Acapulco nightclub, where you can get a pint of lager for 75p and a sexually transmitted infection for even less. The show’s set in the 1830s, when attitudes to women in Halifax were ever so slightly worse than they are now, and thus Suranne Jones’s Anne, the black sheep of a well-to-do landowning family, the Listers, is ostracised for not being ladylike enough and indeed for liking ladies entirely too much.

Anne being a lesbian is really only part of the problem. She’s also a take-charge get-things-done type who frequently goes about her family’s business in a manner thought to be uncouth; she performs roles traditionally meant for men, loudly complains about women not being allowed to vote, and sometimes looks directly at the camera and breaks the fourth wall, which I consider to be very uncouth indeed.

Nevertheless, that kind of can-do spirit is the only kind of spirit that’ll reverse the fortunes of the Listers’ ancestral home Shibden Hall, which is a real place, and Gentleman Jack is inspired by the coded journals of the real-life Anne Lister, who I assume wasn’t serenaded every time she walks, which is essentially what happens here with the show’s title music. She visits the family’s business manager, collects her tenant’s rent herself, and begins to make plans for the copious amounts of very profitable coal that she’s sitting on. 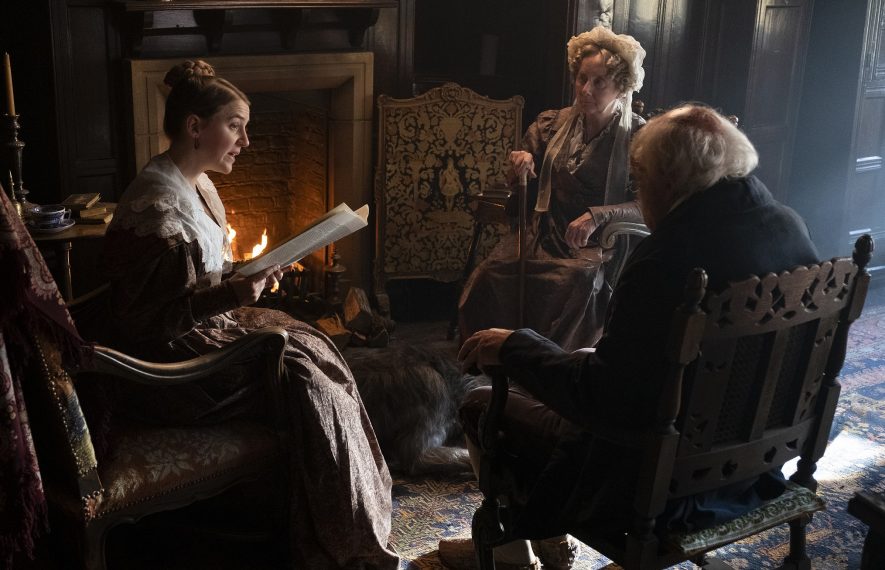 I’m thankful for Suranne Jones’s performance in Gentleman Jack, which reveals some of the humanity that the script glossed over. As written, Anne is so busy getting things done and rather callously getting excited about death and grievous injury that it’s sometimes difficult to see her as a real person rather than an outlandish caricature of the enterprising female spirit. And whenever she is asked to show genuine emotion — such as in a flashback to the woman she loves deciding to marry a man — it’s all a bit silly and overblown.

Better is Anne’s relationship with her sister, Marian (Game of Thrones‘ Gemma Whelan), who is constantly panicked by how flagrantly Anne lives her life in this rather isolated community that seemingly mistrusts her in the first place; she’s also one of the few characters who doesn’t idolize Anne just on principle or reputation, which is refreshing when everyone else in the show seemingly can’t wait to throw themselves at her feet.

Things to watch out for in the future, then: Anne has eyes for Miss Ann Walker (Bodyguard‘s Sophie Rundle), a very wealthy singleton whom — from her journal, read aloud — she clearly hopes to marry. But she wants to marry her for the dough, and one assumes out of superficial lust; Anne otherwise seems somewhat incapable of genuine affection, despite being highly capable at apparently every other task imaginable. It puts the character — and Gentleman Jack itself — in a weird spot; a snappily-written and enthusiastically-performed account of a real person who is the least believable and likable thing about her own life.

2 thoughts on “‘Gentleman Jack’ Premiere Recap: “I Was Just Passing””