“There’s No China in the Bible” establishes Warrior’s gangster bona fides and doesn’t pull any punches in doing so.

“There’s No China in the Bible” establishes Warrior’s gangster bona fides and doesn’t pull any punches in doing so.


This Warrior Episode 2 recap for the episode titled “There’s No China in the Bible” contains spoilers. You can check out our thoughts on the previous episode by clicking these words.

The thing that works about Warrior, I think, is that it’s confident. Some shows aren’t — especially those which are trying to do quite as much as this one, which is at once a period piece, a sociopolitical commentary, a Peaky Blinders-style gangster drama, and an homage to the work, life and martial prowess of Bruce Lee. But not only is Warrior all of these things at once it’s also all of them in about equal measure. Its confidence presumably comes from knowing that about itself. If one element becomes slightly less compelling, there are others to pick up the slack.

This was less evident in the premiere, which took a scattershot approach to its narrative set-up; “There’s No China in the Bible” might still be wielding a blunt-force worldbuilding instrument, but at least it’s knocking the whole thing into some kind of recognizable shape with it. Definitions between good and bad are getting clearer, and conflicts between factions like the Tongs and the police force and various individuals within those factions are starting to make themselves known. Ah Sahm (Andrew Koji) is still clearly the protagonist, but he’s fulfilling much more of an underdog role now, intervening in an attack by two white drunkards and finding himself as a scapegoat for the establishment’s anti-Chinese agenda. When he’s processed on arrival at the police station it is as “John Chinaman”, after all. 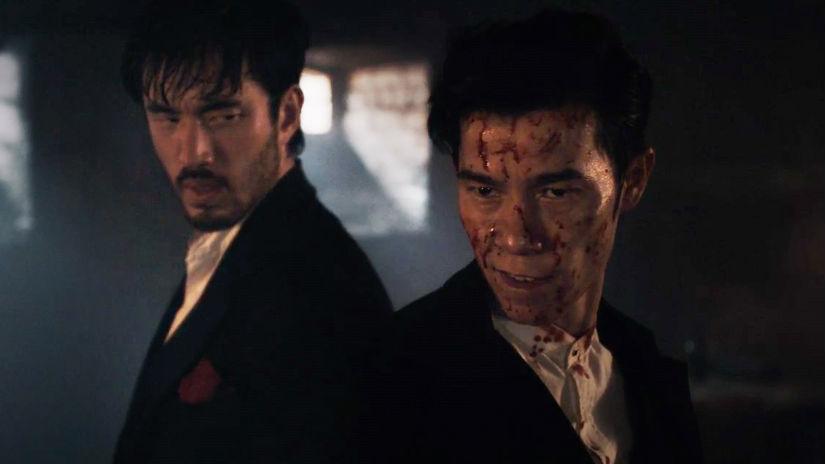 Complicating matters is the fact that the attack Ah Sahm interrupted was against the well-to-do wife of the mayor, Penelope Blake (Joanna Vanderham), who not only sees the injustice in Ah Sahm’s arrest but might also have the social and political connections to do something about it. Another interesting character on the fringes is inquisitive copper Richard Lee (played by Tom Weston-Jones), also clearly a bit put-out by the obvious mistreatment of San Francisco’s Chinese populace, and less willing to sweep away the messy assassinations of Irishmen as the work of any old hatchet man.

“There’s No China in the Bible” still exhibits some clear problems with outrageously on-the-nose dialogue, and the show remains better in motion than during the lulls in action. But the action — despite perhaps being a bit try-hard in its blood-and-guts approach — remains a clear selling point to Warrior, and now that the period setting and its attendant conflicts are starting to develop along the right lines, Cinemax’s gangster drama is starting to make its presence felt.