Home » TV » The Virtues Recap: Stephen Graham Is Indescribably Good In His Trek Through A Haunted Past

The Virtues Recap: Stephen Graham Is Indescribably Good In His Trek Through A Haunted Past


This The Virtues Episode 2 recap contains spoilers. You can check out our thoughts on the previous episode by clicking these words.

The Virtues Episode 2 was incredible television, in part because very little happened in it. And I know that’s a confusing statement. But the strength of the drama — in which Stephen Graham plays an alcoholic exploring the trauma of his rootless childhood — is in its normalcy; how true it feels to everyday life and the people living it. Nothing much happened in The Virtues Episode 2, but of course, everything happened, just beneath the surface.

The tension never lets up, even when there shouldn’t be any. Graham’s Joe always seems one moment away from some kind of outburst, as though he’s sitting on a geyser of unspecified trauma, and it’ll burst free at the slightest provocation. Some of that might be true. In The Virtues Episode 2, he was reintroduced to his long-lost sister (Helen Behan) and her husband Mike (Frank Laverty), and in a painfully human, awkwardly long conversation, they tentatively helped each other fill in the blanks of a childhood defined by abandonment and uncertainty. 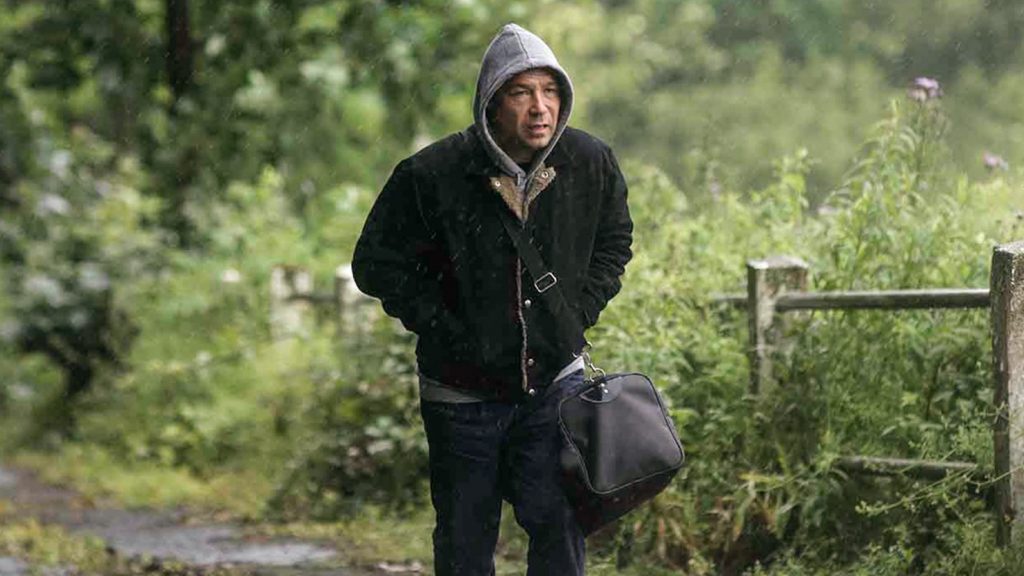 Joe is helpfully given work by Mike, an obviously confused but well-meaning man with an off-the-rails sister and a wife evidently struggling to cope with these recent, sudden developments. When Mike takes Joe to a building site to meet the rest of his employees, he gives him a brief warning about a workmate who had a breakdown and was convicted for flashing. Joe’s immediate assumption that he was flashing children hints at even darker revelations to come about the boys’ home where he spent some time, and by at the end of The Virtues Episode 2, said flasher reveals that he remembers Joe from that very same place.

This is believable, naturalistic drama of an extremely fine vintage; a gruelingly authentic simulation of real people dealing with very real issues in whatever way they can. The loose, improvisational style is near-perfect, and while I can’t wait to see what happens next, I’ll probably only be able to watch it through my fingers.