Home » TV » Gentleman Jack Recap: Even the Walls Are Homophobic

Gentleman Jack Recap: Even the Walls Are Homophobic

“Do Ladies Do That?” contains the single most truthful scene of the series as more tragedy befalls Anne Lister.

“Do Ladies Do That?” contains the single most truthful scene of the series as more tragedy befalls Anne Lister.


This Gentleman Jack Episode 6 recap for the episode titled “Do Ladies Do That?” contains spoilers. You can check out our thoughts on the previous episode by clicking these words.

You’ll recall that last week’s episode of Gentleman Jack ended with Anne Lister getting punched up by some hired thug, thus proving that for all her intelligence and confidence and business savvy and so forth she’s still a woman in what remains very much a man’s world. And, as “Do Ladies Do That?” so capably reminds us, she’s also a gay woman in a man’s world trying to carry out a relationship with a well-to-do woman who is so meek and fearful that she’s hearing homophobic slurs in the very walls.

The radically contrasting personalities of Anne Lister and Ann Walker have formed the backbone of Gentleman Jack so far; whereas Anne knows exactly what she is and is determined not to hide it even when constantly met with public derision, mistrust and disrespect, Ann is somewhat unsure of how to navigate both polite society and also herself, and as such she’s highly susceptible to gloomy warnings of reputational ruin and, you know, hanging and stuff. Part of you wishes that she, like Anne, could just stiff-upper-lip her way through it, but alas, most folks don’t get happy endings in 1832 Halifax (unless you murder your father and feed him to the pigs, apparently.) 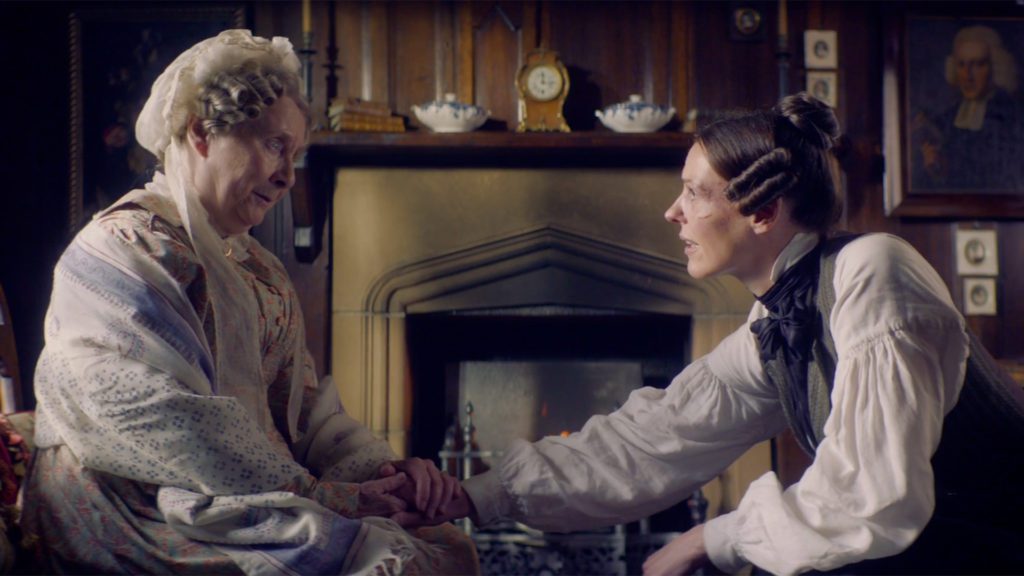 But what this means for us is that “Do Ladies Do That?” happens to include the first truly authentic example of Anne’s facade cracking. She is, once again, on the cusp of losing a woman she loves; having once again found someone with whom she can be herself, society has once again conspired to have that someone be a person who isn’t yet able to cope with all that being their self entails. It’s a sad scene and perhaps the first really truthful one in the series.

Perhaps it doesn’t do to wish misfortune on a show’s protagonist just to get some believable drama out of them, but here we are, I suppose. As much as I like Gentleman Jack, I much prefer it when it feels like something that actually happened — it is, after all, ostensibly true — than when it feels like fiction. The show’s better at low-key honesty and tragedy than it is at virtually anything else. I just hope it continues to realize that.