“Chapter 20” reintroduces Legion with a better balance between plot and extravagance, but it’s still pretty obnoxious.

“Chapter 20” reintroduces Legion with a better balance between plot and extravagance, but it’s still pretty obnoxious.


This Legion Season 3, Episode 1 recap for the episode titled “Chapter 20” contains spoilers. You can check out our thoughts on the previous season’s finale by clicking these words.

If I’m being up-front about things, I can’t stand Legion. It might be the last remaining Marvel property in the hands of Fox, and it might be one of the most boldly unique things on television, and the first season might have been great, but nope, I still don’t like the thing at all. Halfway through it’s ill-advised and middling second season it lost both me and the point, and it never really recovered, spinning its wheels in psychedelic diversions and reveling in its own aesthetic and conceptual self-indulgence.

Now, with “Chapter 20”, it’s back. And it’s… slightly better, one must admit, but still too smug and obnoxious for me to take to it the way I once did. It’s a tricky balance to find, I admit, the one between holding the audience’s hand and letting them plunge headfirst into the thick of it, and it’s easy for attempts to be accessible to feel patronizing and attempts to be original to feel alienating. Legion Season 3, Episode 1 tends more towards the latter, as ever, but perhaps slightly less so than usual. 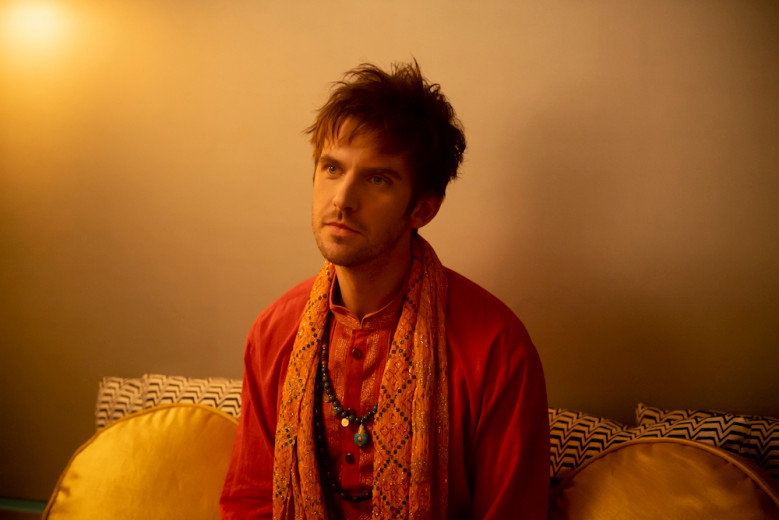 It helps to have a new character, a time-traveler known as Switch (Lauren Tsai), to help reintroduce us to David now that he has been somewhat reimagined as an unhinged, all-powerful villain. “Chapter 20” finds him at the head of a cult, being pursued by Syd and the remaining members of Division 3, alongside the Shadow King, and Switch’s introduction to him is our own introduction to this new version. It works, even if it takes several minutes of a madcap surrealist music video to get to that point.

Here’s another problem with Legion: Despite how much I despise most of what it does, I also can’t deny that it does it with a more than fair helping of imagination, technical craftsmanship, and panache. In a way, that makes me despise it more. All the preamble in “Chapter 20” was annoying and felt mostly redundant, but once the same audiovisual flourishes were applied to Division 3 — now calling themselves Forces of Division — raiding David’s cult headquarters, I was thankful for them. The action was stylish and David’s powers felt genuinely powerful; it’s always tough to display psychic powers in a kinetic way, but to Legion‘s credit, it has never really bothered with the nitty-gritty of how things ought to work. If it looks cool, it’ll do. (See also “Chapter 20″‘s refreshing approach to the various paradoxes of time travel.)

There are two interesting dynamics at play in Legion Season 3, Episode 1. Well, there are probably more than two, but the rest are so weird or random or whatever that it’s pointless speculating on them for now. (Ptonomy is an android, Lenny is doing… something, etc.) The first is the relationship between the Shadow King and the rest of Division 3; is that an alliance that can hold together in pursuit of a common goal, or is it a disaster waiting to happen? And in either case, how will it affect the characters and their respective dynamics, given all that went on last season? Secondly, and perhaps most intriguingly, are there any limits at all on where the show can go now that David has a time-traveling ally?

I’m still not sold, obviously, and it’ll likely take a few episodes for me to know one way or the other. But what I can say for now is that I didn’t hate “Chapter 20” as much as I expected to. I wasn’t annoyed by its fancy-pants extravagances and I felt, for once, like the plot was a) present and b) relatively easy to follow. Perhaps Noah Hawley and company listened to feedback on the previous season and were able to address the issues without diluting the show’s essence. Time, I suppose, will tell, which seems fitting enough.