Home » Film » Film Reviews » Scary Stories To Tell In The Dark Review: Kids’ Horror Movies Deserve To Be Scary Too

Scary Stories To Tell In The Dark Review: Kids’ Horror Movies Deserve To Be Scary Too


Good children’s’ horror seems like it’s hard to come by these days. While there is certainly a place for spooky-themed films that are exciting and only mildly daunting for smaller tykes, it seems like the kids’ horror films that are actually meant to scare are few and far between. The exceptions come along from time to time, such as the surprisingly eerie Coraline from 2009, which didn’t hold back in its horrifying stop-motion creation of terror, or even last year’s The House With A Clock In Its Walls, in which Eli Roth casually portrayed demonic rituals and necromancy in a way that surely sent most kids in attendance bawling out of the auditorium (I, for one, thought it was cool!). There aren’t enough kid horror movies that are actively trying to scare the absolute p**s out of their target demographic is what I’m trying to say. This is where Scary Stories To Tell In The Dark comes in.

Though indeed rated PG-13, this adaptation of the series of adolescent horror books written by Alvin Schwartz has its sights mostly set on an audience that skews younger, as to be expected. After all, those books have fostered a nostalgic remembrance among those who grew up in the ’80s, and have endured in the decades since, scarring multiple generations of unsuspecting kids. Instead of going the potential anthology route, the film crafts a plot around several of the disparate stories, focusing in on a group of young teens at the tail end of the ’60s who, while investigating the abandoned house of local legend Sarah Bellows, stumble upon a book of stories seemingly written by Sarah. A creepy Halloween excursion soon turns into real terror as it seems an unknown force is writing frightening new stories in the book, and they’re being adapted in real life one-by-one. What ensues in terms of plot ultimately feels like a watered-down teeny-bopper mystery, as our protagonists are forced to become amateur sleuths to figure out just how they can stop the book. It’s a satisfactory effort in trying to tie in these disconnected stories into a larger throughline, though it feels like a purely perfunctory method of having an acceptable story to thread the horror set-pieces together, to be sure. 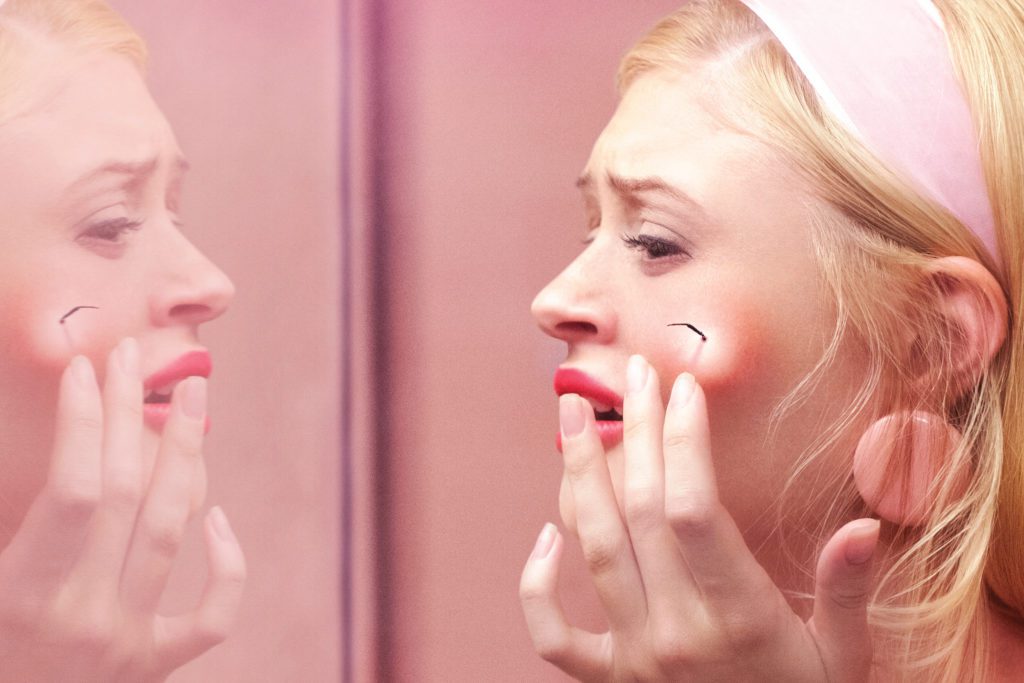 But what set-pieces they are! Scary Stories to Tell in the Dark shines when it’s at its spookiest; a horror fright-fest aimed at younger audiences that doesn’t shy away from what they came to see. It’s truly refreshing to see a horror film that so brazenly shows off its monsters because it knows it has the design and the effects (both practical and digital) to back it up. The sequences of horror carry a gleeful delight at the prospect of scaring you: an adept cinematic recreation of the way these stories play when being read aloud by your childhood best friend in the dark of the woods around a campfire. While they carry the same haunted-house-fun-ride energy that has been popularized in the 2010s by an attempt to imitate James Wan’s style of audacious, pop filmmaking, they also are infused with a sense of genuinely macabre weirdness. The shameless embrace of no-nonsense, wacked-out scares that’s as effective for adults as it is for kids is wonderful to experience in the current-age of art-house “elevated horror” (which has its own merits, don’t get me wrong), or when considering the fact that most horror flicks that try to truly champion the genre fail to do it justice. Though directed by André Øvredal, this has writer/producer Guillermo del Toro’s fingerprints all over it in terms of atmosphere and design. However, a fear of monsters and the supernatural isn’t the only thing on the film’s mind.

Being set in 1968, Scary Stories has surprising thematic DNA in common with another recent release from a certain prominent filmmaker titled Once Upon A Time… In Hollywood. Although the latter views the end of the ‘60s through the lens of the demise of Hollywood’s Golden Age and with a focus on the Manson Family, the former tackles the existential fears of the onset of the ‘70s from the perspective of kids in blue-collar suburban America. Anti-Nixon posters are strewn across buildings, racism is rampant, and the Vietnam War is raging overseas. The terror of Scary Stories isn’t just that of monsters and ghouls, it’s the steady realization of how those who hold power over us are just as dangerous: the horror story is all around us. Young kids being drafted into a war they don’t want to fight is just as horrifying as any boogeyman. Just watch as a monster calls one of our leads a coward for not wanting to fight, as Nixon wins his reelection on a television in the background. It’s pretty damning stuff, and though maybe the messaging is on-the-nose, this vision of suburban Americana being terrorized by monsters both supernatural and political in nature personally made for a sobering viewing experience from a film that doesn’t want you to forget just how real some of its scares are. Scary Stories to Tell in the Dark is an uneven film, but one that’s hard not to appreciate.