The good folks over at Netflix have just released the debut teaser trailer for their upcoming period drama The King, directed and co-written by David Michôd and with an eyebrow-raising cast of heavy-hitters, including the beloved Timothée Chalamet in the lead role. We have The King teaser trailer to whet your appetite for the film’s fall release, as well as the handsome-looking poster.

Courtesy of the press release:

Hal (Timothée Chalamet), wayward prince and reluctant heir to the English throne, has turned his back on royal life and is living among the people. But when his tyrannical father dies, Hal is crowned King Henry V and is forced to embrace the life he had previously tried to escape. Now the young king must navigate the palace politics, chaos and war his father left behind, and the emotional strings of his past life — including his relationship with his closest friend and mentor, the aging alcoholic knight, John Falstaff (Joel Edgerton). Directed by David Michôd and co-written by Michôd and Edgerton, THE KING co-stars Sean Harris, Ben Mendelsohn, Robert Pattinson, and Lily-Rose Depp. 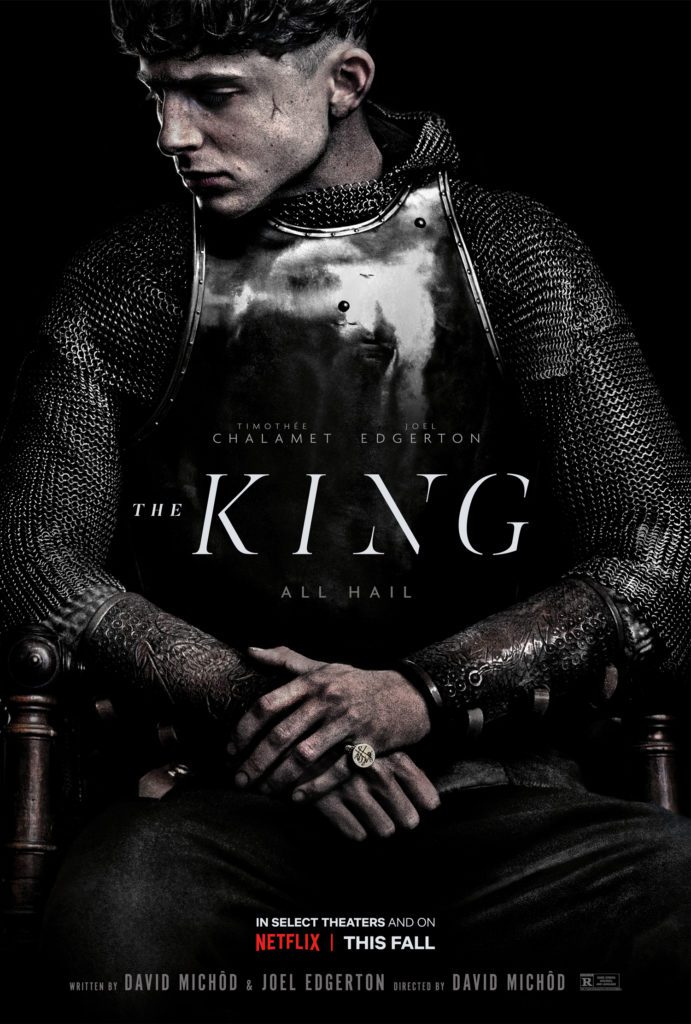 Let us know what you think of The King teaser trailer. Chalamet’s ardent fanbase will surely be up to the hilt in this one, but will it be superior to the decent but far from great Outlaw King? These are the questions we’ll hopefully get answers to when the film debuts on Netflix and in selected theatres.