Home » Film » Ready or Not Review: A Fun And Bloody Horror To Please Pre-Halloween Crowds

Ready or Not Review: A Fun And Bloody Horror To Please Pre-Halloween Crowds

Ready or Not provides a new take on the slasher-in-a-mansion model; a little muddled at times, but thoroughly fun.

Ready or Not provides a new take on the slasher-in-a-mansion model; a little muddled at times, but thoroughly fun.

Samara Weaving’s Grace marries into a wealthy gaming family, only to find out on her wedding night that they have an eccentric tradition of playing a game at midnight when a new member joins the family. Grace blindly chooses hide and seek, runs and hides giggling, not realizing that the family is fully tooled up to capture and kill her.

Ready Or Not is like a slasher set in the house of Clue; except that instead of one violent lunatic against hapless innocents, we have a whole extended family of in-laws versus one young woman. Andie McDowell, as Grace’s new mother in law, does her best to channel Angelica Huston, though unsuccessfully. The rest are not too stereotypical, but not too imaginative either. The most interesting characters in the family are Alex (Mark O’Brien), Grace’s fiance, and Alex’s brother Daniel (Adam Brody); as younger members of the family who have not married into it, they are torn between loyalty and independence. Alex gives a rather emotional speech about that at one point, and their individual characters are very well drawn. 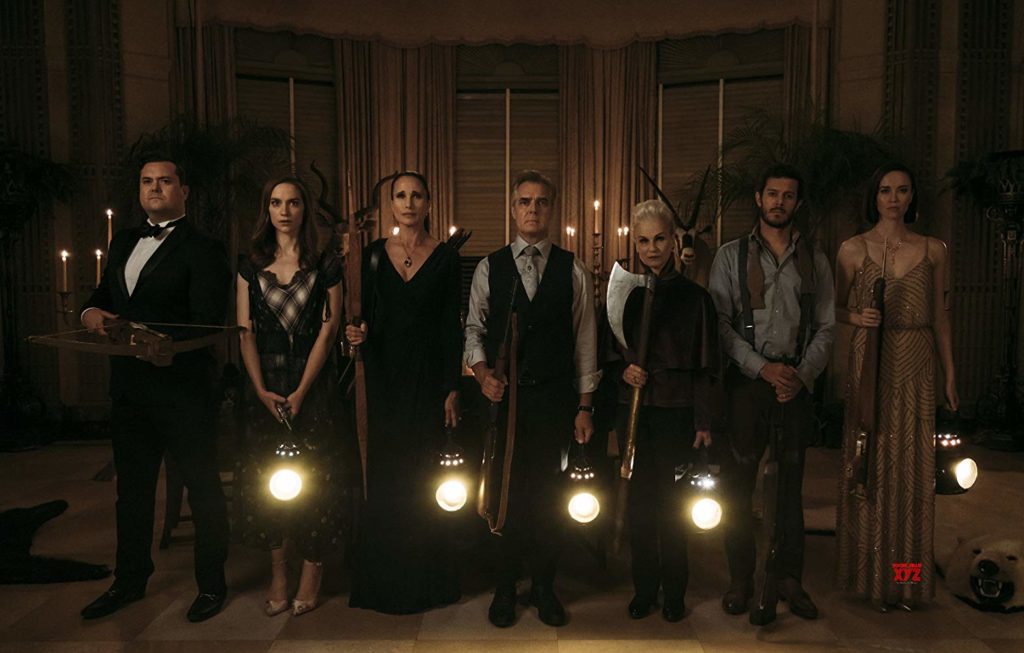 And then there’s Aunt Helene (Nicky Guadagni), an icon of the short, silver-haired variety (I’ve already seen a number of horror fans saying they want to be like her when they get older). She doesn’t have much to say at first, but then gradually her personality shows itself, along with a little back story. (Her flashback connects with Alex’s, though I’m not sure their respective ages make sense there.)

So although there are lots of people playing this capital game, not many of them have more than a slight character: the quantity is there to give plenty of action, twists and turns… and plenty of varied, nasty deaths; some just plain old shootings, some as brutal as you might have seen in Puppet Master films. A good deal of the story and individual scenes are unpredictable (spoiled by one clichéd nail), so you genuinely cannot tell who is going to come out on top, right until the end.

(On the subject of the end, the friend I went with found it tipped the balance into too silly, I think. I found it to be a cherry on top of the escalating violence, a bit like the merman in Cabin in the Woods.) 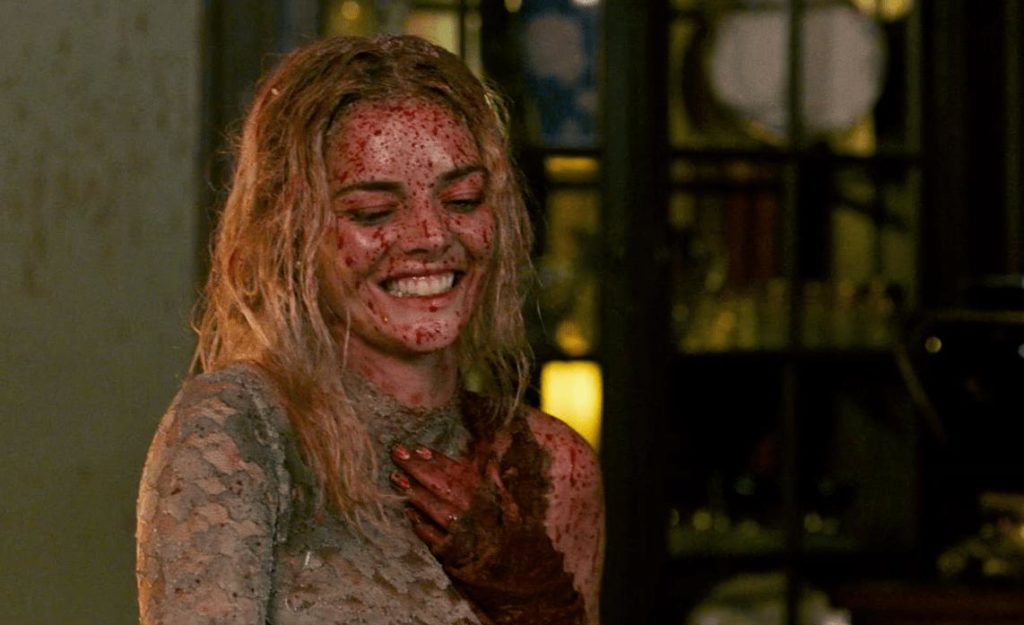 The violence combined with a script that’s unpredictable almost to the point of being farcical certainly makes for an entertaining film. Ready or Not is a fun horror rather than comedy horror (think Scream, rather than Tucker & Dale), though there are some real laugh out loud moments (even for me). But “fun” doesn’t imply the film is “horror lite”: Ready or Not isn’t scary, but it has plenty of blood, not to mention very squelchy gore.

Ready or Not isn’t perfect, of course. There is some commentary about the divide between classes which is both heavy-handed and underexplored: these things are merely a plot device, rather than the stuff of satire. Panic and tension are presented simply with a shaky-cam. The dramatic music is often too loud to hear the dialogue. And I wonder if it could have been a more effective story without the supernatural elements. The main issue, you see, is that although Ready or Not draws inspiration from many well-loved horror subgenres, it seems to struggle with juggling too many towards the end. Some randomness does make it surprising, sure; but it also makes it a bit of a mess. The cast gelled together well, and the direction from Matt Bettinelli-Olpin and Tyler Gillett (both contributors to the anthology films Southbound – a favorite of mine – and V/H/S) was smooth enough that this muddle wasn’t entirely apparent until I looked back at the film afterward; so the problem was essentially with the script, that had too much crammed into it.

The real star and selling point is Samara Weaving. Everything we loved in Picnic at Hanging Rock and Mayhem is right here: fragility and strength; love, determination, swearing, and cheekbones. If there is ever an American remake of Revenge, Weaving would be a natural choice for the lead. That said, I do hope her career has some more variety in store for her too.