Temple Episode 1 proves to be a genre-bending good time, with a lot of potential going forward.

Temple Episode 1 proves to be a genre-bending good time, with a lot of potential going forward.

There’s a lot you can make of Sky One’s new original series Temple, including that it’s absolutely bonkers. But that madcap gonzo sensibility seems at least half the point of a show that intentionally plays with genre, tone, and style to whiplash-inducing effect. We’re supposed to buy Mark Strong as the elite widowed surgeon Dr. Daniel Milton, and of course, we do, but we’re also expected to buy that he’s running an off-the-books hospital beneath an active station on the London Underground. That’s a bit harder to swallow, but when in Rome, I suppose.

Temple Episode 1’s “Rome”, so to speak, is a weird blend of rare diseases, botched heists, affairs, and gruesome ad-hoc surgeries, with little holding it all together beyond sheer delirium. But that’s fine too. There’s no real reason such a mish-mash of elements can’t all co-exist, even if what they’re amounting to — and much of the plot’s finer details, including some basic relationships between main characters — remain a bit nebulous. 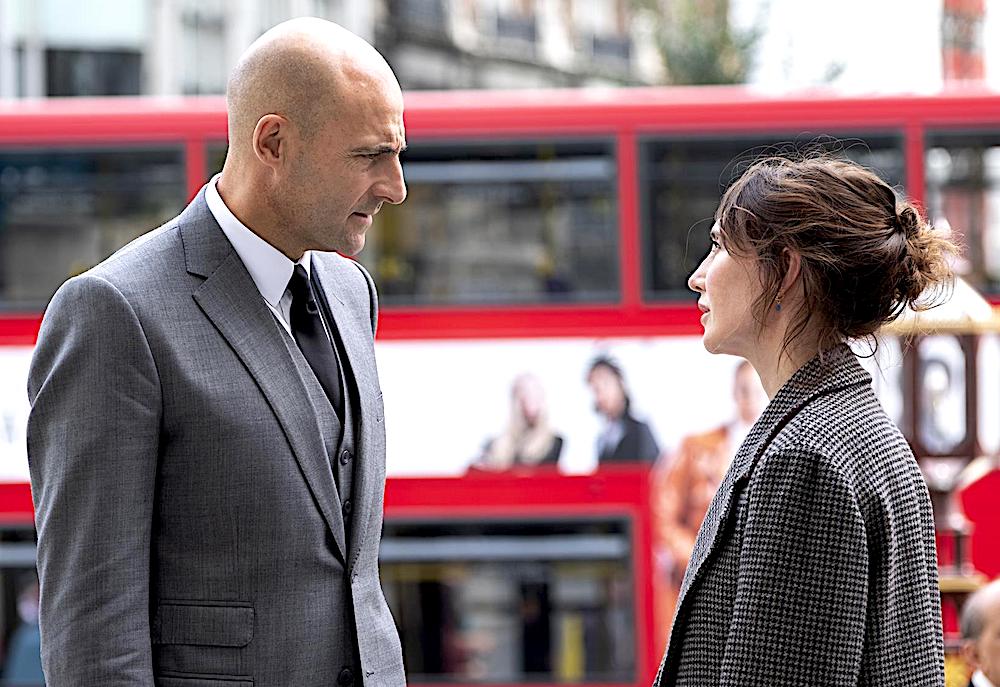 To its credit, Temple Episode 1 successfully introduces Milton as he furtively pilfers medical equipment from the hospital where he worked until the death of his medical research assistant wife, Beth (Catherine McCormack), from a rare disease. We also met his comic-relief sidekick Lee (Daniel Mays) and fellow medical professional Anna (Carice Van Houten, late of Game of Thrones), though how exactly they all relate to one another was left deliberately unclear. The tension came from a gone-wrong heist and the mystery from how flagrantly everyone seems to walk in and out the door on the Temple station platform without attracting any attention to the not particularly well-hidden secret hospital.

Where this is all going is anyone’s guess, though I suppose anyone with a passing familiarity with Valkyrien, the Norwegian series of which this is a remake, will probably have a better idea. Either way, it looks like it’ll be great fun finding out.