This recap of Criminal: Germany Episode 1, “Jochen”, contains spoilers. You can check out our spoiler-free review of the entire season by clicking these words.

Criminal: Germany starts as it means to go on with a low-key introductory episode that finds a police department under review, a landlord accused of murder, and a decades-old mystery that has its roots in the 1990 reunification of Germany.

On the chopping block is wealthy landlord Jochen Muller, accused of the murder of handyman Jens Krahl, whose skeleton has apparently been discovered under one of his buildings. Beginning in medias res, we gradually come to learn more of Muller’s business operations, his relationship with the missing and presumed-dead contractor, his potential homosexuality, and the hierarchy of the police department — most notably the outsider Keller, who exists slightly apart from her colleagues as the individual evaluating the department. 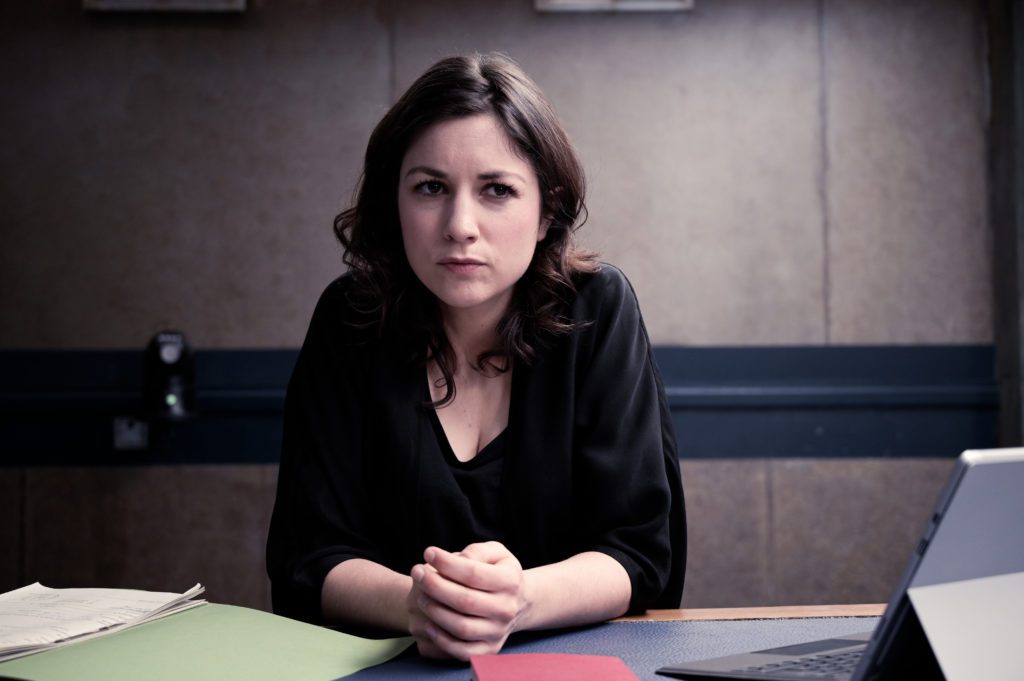 The progression of the case is a hint at things to come; interviewers and interviewees, observing officers in an adjoining room, and the gradual revealing of crucial evidence that is either delivered from elsewhere or comes to light in the course of the interrogation. “Jochen” turns on financial records which reveal a relationship between Muller and Krahl’s mother, but the presentation of such dry information feels momentous in context.

The case’s twist, which perhaps becomes obvious a bit earlier than expected, is that Muller is Jens Krahl. After finding the real Muller dead many years prior, he had stolen his identity and lived his life ever since. There’s a distinct air of “who wouldn’t?” in his rationale; Krahl had been left adrift, marginalized and near-penniless after the reunification, whereas Muller was privileged, and posing as him allowed Krahl to meet his wife and live a successful life — it was simply a life that didn’t belong to him.

Very strong acting, cultural specificity and the suggestion of something untoward going on within the police department are the highlights of Criminal: Germany Episode 1, which gets this trio of cases off to a fine start.