“Claudia” delivers a dark and morally complex finale to Germany’s trio of episodes.

“Claudia” delivers a dark and morally complex finale to Germany’s trio of episodes.

Detective Schulz becomes the focus in the third, final and best episode of Criminal: Germany, in which the lover of a notorious serial killer is interrogated for the whereabouts of the only victim whose body was never recovered. With satisfying moral complexity and stellar performances, Criminal: Germany Episode 3 is the clear stand-out of this particular trio, leaving things resolved but still open-ended.

Claudia Hartmann was the accomplice of a deviant boyfriend who chose his victims from the school yearbook and had Claudia use her employment in the cafeteria to lure them to their deaths. It’s a deeply sinister ploy, but, as explained by Claudia to a sympathetic Keller, she was also, in her way, a victim of this terrible man. That doesn’t excuse her, of course, and behind her psychopathic bluster, she plays her guilt on the surface. Before being sentenced, she was forced to give her baby up for adoption; Keller’s pregnancy gives them something to bond over, and leads to some great exchanges — if not necessarily progress in the case. 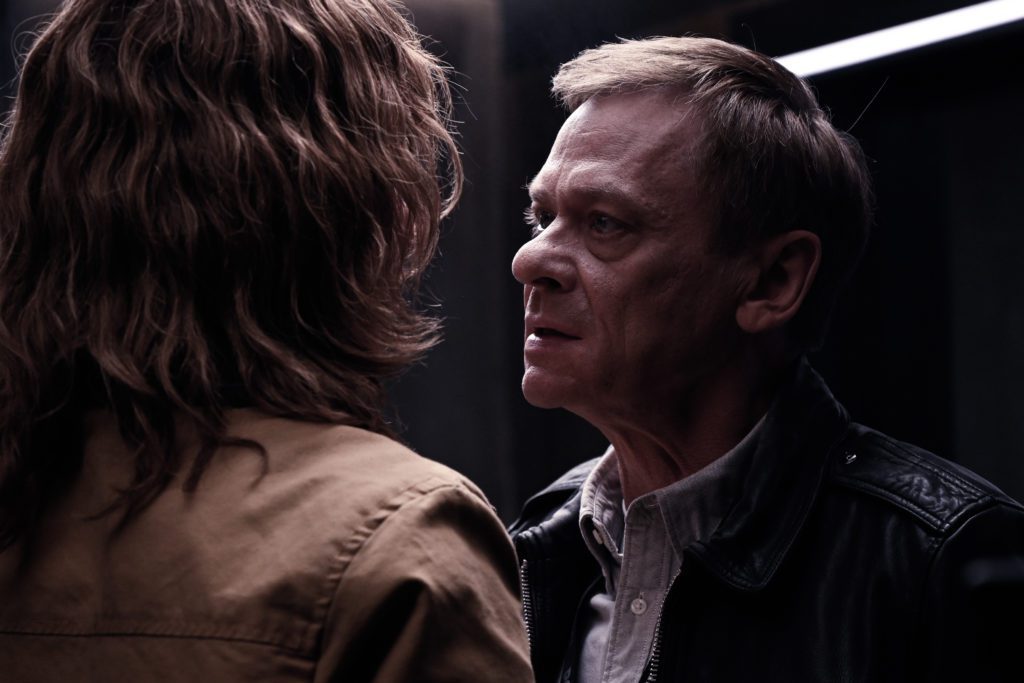 Since the police aren’t holding Claudia officially, there’s a ticking-clock element to proceedings. An increasingly desperate Schulz, who led the investigation at the time and has promised the victim’s dying mother that he will recover her daughter’s remains in time for her to bury them, is less sympathetic to Claudia. The best moments of Criminal: Germany Episode 3 belong to him; in one sequence he insists to Keller that, protocol be damned, he will allow the victim’s mother to lay her daughter to rest. In another, he shows Claudia a photograph of the daughter she was convinced by him to give up and explains why and how passionately he hates her. This latter conversation results in Claudia giving up the location, but it also reveals Schulz as being morally compromised.

Claudia wavers between an outright psychopath and a sympathetic mother forced to not only give up her child but to live at the bottom of the prison pecking order because of a man who would rather kill himself and allow her to rot for his crimes than face his own judgment. She’s easily the most fascinatingly complex character presented in this collection of episodes, to such an extent that when she kicks the interview table into Keller’s stomach it almost feels like a betrayal. Keller seems fine until the final shot of the episode, in which, after boarding the elevator, she looks down in terror at her baby bump. It’s a grim ending to a brilliant episode.