Criminal: Spain Recap: The Past Catches Up

“Carmelo” brings in an incredibly forceful personality for the Spanish finale, and sees the department stuck in a moral quandary.

“Carmelo” brings in an incredibly forceful personality for the Spanish finale, and sees the department stuck in a moral quandary.

The third and final episode of Criminal: Spain opens with a patrolman being briefed by Carlos about how best to cover up the fact he has illegally brutalized a suspect. An entire story is invented in which Carmelo, the focus of Criminal: Spain Episode 3, went for the officer’s weapon. This prologue will pay off later in a surprising way, as will an argument between Maria and Rai about her having called off their relationship only to turn up at his house for sex.

In the meantime: Carmelo. The long-time criminal has been caught with a kilo of cocaine, and Joaquin thinks there’s only one reason he has requested to make a statement. He’s going to turn in some of his criminal chums in exchange for leniency. And he’s right.

Carmelo is a whirlwind of charisma. Despite a recent jihadist attack, he claims he’s no terrorist, nor is he, despite being Catalan, pro-independence. He tells a story of leaving for Madrid in a taxi only to get into an argument with the driver, who was ranting about his Arab ancestry until he finally snapped and they fought. 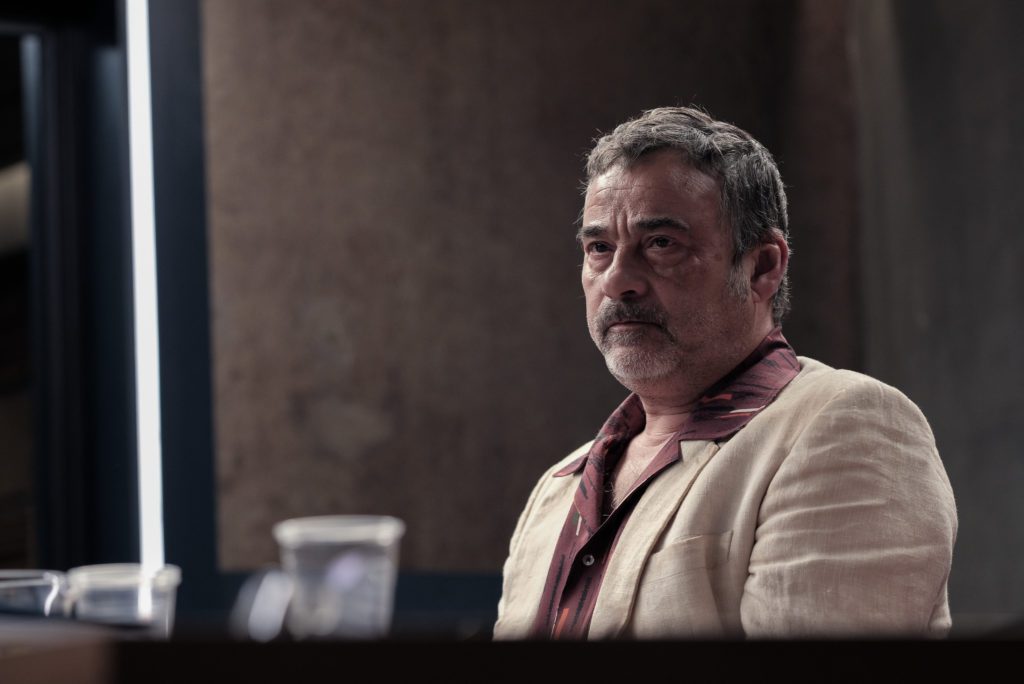 Carmelo also has his name associated with a whole host of crimes for which he has never been convicted. One of them resulted in the death of one of Maria’s relatives. And since Joaquin is correct and he intended to give up the notorious Lallana brothers, who control drugs in Mexico, it doesn’t look like he’s going to be convicted for this one, either.

But the interrogation takes a change in direction once Maria takes over it. She makes the implication that Carmelo was selling drugs to fund Islamic terror. Laying out all the prior cases he has gotten away with, she presents a deal to him: He can confess to one of them, or he can be charged with the attempted murder of an officer, thanks to the cover story cooked up in the episode’s opening scene.

Criminal: Spain Episode 3 builds to a surprising ending. Rai, evidently feeling slighted by Maria and that the department itself is morally compromised, approaches Carmelo’s solicitor and tells her that the police’s story has been cooked up to justify the beating. Carmelo will be charged with possessing a kilo of cocaine — but that’s all he’ll be charged with. In taking a stand, he has probably curtailed his own career. But he has also done the right thing, even if it was in service of a despicable man.