The Hockey Girls Recap: A Woman’s Right To Choose

“Berta” tackles a serious issue with depth and warmth in the best episode thus far.

“Berta” tackles a serious issue with depth and warmth in the best episode thus far.


This recap of The Hockey Girls Season 1, Episode 3, “Berta”, contains spoilers. You can check out our spoiler-free season review by clicking these words, and our thoughts on the previous episode by clicking these ones.

Nothing is going well as The Hockey Girls Episode 3 begins. Berta (Natàlia Barrientos) takes a pregnancy test, while Núria (Àgata Roca) and Santi (Juli Fàbregas) break the news that they have found a high school for Emma (Dèlia Brufau) —  and she can join in the middle of the semester.

We also learn more about Anna’s (Iria del Río) history with Germán (Marc Clotet), which was hinted at in the previous episode. Germán is in a relationship with Montse (Aida Oset) that is serious enough for both a mortgage and a little dog, but the obvious chemistry between the two virtually ensures that Montse is about to get the short end of the stick. When she invites Anna to join them at a reunion, she’s asking for trouble — and she gets in when Anna and Germán share an illicit smooch.

While Lore (Mireia Oriol) continues trying to find Sílvia (Mireia Aixalà) a date, Enric (Josep Linuesa) asks Sílvia’s mother, Rosa, a financial advisor, to help him manage the club’s finances in Santi’s absence (he was the treasurer). We also learn why Berta lives with her Aunt Terrats (Nora Navas) — her mother is an institutionalized schizophrenic with a predilection for violence. 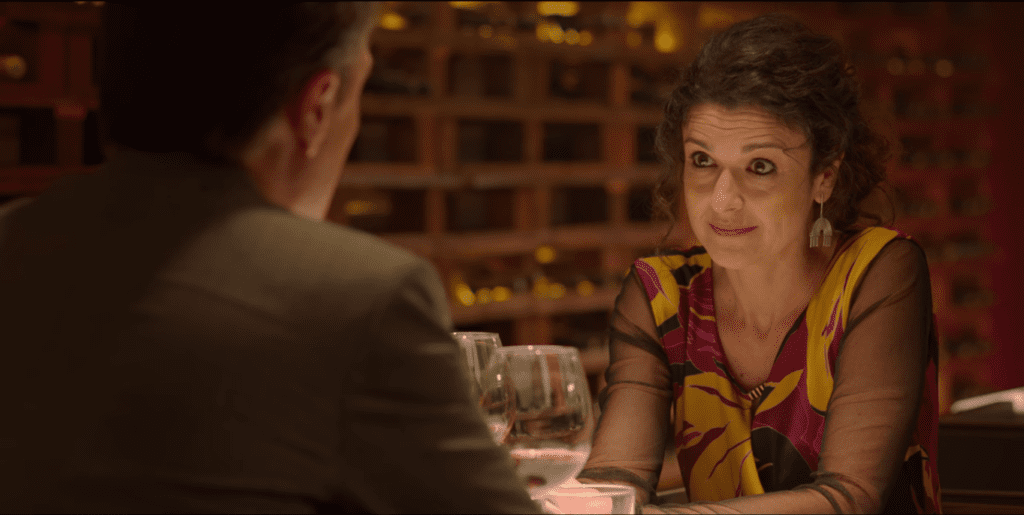 Despite the fact that the charitable foundation has made a donation to the club in The Hockey Girls Episode 3, Enric won’t pony up the money they need for new sticks. Later, thanks to Rosa, we learn why. When the boys’ team qualified for the OK League, Enric took out a loan without approval from the board, and he has been using money allocated for the girls’ team to pay it off. She refuses to cook his books and quits.

In an attempt to secure the new sticks, Gina (Claudia Riera) runs another successful social media campaign, this time enticing Melo Moreno, a YouTube star, to attend the game in support of the girls. Halfway through the game Enric throws Melo out, earning him no new fans, but luckily for him, he had already made one earlier in the episode when he and Sílvia made a second attempt at dating and ended up in bed together.

Enric is having a good time, then, but Berta very much isn’t. She skips the game to go for an abortion, but because she’s a minor she isn’t able to get one without parental consent. She forges the documents but is still told that she can’t go through with the procedure unless a legal guardian is present. Luckily, Terrats found the information earlier and meets her at the clinic, supporting her through the process in a touching scene which concludes The Hockey Girls Episode 3.