“Raquel” explores how social pressure can lead to bad decisions in a difficult-to-watch (and all-too-real) installment.

“Raquel” explores how social pressure can lead to bad decisions in a difficult-to-watch (and all-too-real) installment.


This recap of The Hockey Girls Season 1, Episode 5, “Raquel”, contains spoilers. You can check out our spoiler-free season review by clicking these words and our thoughts on the previous episode by clicking these ones.

The reason most young people lose their virginity is that they’re scared to tell people they haven’t lost their virginity yet — a reality that The Hockey Girls Episode 5 opens with. Raquel (Júlia Gibert) is a virgin, despite having been in a relationship with Òscar (Nil Cardoner) for six months, which is an issue for her and an easy source of ribbing for everyone else. Òscar, too, feels forced to lie to his friends about it, so unusual is it these days for a six-month teenage relationship to not incorporate the no-pants-dance.

The Hockey Girls Episode 5 seems rife with teen issues of this sort. Anna (Iria del Río) is struggling to deal with Emma (Dèlia Brufau) acting out, and Berta (Natàlia Barrientos) continues to receive abuse — this time for being fat, which later results in a big fight. But, as the title gives away, it’s really Raquel’s on-going issues with sex which form the bulk of the drama here. She and Òscar finally do the deed in a remarkably uncomfortable scene, and she clearly doesn’t enjoy it. 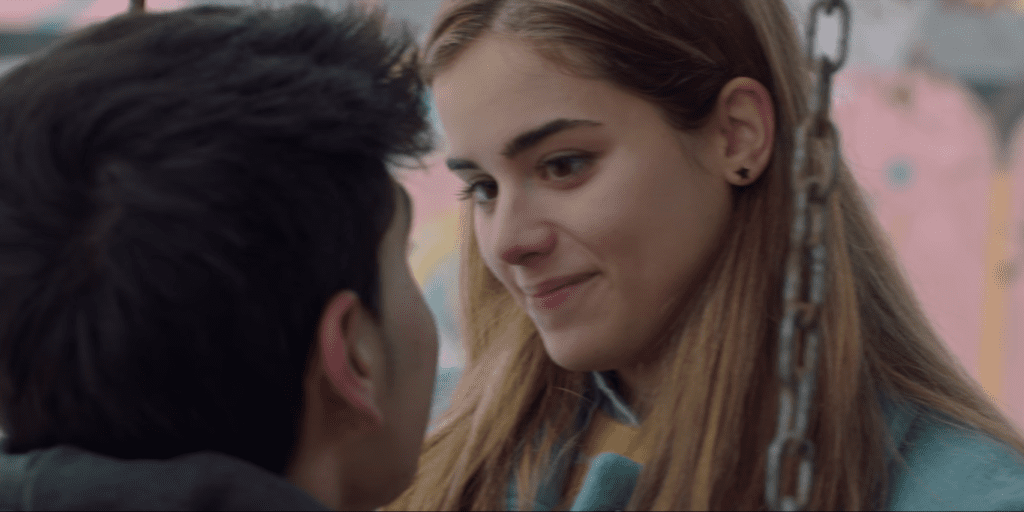 Santi (Juli Fàbregas) returns from Budapest for the girls’ latest game and later reveals he’s sticking around to set up a business; he and Núria (Àgata Roca) are working on their relationship by giving themselves time to miss each other. Núria (Àgata Roca) also calls Emma to tell her she can stay there since it isn’t fair to drag her away from the team. Is this the two of them finally reaching an understanding, or Núria further absolving herself of responsibility?

Raquel gets a tattoo and confides in Gina (Claudia Riera), who explains to her what sex should ideally be like. The first time is never the best, obviously, but that isn’t what Raquel experienced — it wasn’t just lackluster, she hated it. Òscar approaches his father for advice and is told more or less the same thing; his idea of sex, presumably gathered from p**n and the media, isn’t what sex actually is. There should be a connection, and between him and Raquel, there wasn’t. Later, when Raquel confronts him, she says she wasn’t ready, and if he had been paying more attention to her instead of looking the other way he would have realized that. Now she never wants him to touch her again.

It’s a sad state of affairs and The Hockey Girls Episode 5 tees up another episode with some more bad news: Flor (Asia Ortega) receives a call from her girlfriend, which I believe is the first we’ve ever heard of her, and tells her that the long distance is killing their relationship and they should take a break.