“Gina” sees the title character trying to find her place to mixed success.

“Gina” sees the title character trying to find her place to mixed success.

This recap of The Hockey Girls Season 1, Episode 7, “Gina”, contains spoilers. You can check out our spoiler-free season review by clicking these words, and our thoughts on the previous episode by clicking these ones.

As we learn in The Hockey Girls Episode 7, Gina (Claudia Riera) has joined the team to replace Emma (Dèlia Brufau). She’s a good skater but a terrible hockey player, accidentally smacking a puck in Flor’s (Asia Ortega) face during practice. It wasn’t intentional, but of all the people Gina could have hit she was probably glad it was her since she still thinks there’s something going on between her and Lore (Mireia Oriol). As a convincing counter-argument, Lore comes onto Gina in the equipment room.

A subplot begins to emerge in The Hockey Girls Episode 7, as Berta (Natàlia Barrientos) gets Lluc (Guim Puig) to take snapshots of her in her underwear as part of a body-positive big-is-beautiful campaign. She later gets approached by a popular Instagram page, the owner of which likes her photos and wants to share them. It’s a start.

Gina’s relationship with Lore gets a bit more complicated when the latter heads off to meet someone from Tinder. When she’s later pressed about this, Lore brings Gina’s progressivism into question, saying that the idea of an open relationship should appeal to her. It sounds a bit like wanting to have your cake and eat it to me, but who am I to judge? Either way, it isn’t what Gina wants. 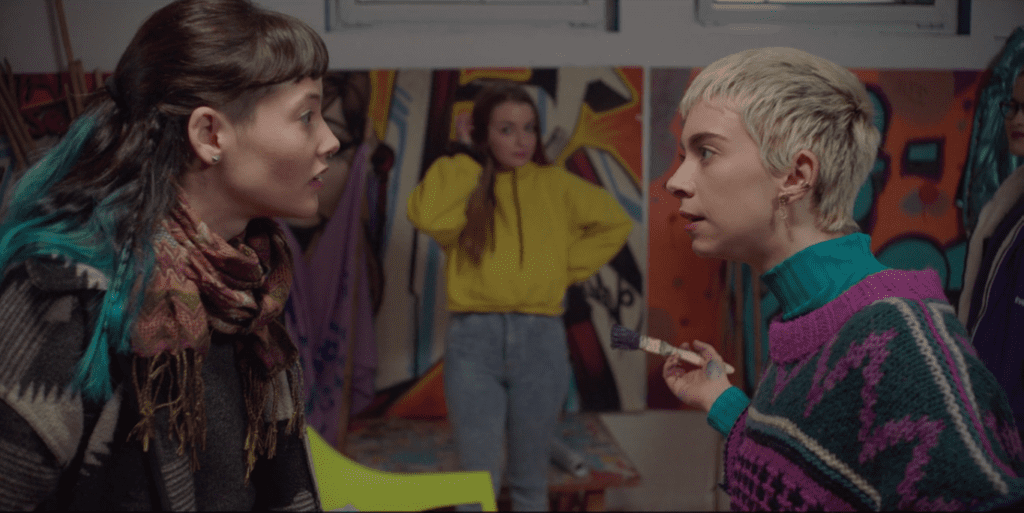 The big moment comes with the latest league game. Gina has already been badly chewed out by Lore for missing practice, and in a bout of terror, she steals the opposing team’s record cards so the game can’t go ahead. She eventually confesses this to Lore and the match begins; afterward, the girls aren’t annoyed by her shoddy performance, but by her selfishness. Gina is obviously dismayed, but Anna tells her she just needs to find her place in the team. She agrees to come to practice an hour earlier than everyone else in the hopes of getting better, and Lore agrees to help her.

The Hockey Girls Episode 7 ends with a set-up for the next installment, as Leila (Yasmina Drissi) gets caught cheating in her exams.