David and Raynan formulate a plan for their next run and Seren attends a Halloween party in The Ville in David Makes Man Episode 7, “Son of Man”.

David and Raynan formulate a plan for their next run and Seren attends a Halloween party in The Ville in David Makes Man Episode 7, “Son of Man”.


Tonight’s episode of David Makes Man Episode 7, “Son of Man” contains spoilers. You can check out our thoughts on the previous episode by clicking these words.

David Makes Man Episode 7 starts off with a fireworks show in The Ville. As David approaches, Shinobi confronts him, saying he can’t just show up whenever. Sky comes down and tells Shinobi it’s okay for Dai to be here, signifying that this is a flashback. In the present day, David and Raynan discuss how to stealthily sell the next batch of drugs they’re receiving. Dai spots a boy, who looks to be around JG’s age, greeting other members of the gang. Reality sets in on how deep into this life he’s starting to find himself.

Dai meets with Seren’s family so they can head to the church. Seren is very quiet as his mother reveals a bruise on the side of her face. She says that Seren hit her, and Ray ridicules him for it. It’s Halloween, and the Pastor’s sermon mentions how no ghost nor ghoul will defeat the Son of Man. The Pastor’s preaching causes Dai to have some triggering memories involving him and Sky, and he has an outburst during church, proclaiming to be the son of man himself. Embarrassed, he quickly excuses himself from the church.

While recuperating in the church bathrooms Dai hallucinates and sees the back of Sky, a bullet in the back of his head. Scared, he returns to the congregation to see that Seren is singing “Wash All My Sins Away.” Seren convinces his parents to drop Dai home, where Gloria convinces them to let Seren spend the day with them so he can go trick-or-treating and attend a haunted house with him. Mx. Elijah decides to give Seren a costume by giving him a half suit-half dress hybrid.

When they offer to put makeup on Seren, resulting in his immediate discomfort, it doesn’t take much for The Ville mentor to notice that something’s going on with him. Seren likes his transformation and is ready to go out with the group (after David gets a clown wig put on him). It doesn’t take long for the landlord to try to berate Mx. Elijah for “infecting” Seren, but they return the remark with a cutthroat comment about the landlord’s T-Cell count, which quickly shuts her up. 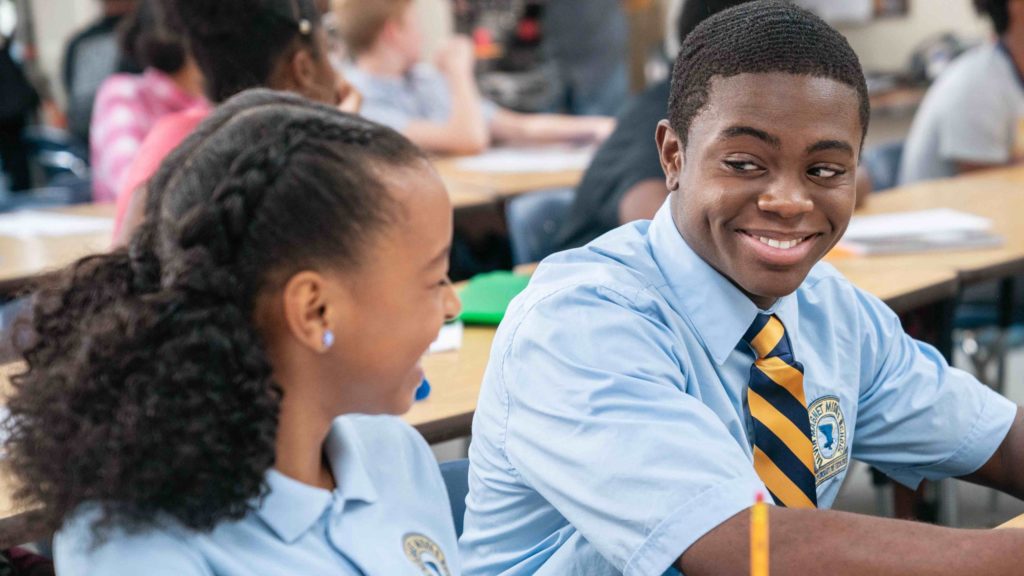 Raynan is visited by Tio Teo’s right-hand man and notices the various cell phones he has on the table. He questions whether or not Ray is a snitch when he sees a cell phone. After a tense moment, he reveals that he’s only joking with Ray, but his face says otherwise after leaving. As Tio Teo’s lackey leaves The Ville wearing his hockey mask and jumping off the side of the stairs, it triggers another memory of David’s about how Sky’s killer did and wore the same thing the night of his death. Coincidence?

That night, Dai and Seren have a heart-warming conversation about how concerned they are for one another. It’s also a conversation where Seren, more or less, may have admitted to having a slight crush on David maybe? But more importantly, Seren tells Dai he’ll “miss him” before giving him a letter. It’s vague but wrought with emotion. Is Seren running away, or worse? Mx. Elijah comforts Dai, telling him that he can’t save everyone. This triggers another memory of Dai, and we finally witness David seeing Sky’s murder. David comes to Raynan to talk about Sky but winds up getting in a verbal altercation with Shinobi. The anger and malice Shinobi has in his heart toward Dai is a plot point that has yet to be expanded on, but I’m definitely ready to find out where it comes from.

And then another anvil drops before “Son of Man” ends. Mx. Elijah and Shinobi have a sexual relationship! But even more so, Mx. Elijah wants 20% of the profits that the gang make, including easier access to the prescription drugs they have. It makes for quite a surprising reveal on several layers, due to Shinobi’s casual homophobia and Mx. Elijah seemingly having nothing to do with the gang before now. However, this twist contextualizes everything as well.

“Son of Man” ends with a montage of wounds various characters have received, both physical and mental. Seren cleans up a busted lip received from one of his parents, the landlord takes medication for HIV, Gloria’s hip injury is at its worst, and Dai looks out the window to be haunted by an image of Sky’s corpse on the front lawn.

David Makes Man Episode 7 gives us a lot by allowing Seren to be brought into Dai’s world for a change while establishing new dynamics and twists that are sure to be unraveled further come the season’s end. It’s another strong entry in what has already been a consistently fantastic freshman season.