A British comedy-drama about female killers is a much more satisfying cocktail than that description would suggest. Debut feature from Staten Cousins-Roe.

A British comedy-drama about female killers is a much more satisfying cocktail than that description would suggest. Debut feature from Staten Cousins-Roe.

I can’t think of many comedies about serial killers, and certainly none about female serial killers, but that’s exactly what A Serial Killer’s Guide to Life is. I had no idea how that was going to work, having read about the self-help angle (someone gets pissed off about her lack of Eat, Pray, Love success?), but work it does, in breezy countryside style.

Lou (Katie Brayben) is a timid, small-town woman, who works in a shop when not looking after her nasty, demanding mother (Sarah Ball). She listens to every self-help advice she can find, seemingly in the hope that the suggestions will simply rub off on her without her having to do anything. Then one day, having been piqued by an acquaintance’s remark “good luck with the self-improvement”, she decides to take the plunge of a journey with Val (Poppy Roe), who seems to represent the person Lou wishes she could be… The audience finds out long before Lou that Val is a killer.

The sense of British isolation in Lou’s sheltered life is incredibly well-drawn, so that the viewer feels sympathy and understanding towards her, rather than pities her. Braydon makes the role seems so natural, totally her own, that I’m struggling to imagine her as anyone else (though apparently I saw her last year in The Alienist). Val, in extreme contrast, is a self-assured visitor, standing upright and speaking clearly about her ambitions, while keeping her judgment on others private; it is completely understandable how Lou is drawn to her. The people they meet on their journey of visits to “alternative self-help and therapy” practices are a satire of middle-class smug know-it-alls (who each get what they deserve), and exactly the people you might see on the back of pop psychology books and CDs in shops. 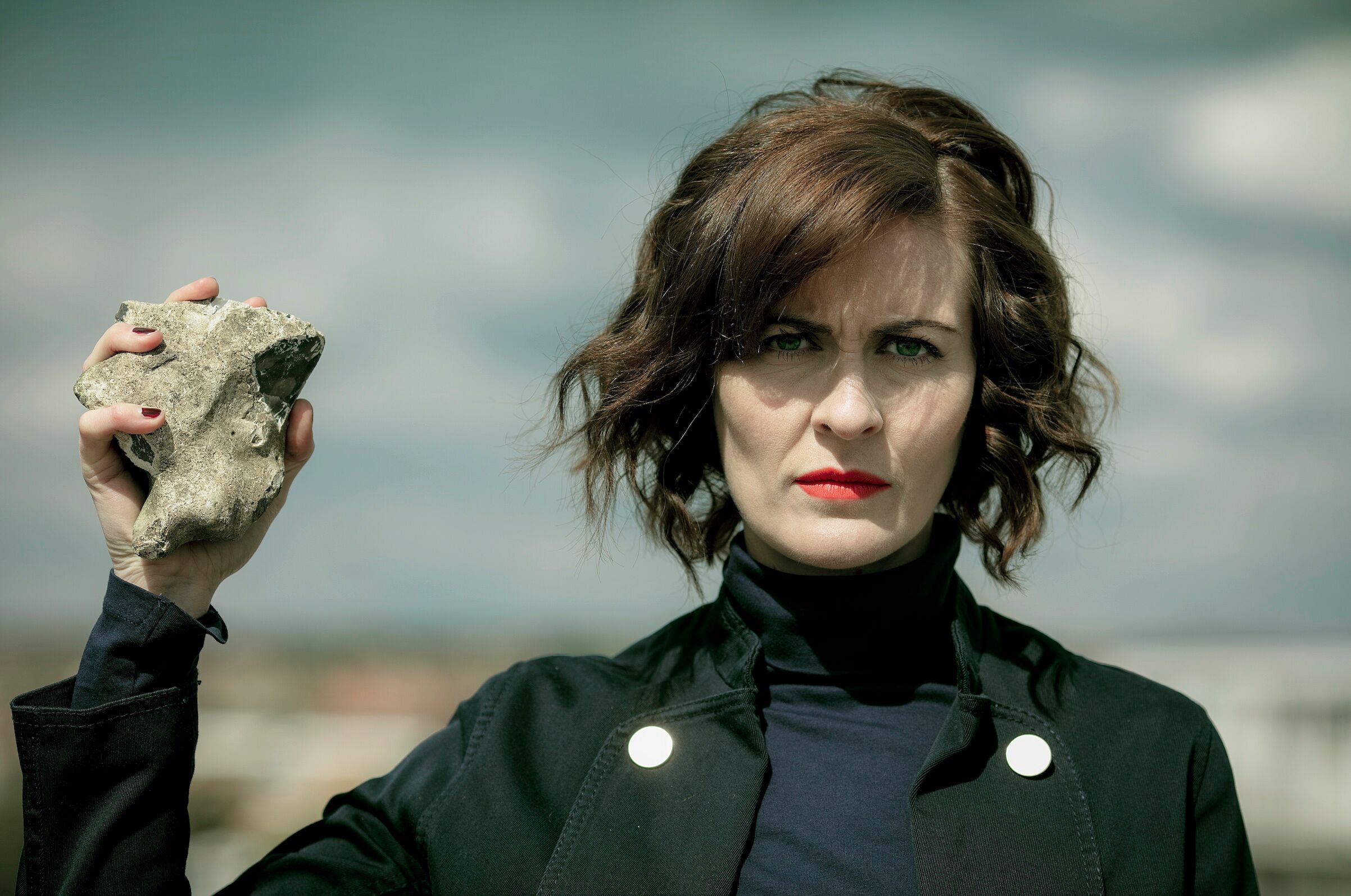 A Serial Killer’s Guide to Life is essentially a road trip for these two women, and I’ve seen it likened to Thelma and Louise so much that I’m reluctant to bring that film up. There is an obvious similarity, but the style is quite different. Like several other Grimmfest films, A Serial Killer’s Guide to Life is a debut feature for its writer/director, Staten Cousins-Roe, and he has created something very much his own here: the dry, sarcastic humor, the innocent inspired to find “empowerment”… sure, we’ve seen these things before, but not combined like this. The cinematography and color palette especially brought to mind cold British seaside outings, and all the sets were beautifully realized, especially the outdoor ones. The style, the writing, the characters were all quite original, even if the story itself wasn’t quite.

The only thing which spoiled the film (briefly) for me was a feeling I had at the end that it was inspired more by a more testosterone-fuelled film than Thelma and Louise (I can’t tell you which for the sake of avoiding spoilers). It didn’t take long to realize though that the device in question fitted A Serial Killer’s Guide to Life even more beautifully than the film where I’d seen it before.

I wonder if there might be other stories to be told about Lou? She may have had other adventures, other ambitions, before the ones we see here. I’d love to learn more about her, or at the very least find out how life went wrong for her mother.