Home » TV » TV Recaps » The Terror Recap: This Is A Mess And None Of It Makes Sense

The Terror Recap: This Is A Mess And None Of It Makes Sense

“My Sweet Boy” was a lazy, muddled episode that made an impressively little amount of sense.

“My Sweet Boy” was a lazy, muddled episode that made an impressively little amount of sense.


This recap of The Terror Season 2, Episode 8, “My Sweet Boy”, contains spoilers. You can check out our thoughts on the previous episode by clicking these words.

This show is, in the most polite possible terms, an absolute mess. It’s almost impressive. Making this little sense, narratively or artistically, must require a conscious effort. Even the basics of character logic are all over the place at this point; it’s impossible to tell what any given character actually wants from any of this, even — perhaps especially — the mysterious undead ghoul Yuko (Kiki Sukezane), who we’re still supposed to be scared of.

Following another time skip, “My Sweet Boy” joins Chester (Derek Mio) and Luz (Cristina Rodlo) living on an idyllic farm, though the latter can’t decide if she wants Chester there or not (women, eh?). She does, then she doesn’t, then she’s pregnant. It’s ridiculous. Obviously Chester is still preoccupied with finding his a*s-pull twin brother, but he can’t. Then he can, because Luz’s grandmother reveals pretty much out of nowhere than she’s magic and can communicate with the dead, and everyone just blithely accepts this. We’ve gone from characters flat-out refusing to acknowledge the clear, proven existence of spirits to them simply treating the notion with an uninterested shrug. 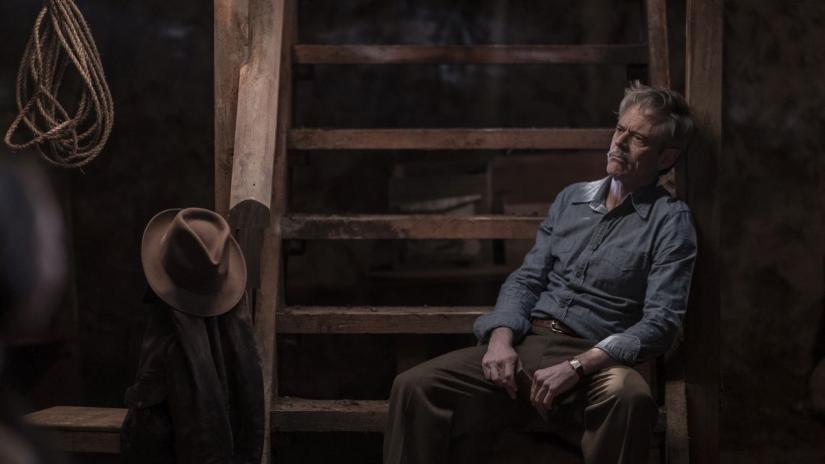 Chester is then warped into a weird pocket dimension contained inside the photograph of his little bro, Jirou, so they can be sad together and play catch, and while there should be some kind of emotional power in this scene it’s just ridiculous, playing out like no single scene that has come before in the entire series. Eventually, Yuko possesses Chester — she can just do that, apparently, begging the question of why she didn’t do it in, like, the first episode — and uses his body to drag Jirou down into her perfect little underworld vacation home. What was the point of even introducing this kid?

Elsewhere in “My Sweet Boy”, Major Bowen (C. Thomas Howell) kidnaps Amy (Miki Ishikawa) for exposing his abuses of power, locks her in a makeshift dungeon, and then just bizarrely rants about various things until she teleports her way free, smacks him with a chair and drowns him in a puddle. And I’m sure we’re not really expected to believe that she teleported, but it’s the only way I could possibly explain her escape, so that’s what we’re going with.