Batwoman Recap: A Matter of Family

“The Rabbit Hole” honed in on Kate’s relationship with Beth/Alice in a patient chapter slightly atypical of a superhero show.

“The Rabbit Hole” honed in on Kate’s relationship with Beth/Alice in a patient chapter slightly atypical of a superhero show.


This recap of Batwoman Season 1, Episode 2, “The Rabbit Hole”, contains spoilers. You can check out our thoughts on the previous episode by clicking these words.

You have to respect Batwoman Episode 2 for taking the time it needed to flesh out the mythology of Kate Kane (Ruby Rose) when it obviously would have been more prudent to have her Bat-slap another recognizable villain. It’s an atypical approach for a network superhero show, especially so early in its debut season, and it implies a lot of confidence in the brand that I hope doesn’t backfire. This being the CW, a network reticent to cancel even its most terrible shows, Batwoman, a decent one, has a lot of legs, but as much as I appreciate something like “The Rabbit Hole”, its focus on character development and worldbuilding is only going to matter in the long-term if we can get past some of the show’s short-term problems, such as its over-reliance on tropes — we can add “wicked stepmother” to this list now — and that awful-looking suit.

Nevertheless, I’m glad that “The Rabbit Hole” played certain storytelling beats on fast-forward, chief among them the real identity of Alice (Rachel Skarsten) and what that means to both Kate and her father, Jacob (Dougray Scott). Kate currently masquerading as bargain bin Batman is a big enough secret; we don’t need more deception for the sake of cheap cliffhangers and stretched-out plots, and luckily it doesn’t seem like we’re going to get that. Besides, there’s quite enough to fret over as it is, not least the enigmatic machinations of Catherine Hamilton-Kane (Elizabeth Anweis), Kate’s great relationships with both Luke Fox (Camrus Johnson) and her step-sister Mary (Nicole Kang), and wherever Kate’s relationship with Sophie (Meagan Tandy) is going. 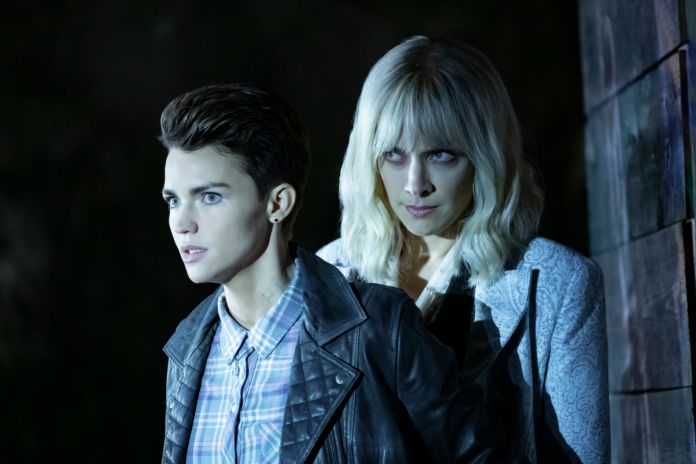 Batwoman Episode 2 proves that, if nothing else, the show has these interesting character foundations to build on, even while it’s overarching themes are less clear. Is it about not being able to trust anyone or realizing that you need to trust somebody, even if it’s someone you wouldn’t necessarily expect to? Both Mary and Luke have proven themselves allies to Kate, whereas Catherine and her own sister have proven themselves adversaries. And while “The Rabbit Hole”, like the premiere, at least hints at social decline and the need for an emblematic figure in the absence of Batman, I’m still not sure that this show knows what to do in that regard. Not yet, anyway.